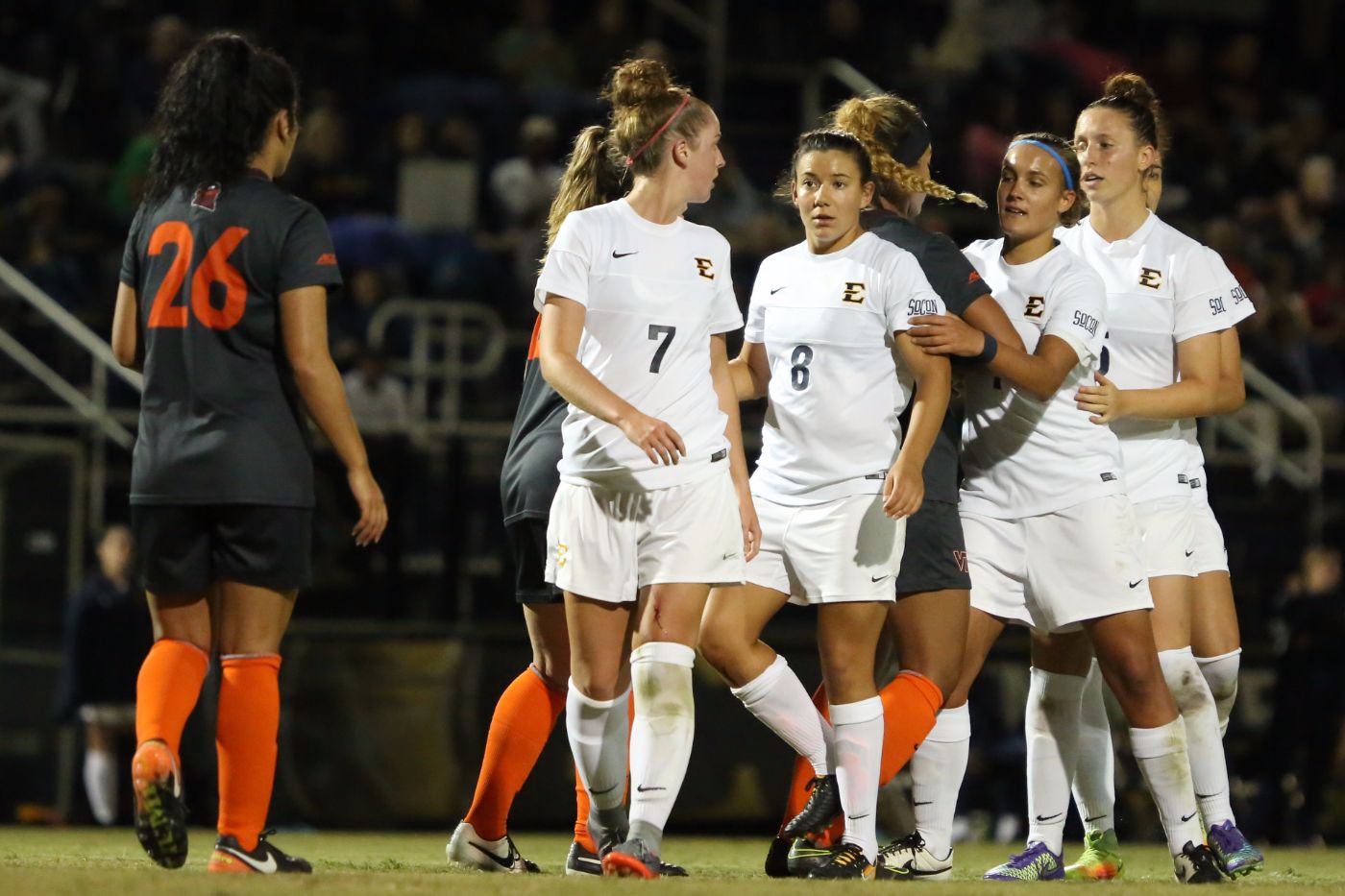 FAIRFAX, Va. (Sept. 15, 2017) – Two offensive barrages, one in each half, were too much for ETSU’s women’s soccer team to overcome, as the Bucs dropped a 6-1 result to George Mason on Friday night in Fairfax, Va.

The host Patriots stormed out of the gates and outshot ETSU 18-1 in the first 45 minutes. GMU got its first goal on Emily Littel’s close-range shot into the upper-right corner of the net at 18:26, and stretched the lead to 2-0 on Nicolette Herdegen’s 10-yarder at 37:33.

George Mason broke out again in the 2nd half to put the match out of reach. Rebecca Callison’s blast from 18 yards out found the net at 58:40, and Niomi Serrano’s penalty kick at 59:27 made the score 4-0.

The Bucs broke through at 64:11, on the first goal of the season from Isabel Hodgson (Adelaide, Australia). The junior took a pass from Rachel Harbin (Arlington, Tenn.) and buried it into the lower left, from 15 yards out.

The Bucs (2-6-0) played Friday’s match at George Mason Stadium without starting goalkeeper Lea Ann Cutshall (Johnson City, Tenn.) and second-leading scorer Pauline Vienne (Lausanne, Switzerland). Vienne is playing for the Swiss national team in a pair of World Cup qualifiers – the Swiss picked up a 4-1 road win at Albania on Friday, and will host Poland for the lead in UEFA Group 2 on Tuesday, September 19.

Friday was ETSU’s final non-conference match of 2017. The Bucs now set their sights on their Southern Conference opener, against Chattanooga, at Summers-Taylor Stadium on Friday, September 22. Kickoff is scheduled for 7:00 pm.