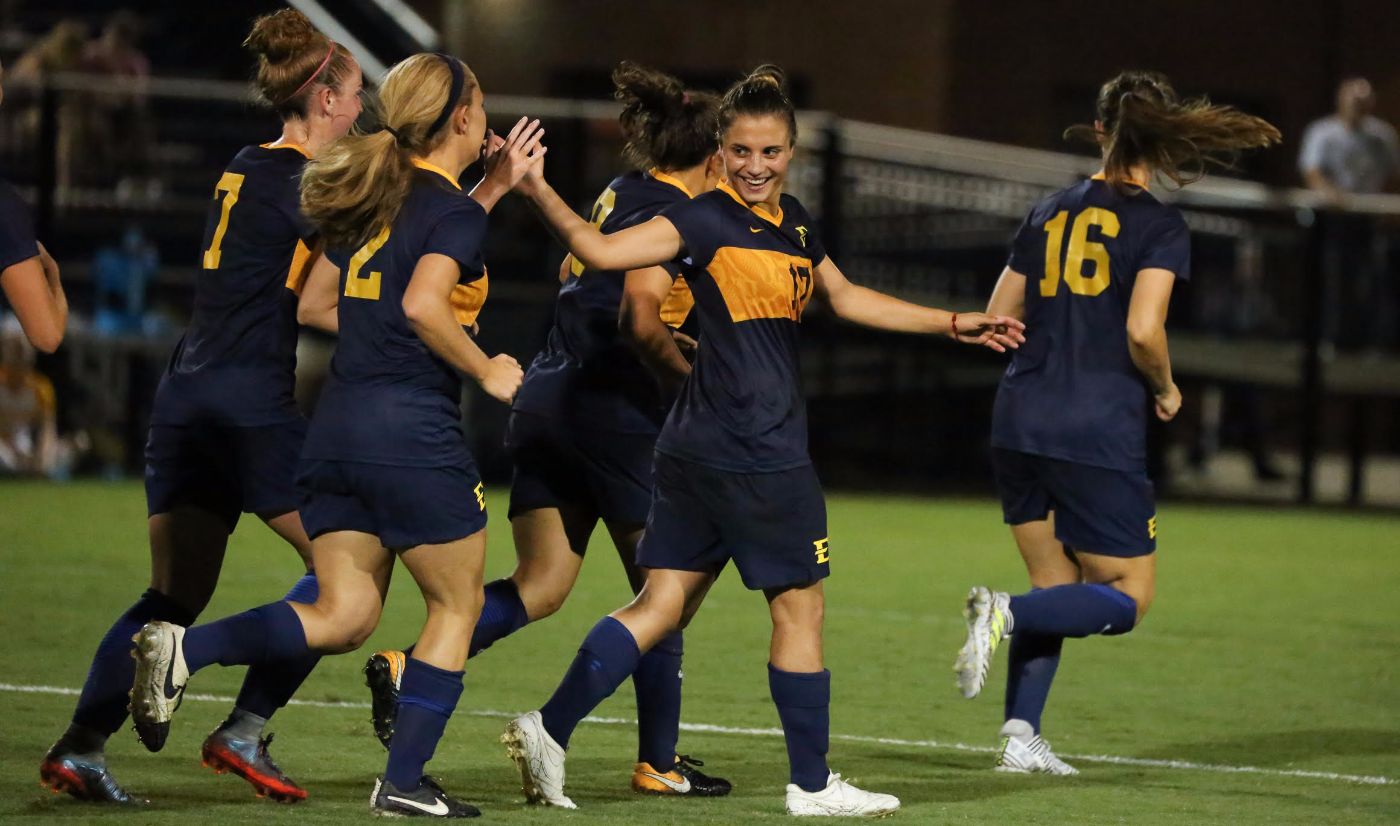 Getting goals from three different players, the Bucs opened their Southern Conference schedule -- and snapped a four-match losing streak -- with a 3-0 victory over Chattanooga at Summers-Taylor Stadium.

The three goals were the most the Bucs scored in a game since an 8-0 win over South Carolina State in the season opener on August 18.

ETSU got on the board first on a 10-yard strike from Maegan Sours (Erie, Colo.) less than three minutes into the game.

“It felt good when it left my foot,” Sours said. “The play opened up and I had a chance, and, thankfully, it went in.”

That goal stood up until early in the 2nd half, when Raffaella Guiliano (Caserta, Italy) electrified the home crowd with an unlikely 30-yard laser-beam into the upper-left corner, staking the Bucs to a 2-0 advantage with 54:07 left to play. It was the freshman’s first career goal.

ETSU put the match out of reach with less than 11 minutes remaining. Eleanora Goldoni (Ferrara, Italy) found the back of the net with a 15-yarder, off a free kick from Emily McKerlie (Dumfries, Scotland). It was Goldoni’s 7th goal of the season and the 24th of her career, tying her with Simona Koren for 6th on the Bucs’ all-time list.

ETSU goalkeeper Lea Ann Cutshall (Johnson City, Tenn.), back between the pipes after a three-game absence, recorded three saves as the Bucs posted their third shutout of the season.

The victory came despite a short-handed lineup that did not include second-leading scorer Pauline Vienne (Lausanne, Switzerland), who only recently returned to the team after a stint overseas playing for the Swiss national team in two World Cup qualifiers last week.

“We didn’t have our full complement available, so we had to play a different formation tonight,” said ETSU head coach Adam Sayers. “We had players in roles they weren’t familiar with, and they played as well as we could’ve asked. The effort was outstanding. It’s very important to open the conference schedule how we did.”

The Bucs don’t have much time to enjoy Friday’s victory. ETSU will host three-time defending SoCon champion Samford on Sunday, September 24, with kickoff at 2:00 pm.