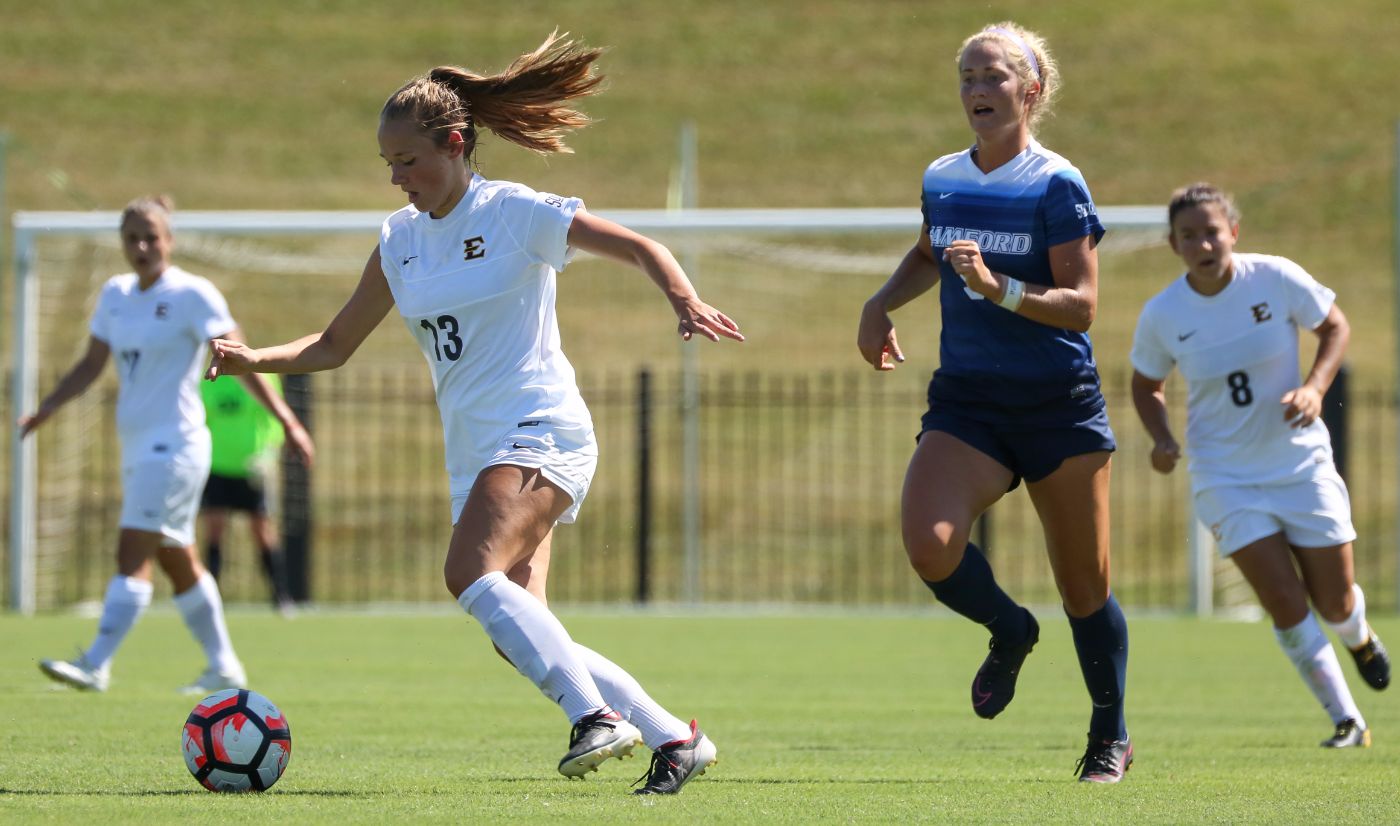 JOHNSON CITY, Tenn. (Sept. 24, 2017) – Hampered by a limited bench, and playing less than 48 hours after an emotional victory Friday night, the ETSU women’s soccer team dropped a 2-0 decision to Samford in a Southern Conference on Sunday afternoon at Summers-Taylor Stadium.

The Bucs (3-7-0, 1-1) had only five available reserves against the three-time defending conference champions on a sunny, 85-degree day, and the Bulldogs (6-5-1, 2-0) took advantage. Samford made 21 substitutions over the course of the match compared to eight for the Bucs, including a 15-7 margin in the 2nd half.

ETSU goalkeeper Lea Ann Cutshall (Johnson City, Tenn.) helped keep the game scoreless though the 1st half with a pair of acrobatic saves. Cutshall denied Ella Baggett’s 15-yard strike at 26:39, punching it over the crossbar, and did the same to Caroline Orman’s attempt at 37:52.

But buoyed by superior numbers, Samford broke through in the 2nd half. Abriella Argueta’s shot through heavy traffic in the penalty area at 51:53 gave the Bulldogs the lead, and Orman’s 8-yarder at 64:10 closed out the scoring.

The Bucs’ best chances came in the 1st half. A header by Eleonora Goldoni (Ferrara, Italy) ended up in the arms of Bulldogs keeper Anna Maddox at 14:57, and Maegan Sours (Erie, Colo.) saw Maddox save her attempt at 18:28.

ETSU gets a few days’ break before visiting UNC-Greensboro for a SoCon match on Friday, September 29. Kickoff is scheduled for 7:00 pm