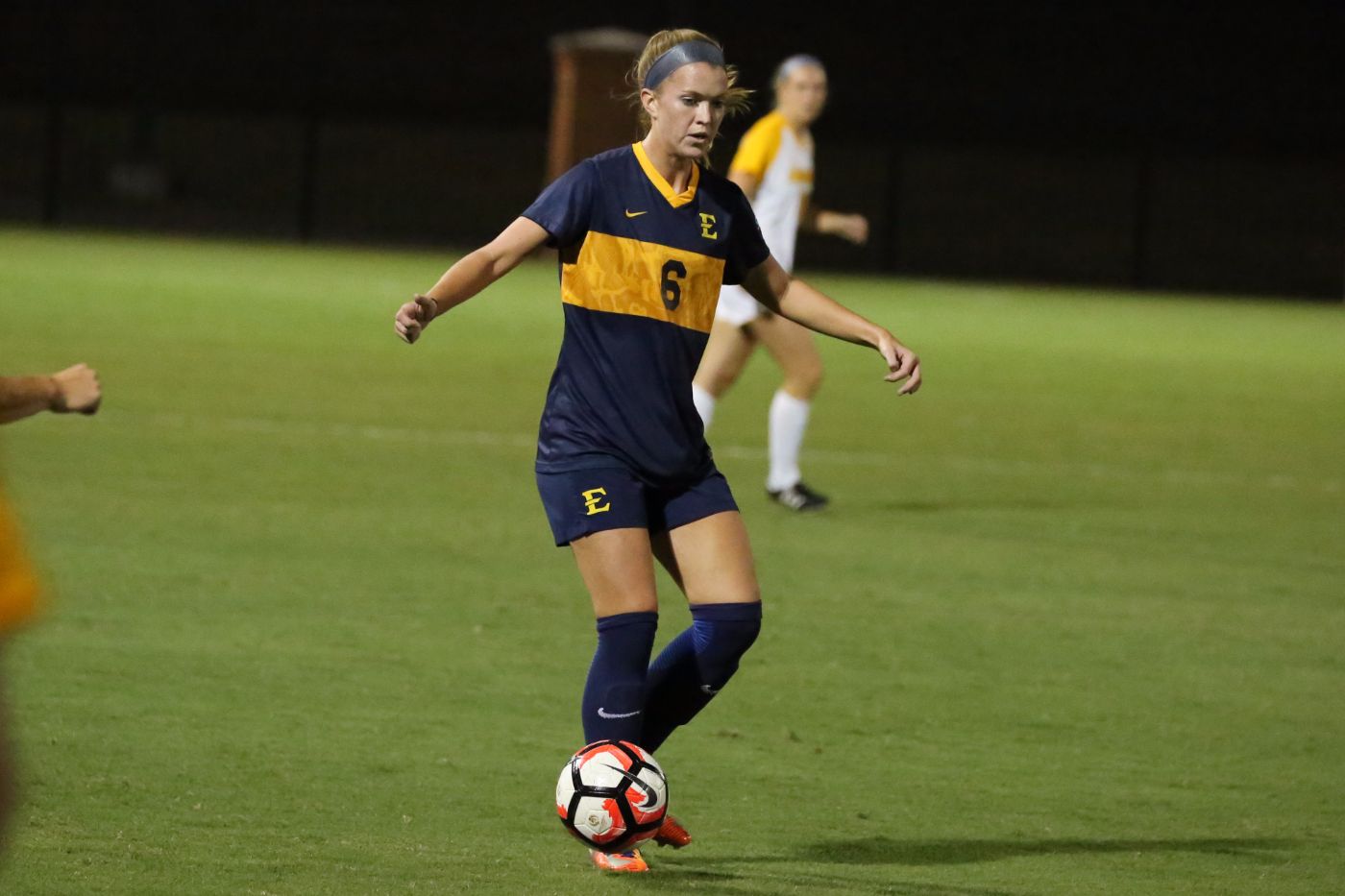 GREENSBORO, N.C. (Sept. 29, 2017) – A pair of goals roughly ten minutes apart, bridging halftime, were too much to overcome for ETSU’s women’s soccer team in a 2-0 setback at UNC-Greensboro in a Southern Conference match Friday night in Greensboro, N.C.

The Spartans took the lead on Heida Vidarsdottir’s goal at 36:42 of the 1st half, off a cross from Cienna Rideout, out of traffic in front of the net from five yards out.

UNCG (5-6-1, 2-1) doubled its advantage 93 seconds after the 2nd half kickoff, when Regan Lehman’s shot from the edge of the penalty area rebounded to Rideout, who booted it in from eight yards out.

The Bucs responded quickly after Rideout’s goal. Rachel Harbin (Arlington, Tenn.) drilled a shot off the post at 47:00, and a bid by Eleonora Goldoni (Ferrara, Italy) was denied at 48:37. ETSU pressed the attack again later in the half – Brittney Jones (Germantown, N.C.) fired wide at 62:30, and another Goldoni shot was saved a little more than a minute later – but couldn’t find the net.

Emily McKerlie (Dumfries, Scotland) saw her bid for a goal denied at 74:31, and Goldoni steered a header wide at 81:06.

The Bucs were once again didn’t have a fully available roster, and were without second-leading scorer Pauline Vienne (Lausanne, Switzerland) for the fifth consecutive match. UNCG made 14 substitutions to seven for ETSU, with a 10-5 advantage in the 2nd half.

The Bucs (3-8-0, 1-2) conclude their two-game weekend road trip with a visit to SoCon foe VMI on Sunday, October 1. Kickoff at Patchin Field in Lexington, Va. is scheduled for 2:00 pm. Streaming video will not be provided, but Live Stats will be available here.