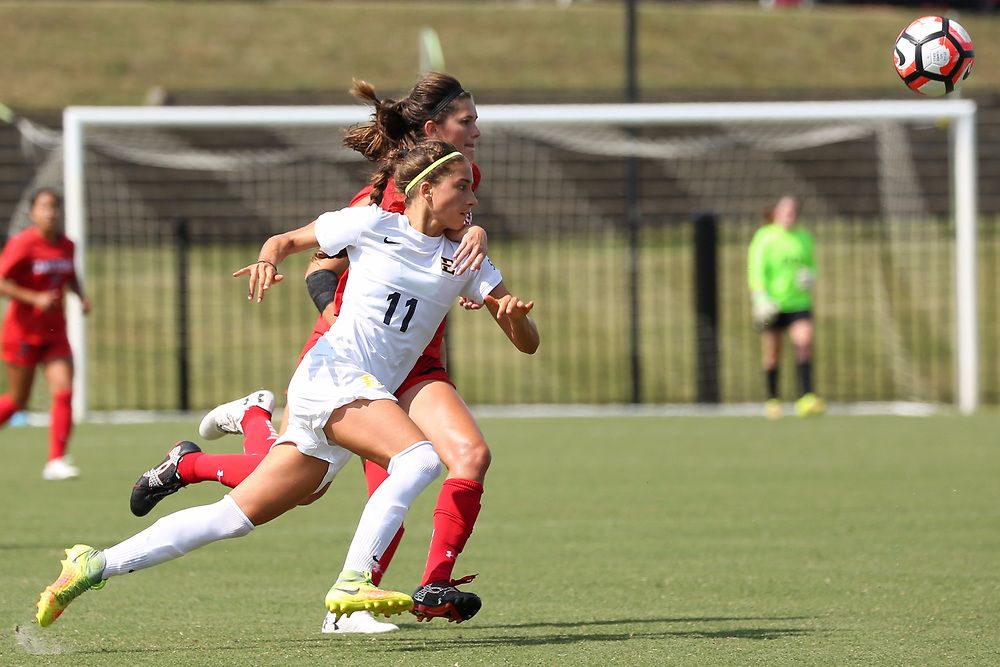 LEXINGTON, Va. (Oct. 1, 2017) – The ETSU women’s soccer appeared to be in a position to take a point, on the road, in their Southern Conference match against VMI on Sunday afternoon. But a late penalty kick gave the Keydets a 1-0 result at Patchin Field in Lexington, Va.

The low score belied a back-and-fort match in which the two teams combined for 32 shots and eight shots on goal. Bucs’ leading scorer Eleonora Goldoni (Ferrara, Italy) led all players with six shots (two on goal), and Isabel Hodgson (Adelaide, Australia) added four shots of her own. In the 2nd half, ETSU outshot VMI 11-7, and generated two shots on goal after the PK, but couldn’t break through.

The Bucs (3-9, 1-3) were again without second-leading scorer Pauline Vienne (Lausanne, Switzerland). Both sides played just four reserves in their second game of the weekend, although ETSU’s substitutes played 145 minutes to the Keydets’ 96.

ETSU’s best chance may have come late in the 1st half. In a span of a little more than two minutes, starting at 32:39, Hodgson missed a shot wide right, Goldoni missed one wide left then, 42 seconds later, put a header off the crossbar. Goldoni also fired two shots within 28 seconds in the 63rd minute, but the first was blocked and the second saved by VMI keeper Ceci Keppeler.

Sunday was VMI’s first win over ETSU in five all-time meetings. The series between the teams dates back only to 2013.

Up next for the Bucs is a Homecoming Week matchup against SoCon foe The Citadel, Wednesday, October 4 at Summers-Taylor Stadium. Kickoff is scheduled for 7:00 pm.