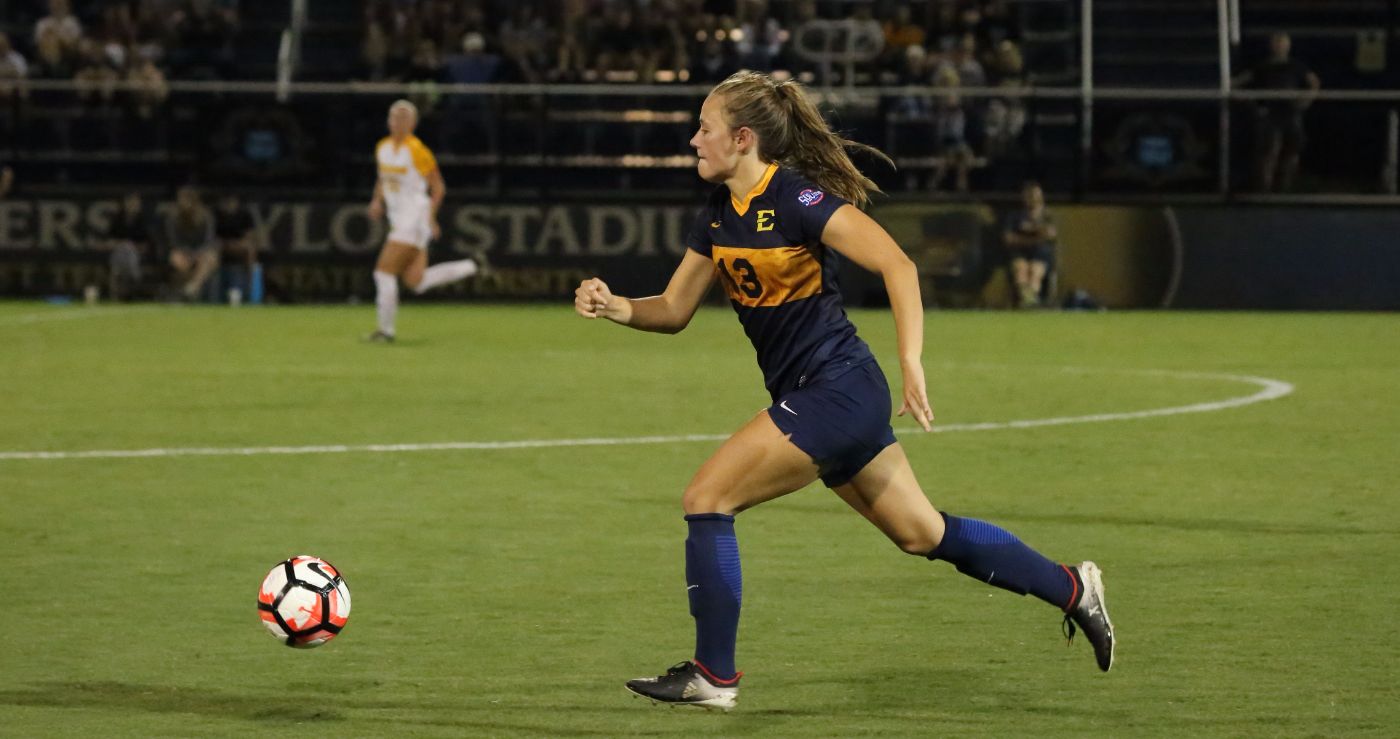 JOHNSON CITY, Tenn. (Oct. 3, 2017) – The ETSU women’s soccer team will host the first home game of ETSU Homecoming Week, taking on The Citadel in a Southern Conference match on Wednesday, October 4 at Summers-Taylor Stadium. Kickoff is scheduled for 7:00 pm.

The Bucs are back home after two-game road trip last weekend that resulted with a 2-0 setback at UNCG on Friday night, and a heartbreaking 1-0 loss at VMI on Sunday in which the deciding goal came on a penalty kick in the 85th minute.

The Citadel spent last weekend on their home pitch in Charleston, S.C., dropping a 4-0 decision to Furman on Friday night and a 1-0 loss to Wofford on Sunday.

ETSU has been plagued by injuries and could well again be shorthanded on Wednesday. Starting goalkeeper Lea Ann Cutshall (Johnson City, Tenn.) had to miss three matches in mid-September before returning to the pitch, and second-leading scorer Pauline Vienne (Lausanne, Switzerland) has been out of the lineup for the last six games.

The Citadel’s offense is led by Cierra Skyers (3 G, 1 A), who’s 7th in the SoCon in shots per game (2.8). Complementing Skyers are Tinslee Dilday and Logan Dix, who each have two goals and two assists. Caroline Cashion has two goals and an assist, and Maria Contreras a goal and three assists.

Wednesday will be the 9th-ever meeting between the Bucs and Bulldogs. ETSU is 7-0-1 over the first eight, outscoring The Citadel 42-5, and has a four-game winning streak. The only match the Bucs didn’t win was a 2-2 draw in Charleston on September 26, 2004.

Goldoni’s next goal will be the 25th of her career and will move her past Simona Koren for 5th on the Bucs’ all-time list. Goldoni is three goals shy of Jordan Monty and Sarah Zadrazil in 4th place.

Goldoni’s 54 career points are one back of Molly Collinson for 6th all-time and five behind Koren for 5th. Goldoni stands in 4th in ETSU’s career list in shots on goal (64) and is 13 behind Ramey Kerns for 3rd.

In goal, Cutshall has eight career wins, and the next will lift her into a tie with Anna Yancey for 4th most all-time.

Live Video is here. Mike Gallagher will be on play-by-play for the SoCon Digital Network.

The Bucs will conclude Homecoming Week with a SoCon match against Mercer on Sunday, October 8. Kickoff is at 2:00 pm at Summers-Taylor Stadium.