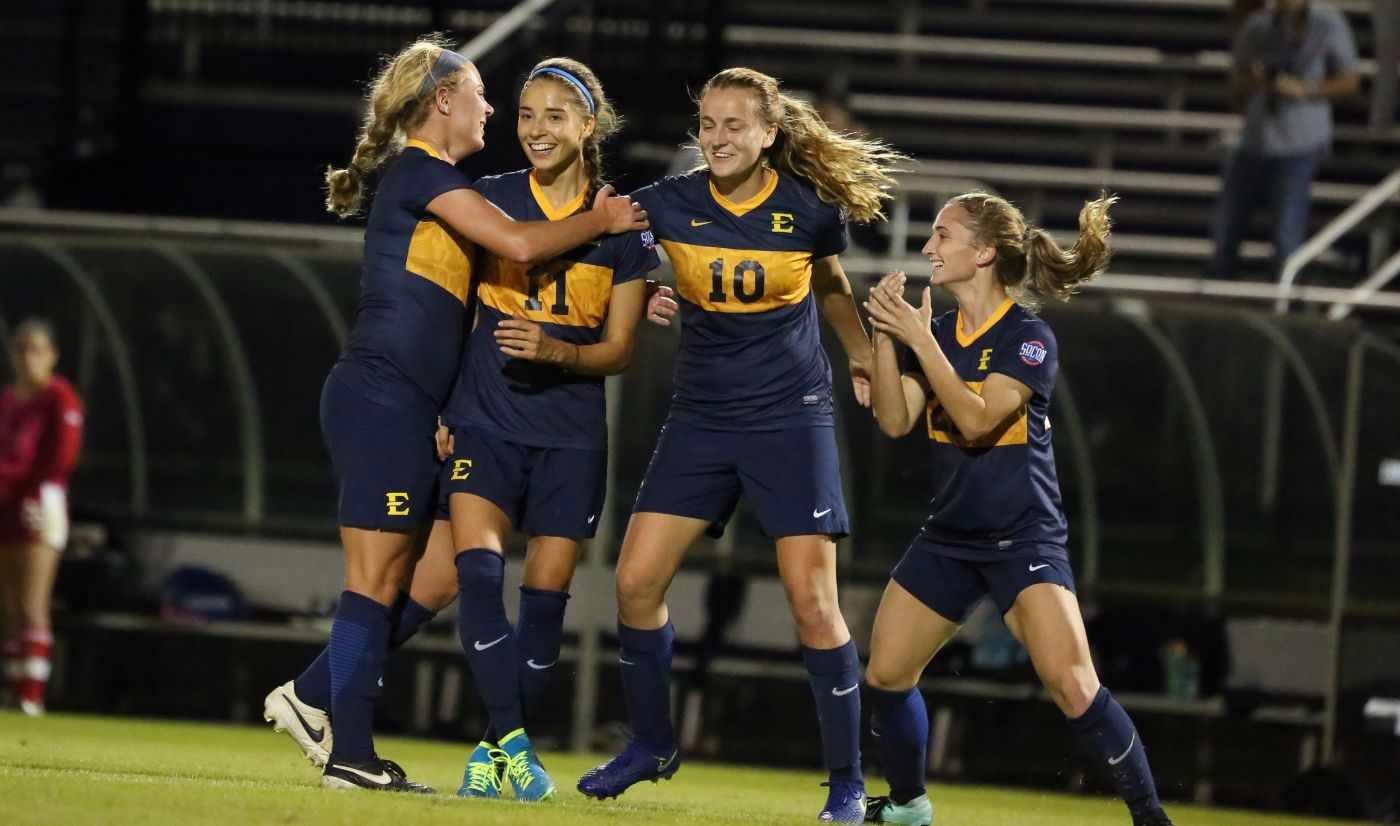 The ETSU women’s soccer team hosted the first home game of Homecoming 2017, and used a barrage of goals early in the 2nd half to defeat The Citadel, 4-2, in a Southern Conference match Wednesday night at Summers-Taylor Stadium.

Eleonora Goldoni (Ferrara, Italy) got a natural hat trick – scoring ETSU’s first three goals of the night – and Sarah Connolly (Ballygowan, Northern Ireland) added the clincher in the 80th minute as the Bucs (4-9-0, 2-3-0) remained unbeaten in nine all-time matchups against the Bulldogs.

The Bucs outshot the Bulldogs 10-3 in the first 45 minutes, and leveraged the advantage for a 1-0 lead at halftime. Goldoni put ETSU in front when she found herself in space in the penalty off a misplay by the Bulldogs’ backline and blasted a shot past the keeper’s right with 12:20 to play.

Goldoni struck again less than ten minutes into the 2nd half, taking advantage of another stumble by the Citadel defense to bury one from close range.

The junior got her 3rd goal of the night – and 10th of the season – when she took a cross from Rachel Harbin (Arlington, Tenn.) and put it in the top shelf. It was Harbin’s third assist of the year.

Goldoni’s big night raised her career goal total to 27, vaulting into a tie with Jordan Monty and Sarah Zadrazil for 4th on the Bucs’ all-time list. Goldoni’s six-point night gives her 60 for her career and moves her past Simona Koren for 4th all-time. Goldoni put seven shots on goal Tuesday night, improving her to 71 in her time at ETSU and six shy of Ramey Kerns for 3rd on the career list.

Connolly extended the Bucs’ lead to 4-0 with her first collegiate goal. The freshman found herself free inside the penalty and pounced on a loose ball, firing into the left side of the net. Emily McKerlie (Dumfries, Scotland) got the assist, her first of 2017.

The Citadel broke up ETSU’s shutout bid with a pair of goals in the final ten minutes. But the Bucs improved to 8-0-1 all-time against the Bulldogs and have outscored The Citadel, 46-7, in a series that dates back to 2001.

Up next for the Bucs is a SoCon home match against Mercer on Sunday, October 8. Kickoff is at 2:00 pm at Summers-Taylor Soccer Stadium.