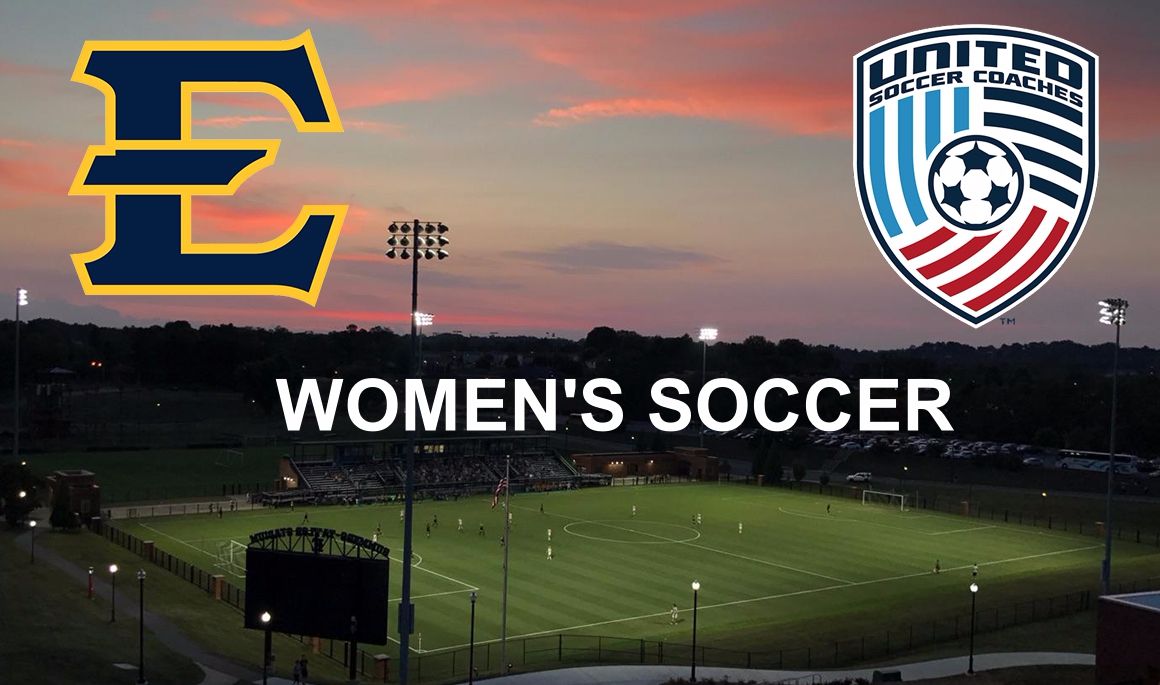 JOHNSON CITY, Tenn. (Oct. 5, 2017) – ETSU’s women’s soccer team had a successful year on the field in 2016, posting a record of 13-6-2 and reaching the Southern Conference Tournament final for the first time in program history.

The Bucs were also successful in the classroom, and today were named as a Team Academic Award Winner for 2016-2017 by United Soccer Coaches (formerly the National Soccer Coaches Association of America).

Teams at all levels of collegiate competition – from community colleges through NCAA Division I – are eligible for consideration, and 540 women’s teams made the cut. Of that group, only 25 squads had a better GPA than the Bucs.

“They’re excellent role models in the classroom, on the pitch, and in the community,” said Sayers. “I’m very proud to be fortunate enough to work with them. They’re a fantastic group of young women.”

It's the ninth straight year the Bucs have earned the award, and the 12th in the last 16.

The ETSU men’s team also earned the United Soccer Coaches award, making ETSU one of only 203 schools to place both its women’s and men’s teams among the academic best.

The ETSU women’s next match is against SoCon rival Mercer on Sunday, October 8. It’s the final home game of the Bucs’ Homecoming Week, and kickoff is scheduled for 2:00 pm at Summers-Taylor Soccer Stadium. Look for a preview of Sunday’s match tomorrow here on etsubucs.com.