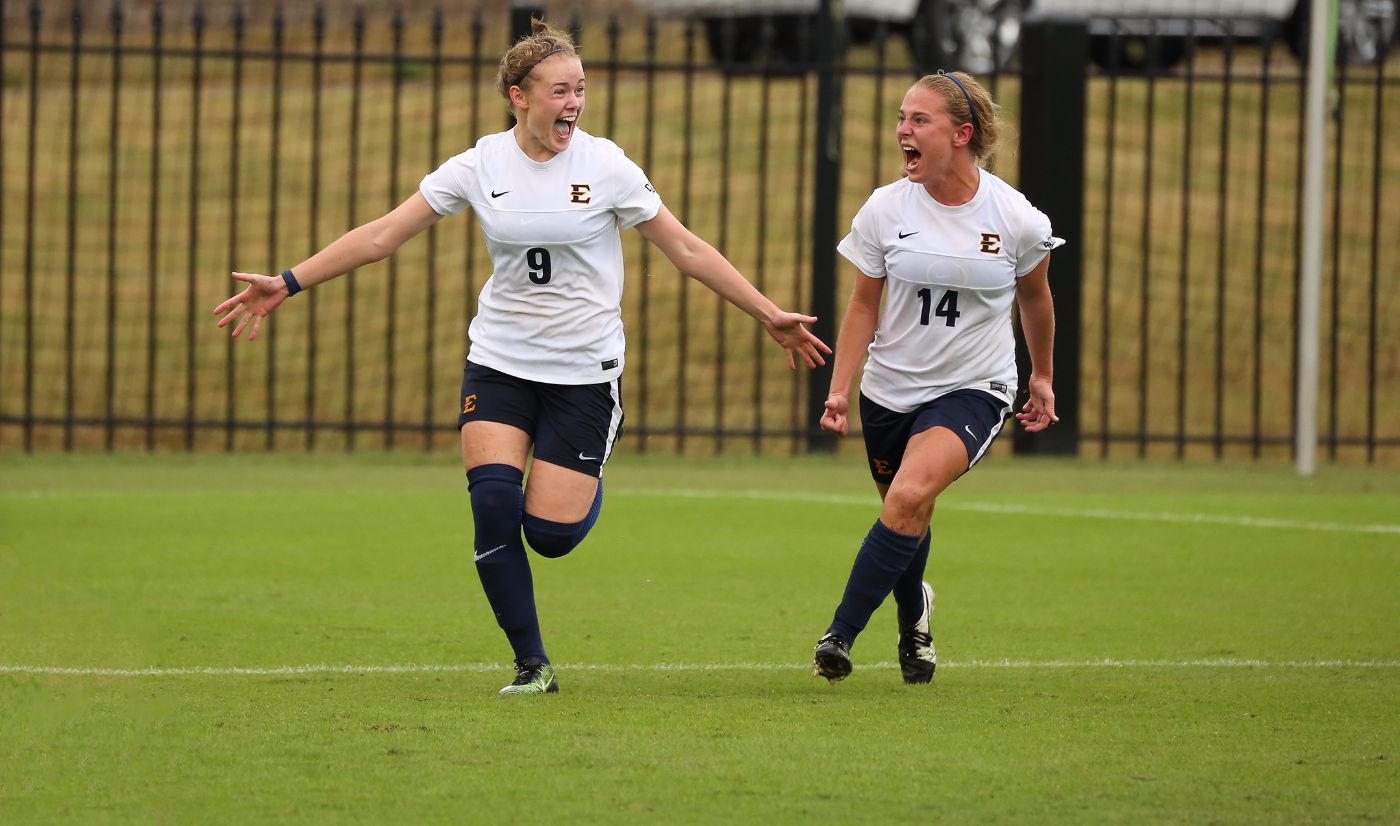 Turns out the Bucs had just enough.

A penalty kick by Sarah Connolly (Ballygowan, Northern Ireland) with 1:18 remaining in the first overtime provided the difference in a 1-0 victory on a soggy Sunday afternoon at Summers-Taylor Stadium.

The victory capped off a successful Homecoming Week for ETSU. Following a 4-2 defeat of The Citadel on Wednesday night, Sunday’s win brought the Bucs back to a level 3-3-0 in the SoCon and in the top half of the league standings.

Connolly’s game-winner capped an end-to-end extra period in which both teams took their turns. Beatrice Abati (Milano, Italy) shot a 20-yarder on ETSU’s first trip down the pitch, but it went wide, and the Bucs’ defense prevented the Bears from getting much in the way of good looks.

With time winding down, a Mercer player pulled down Connolly in the penalty area, and the freshman coolly buried the PK into the right corner of the net.

ETSU prevailed despite a roster that was without leading scorer Eleonora Goldoni (Ferrara, Italy) – who had a hat trick in Wednesday’s win over The Citadel -- and second-leading scorer Pauline Vienne (Lausanne, Switzerland). The Bucs also lacked Cathy Rees (Scarva, Northern Ireland) and Maegan Sours (Erie, Colo.), who’ve combined for eight points this season.

Sunday’s match saw a static 1st half in which the two sides attempted only a combined five shots. The pace picked up after halftime, and Mercer nearly broke through on their first possession of the 2nd half when Jasmine Spence fired a shot from the edge of the penalty area only to see Bucs goalkeeper Lea Ann Cutshall (Johnson City, Tenn.) punch it over the crossbar.

Sunday’s win was ETSU’s 4th win all-time against Mercer in a series that dates back to 2005, with each Bucs win coming in Johnson City. The two teams have played 14 times, with five matches going into overtime.

Up next for the Bucs is a visit to Wofford for a SoCon match on Friday, October 13. Kickoff is scheduled for 7:00 pm at Snyder Field in Spartanburg, S.C.