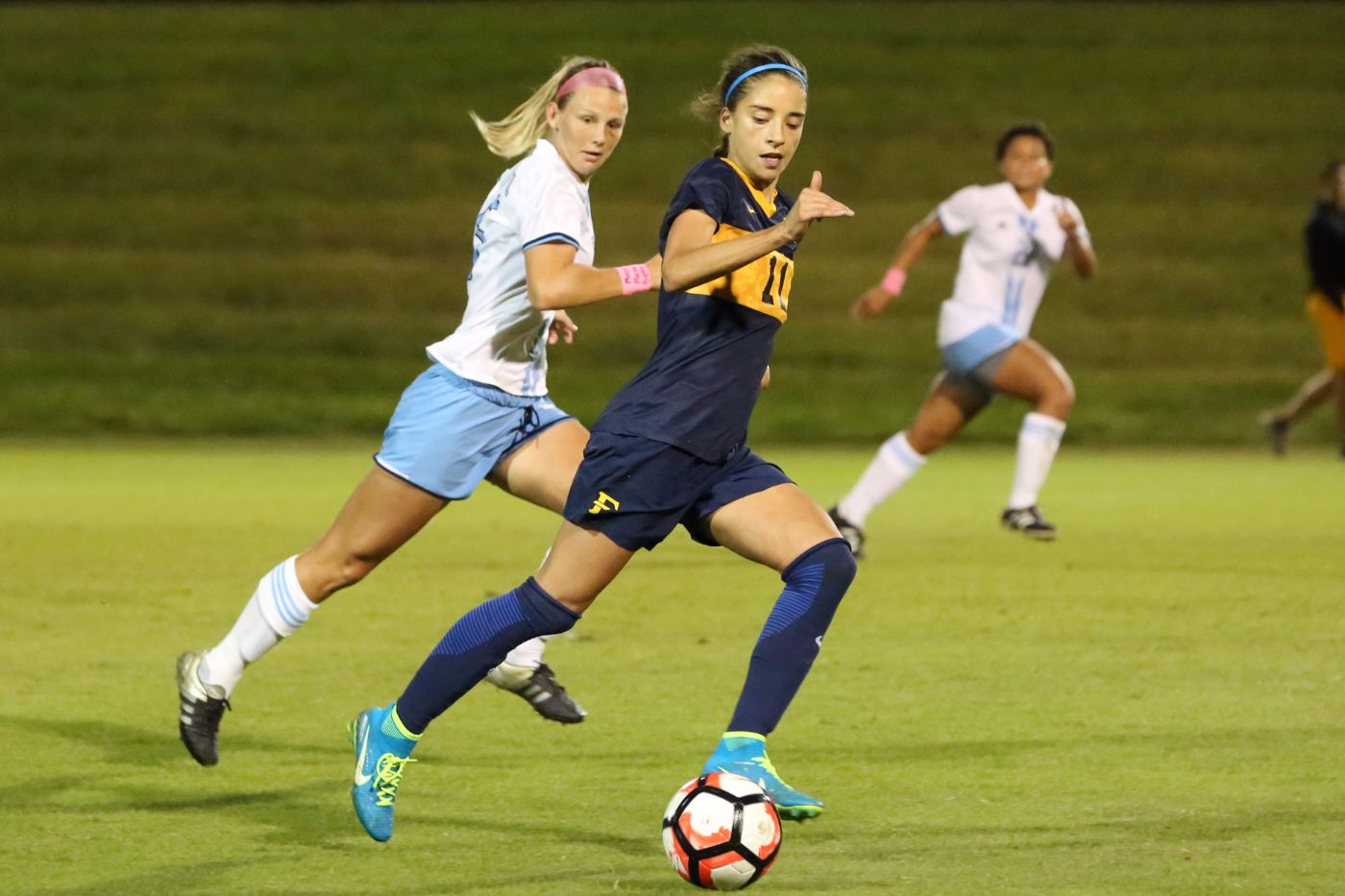 JOHNSON CITY, Tenn. (Oct. 11, 2017) – For her outstanding production on the field and in the classroom, ETSU women’s soccer player Eleonora Goldoni (Ferrara, Italy) is the Southern Conference’s Student-Athlete of the Week for October 4-10, the league announced Wednesday.

The junior scored three goals, in a natural hat trick, in the Bucs’ 4-2 win over The Citadel on October 4. (She also had an apparent fourth goal negated by an offside call.)

In the classroom, Goldoni is a nutrition major with a 3.95 grade point average.

“Leo is a fantastic player, but she deserves this award for all her hard work and commitment,” said ETSU head coach Adam Sayers. “She leads from the front and never stops working as hard as she can for the team. She’s a true role model.”

Goldoni was part of ETSU’s 2016-17 women’s soccer squad, which was named a Team Academic Award Winner by United Soccer Coaches (formerly the National Soccer Coaches Association of America) on October 5.

That team had a 3.63 GPA, well above the standard of 3.0 to be considered for the honor. It was the ninth straight year the Bucs earned the distinction, and the 12th in the last 16. ETSU had the best team GPA of the four SoCon teams (including Furman, UNC-Greensboro and Western Carolina) named the to the USC’s list.

Goldoni is the second ETSU student-athlete to win the SoCon weekly award this fall. Austin Herink (Cleveland, Tenn.) – the starting quarterback on ETSU’s football team – earned it for the week of September 20-26.