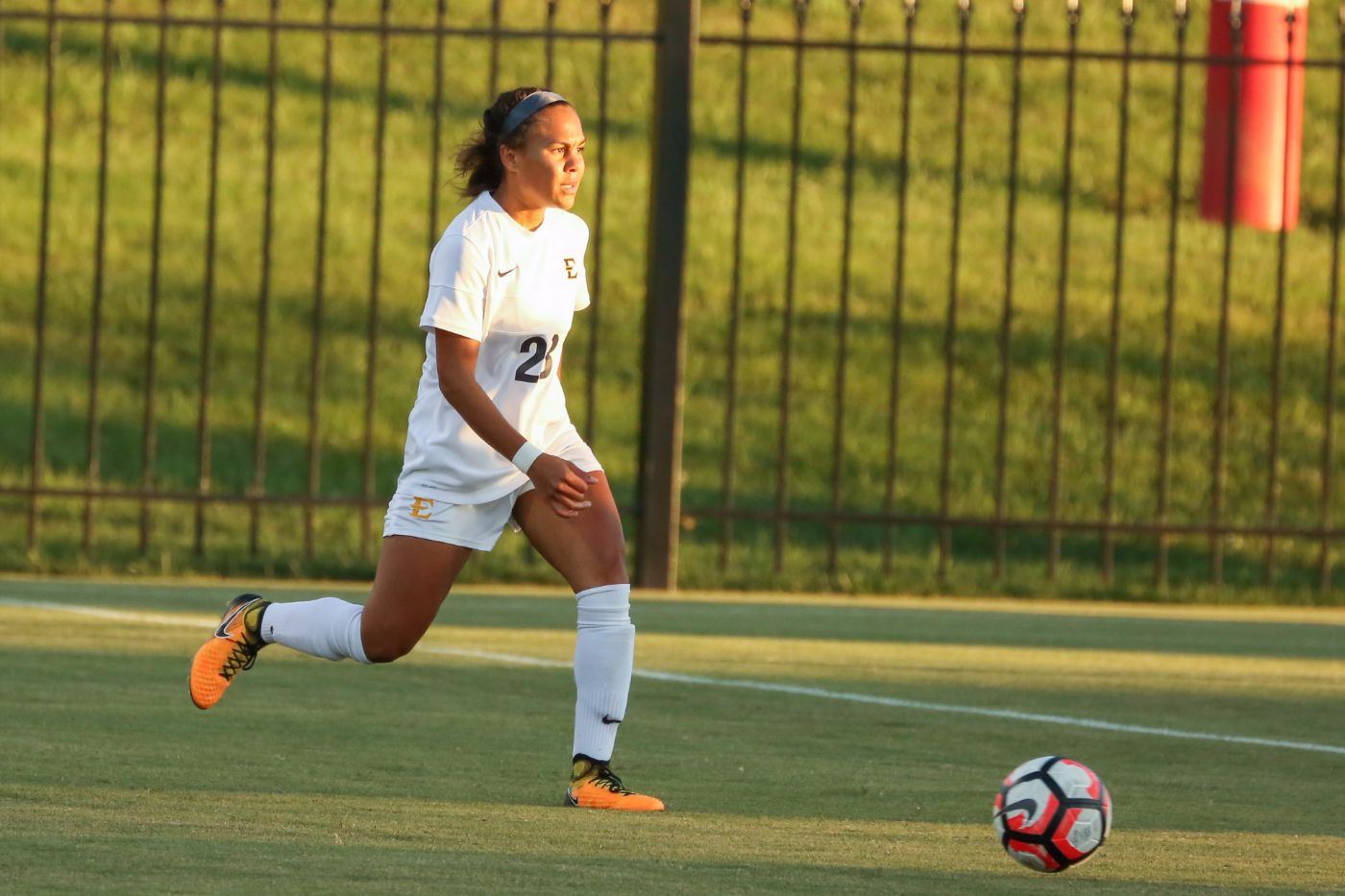 SPARTANBURG, S.C. (Oct. 13, 2017) – An early deficit and a big performance from the nation’s leading scorer resulted in a 3-0 setback for the ETSU women’s soccer team at Wofford on Friday night.

The Terriers tallied twice in the first five minutes and scored all their goals before halftime – the last two from Hayley Younginer – in a Southern Conference match at Snyder Field in Spartanburg, S.C.

Wofford broke through on a corner kick 52 seconds after kickoff, when Maggie Adcock bounced in a header off a loose ball just in front of the net. Hannah Washko was credited with an assist.

The Terriers (7-7-1, 2-3-1) doubled the advantage just 4:05 later, when Younginer finished off a centering pass from Katie Beuerlein.

Younginer – the top scorer in the country – added her second goal of the night with 29:30 left before halftime, off an assist from Emma Fletcher. Younginer now has 21 goals and 48 points this season, and has scored three goals in two career matches against ETSU.

The home team has won the last five meetings between the two squads, and ETSU is 1-6-1 all-time in games played in Spartanburg.

Wofford has proven to be difficult on its home pitch. The Terriers have scored 26 of their 39 goals this season at Snyder Field, an average of 2.89 a game.