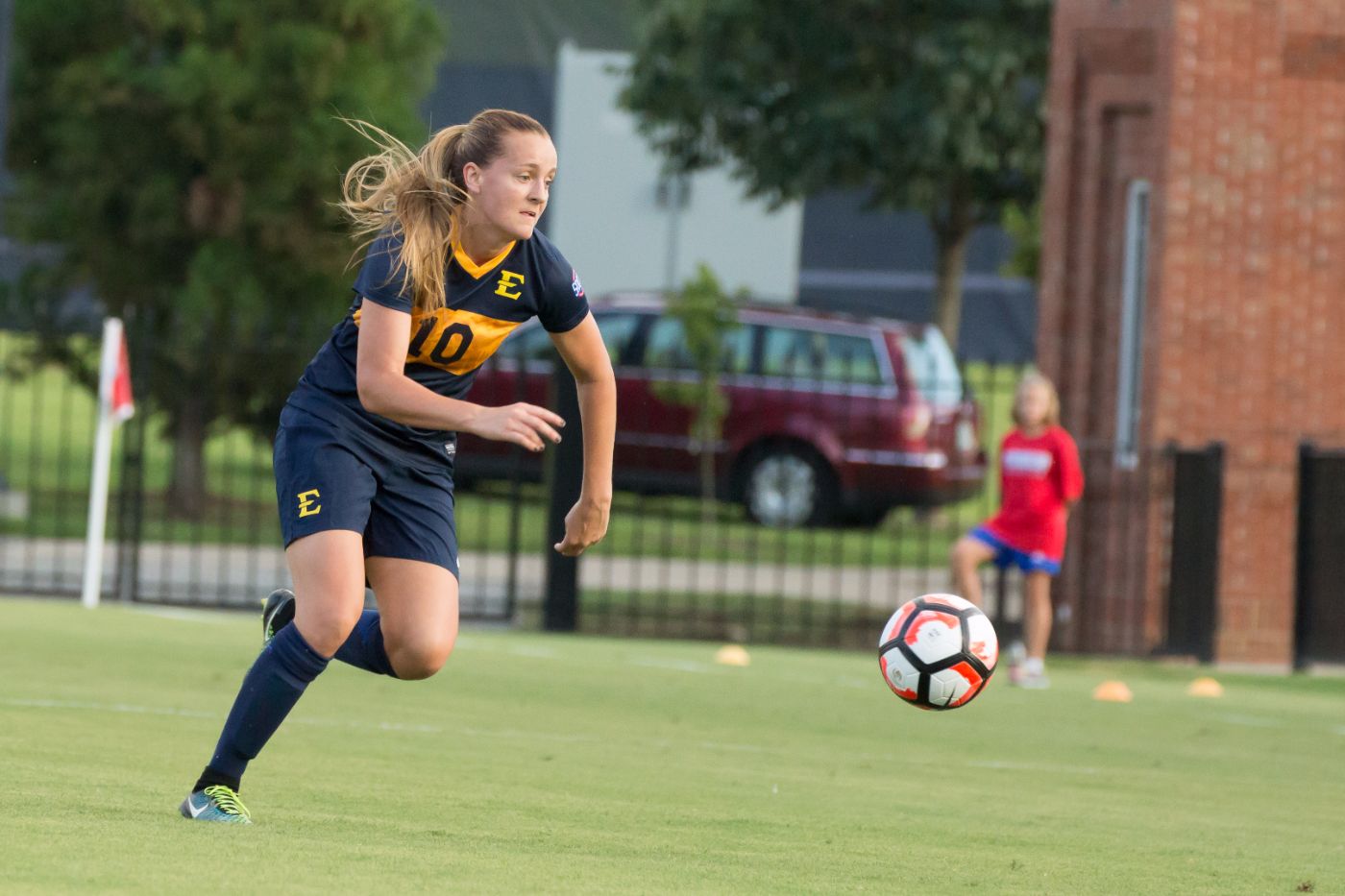 GREENVILLE, S.C. (Oct. 15, 2017) – ETSU’s women’s soccer team faced one of the best attacks in the country in their match at Furman on Sunday afternoon, and the Paladins were as advertised.

Furman, which went into the game in the top four in the nation in goals per game, shots per game, and points per game, scored twice in the first 7:15 on Sunday as the Bucs dropped a 5-0 result at Stone Field at Snyder Soccer Stadium.

The first goal came at 4:09. The Paladins took advantage of a takeaway in the Bucs’ half, with Molly Dwyer finding the net off an assist from Treva Aycock. Furman doubled their advantage 3:06 later, when Rachel Shah poked in a short-range shot, assisted by Caitlyn Reilly and Molly Dwyer.

A set piece at 21:55 made the score 3-0, as Reilly headed in a corner kick from Shah. Claudia Murphy found the net at 42:15 -- giving Furman a 4-0 lead at halftime -- and Dani Moore closed out the scoring with a tally at 72:10. The outcome kept the Bucs winless in seven all-time visits to Greenville.

Bucs goalkeeper Lea Ann Cutshall (Johnson City, Tenn.) made five saves on Sunday, giving her 103 for her career. The junior has passed Caitlin Gaughan for 3rd on ETSU’s all-time list and is 37 back of Megan Masch in 2nd.

Furman (11-2-1, 7-0-0) has the best record in the SoCon this season and has been especially difficult to defeat on its home pitch. The Paladins are 8-2-1 at Snyder Field and have outscored their opponents 43-8. Sunday was also Furman’s ninth shutout of the season.

Up next for the Bucs (5-11-0, 3-5-0) is the final home match of the regular season, against Western Carolina on Sunday, October 22. Kickoff is at 2:00 pm at Summers-Taylor Soccer Stadium.