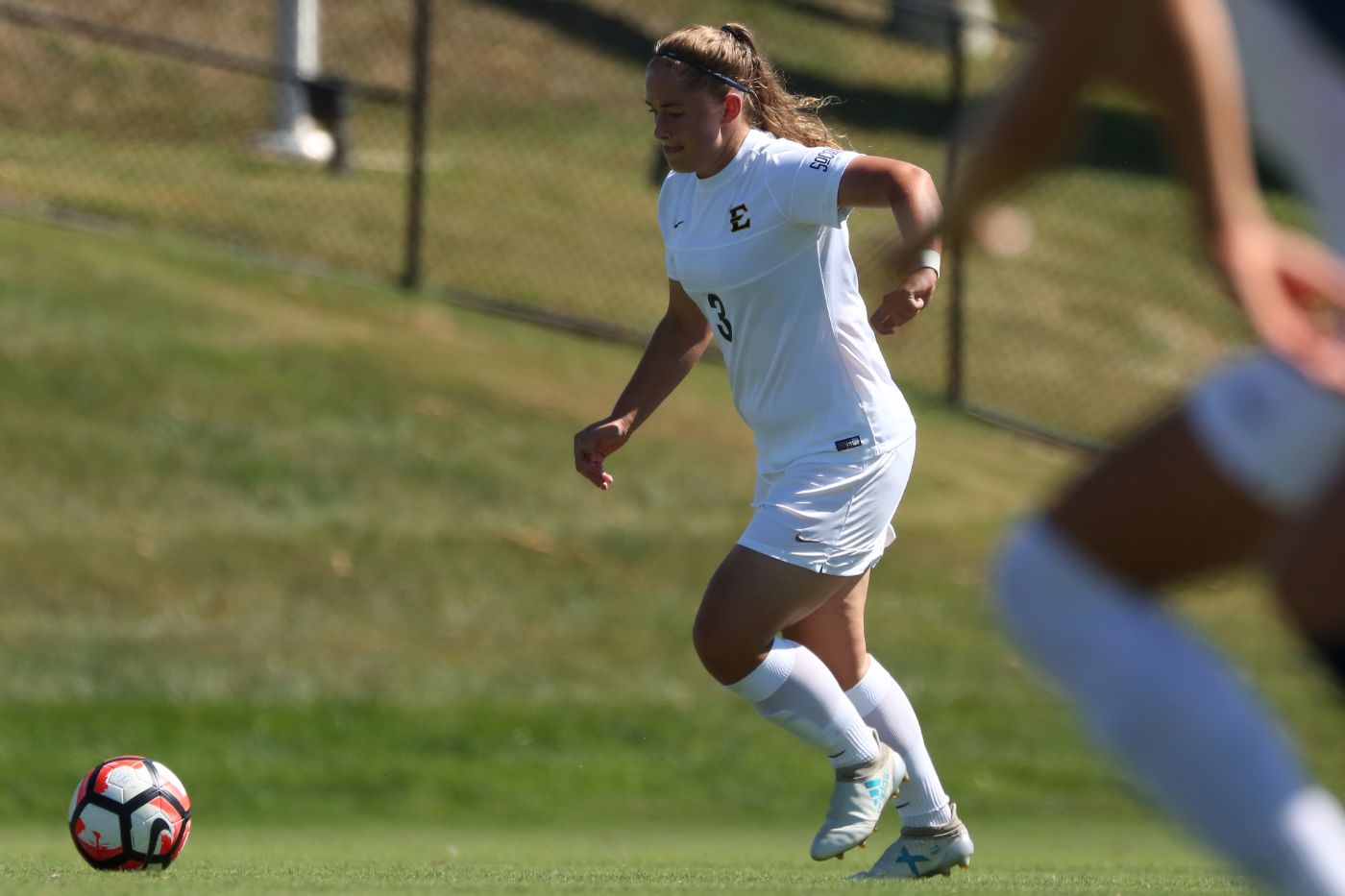 But the Bucs have much to play for on Sunday afternoon, when they host Western Carolina on the final day of the regular season. Kickoff is scheduled for 2:00 pm at Summers-Taylor Stadium.

ETSU currently stands in 7th place in the SoCon standings with nine points on a league record of 3-5-0. But a win on Sunday could move up the Bucs could finish as high as 4th, which comes with a pass through to the quarterfinals of the conference tournament and home field in that match. A setback Sunday could result in a finish as low as 8th place and home match against the #9 seed in the tournament’s first round on Wednesday, October 25.

ETSU finishes 4th with a win over Western Carolina on Sunday and Mercer and VMI draw in their match on the Keydets’ home pitch. The #4 seed hosts the #5 seed in the SoCon tournament quarterfinals on either Saturday, October 28 or Sunday, October 29.

ETSU finishes 5th win a win over Western Carolina and Mercer and VMI do not play to a draw. The #5 seed visits the #4 seed in the quarterfinals.

ETSU finishes 6th with a draw against Western Carolina, VMI defeats Mercer, and Wofford and Chattanooga play to a draw. The #6 seed visits 3rd-seeded UNC-Greensboro in the tournament quarterfinals.

ETSU finishes 7th with a draw against Western Carolina, Mercer defeats VMI, and Chattanooga defeats Wofford. The Bucs would also be 7th with a defeat on Sunday and a draw between the Mocs and Terriers. The #7 seed hosts 10th-seeded The Citadel in the tournament’s first round.

ETSU finishes 8th with a defeat on Sunday, and Chattanooga and Wofford do not play to a draw. The #8 seed hosts the #9 seed in the first round.

ETSU is 5-6-2 in the all-time series against Western Carolina, which dates back to 1999. The Catamounts won the first four meetings, the Bucs have taken the last three, including two victories last season.

ETSU rallied for two late goals in a 3-2 road win on September 30, and claimed a 2-1 win in the SoCon Tournament quarterfinals on October 29 in Johnson City.

Eleonora Goldoni (Ferrara, Italy) scored three goals against the Catamounts last year, including the game-winner in both matches.

She goes into Sunday with ten goals this season, the 8th-most in a season. She’s attempted 57 shots, tied for Andrea Brown for 8th-most in a season three back of Sarah Zadrazil for 7th. Goldoni has 23 points in 2017 and needs four more to join Zadrazil, Erin Ashton and Genna Petersen for 7th in a season.

In career totals, Goldoni has 27 goals, tied with Jordan Monty and Sarah Zadrazil for 4th on the Bucs’ all-time list, and three shy of Ramey Kerns in 3rd. Goldoni has 60 points, eight behind Kerns for 4th. Goldoni’s 85 career shots on goal are 3rd-most, 18 back of Monty for 2nd. Goldoni, a junior, has attempted 136 shots, leaving her 11 back of Molly Collinson for 4th all-time.

Bucs goalkeeper Lea Ann Cutshall (Johnson City, Tenn.) goes into the weekend with 11 career victories. Her next win moves her into a tie with Caitlin Gaughan for 3rd on the all-time list.

The SoCon Tournament begins next week. But the Bucs won’t know their opponent, location, date, and kickoff time until all of Sunday’s league matches are completed.