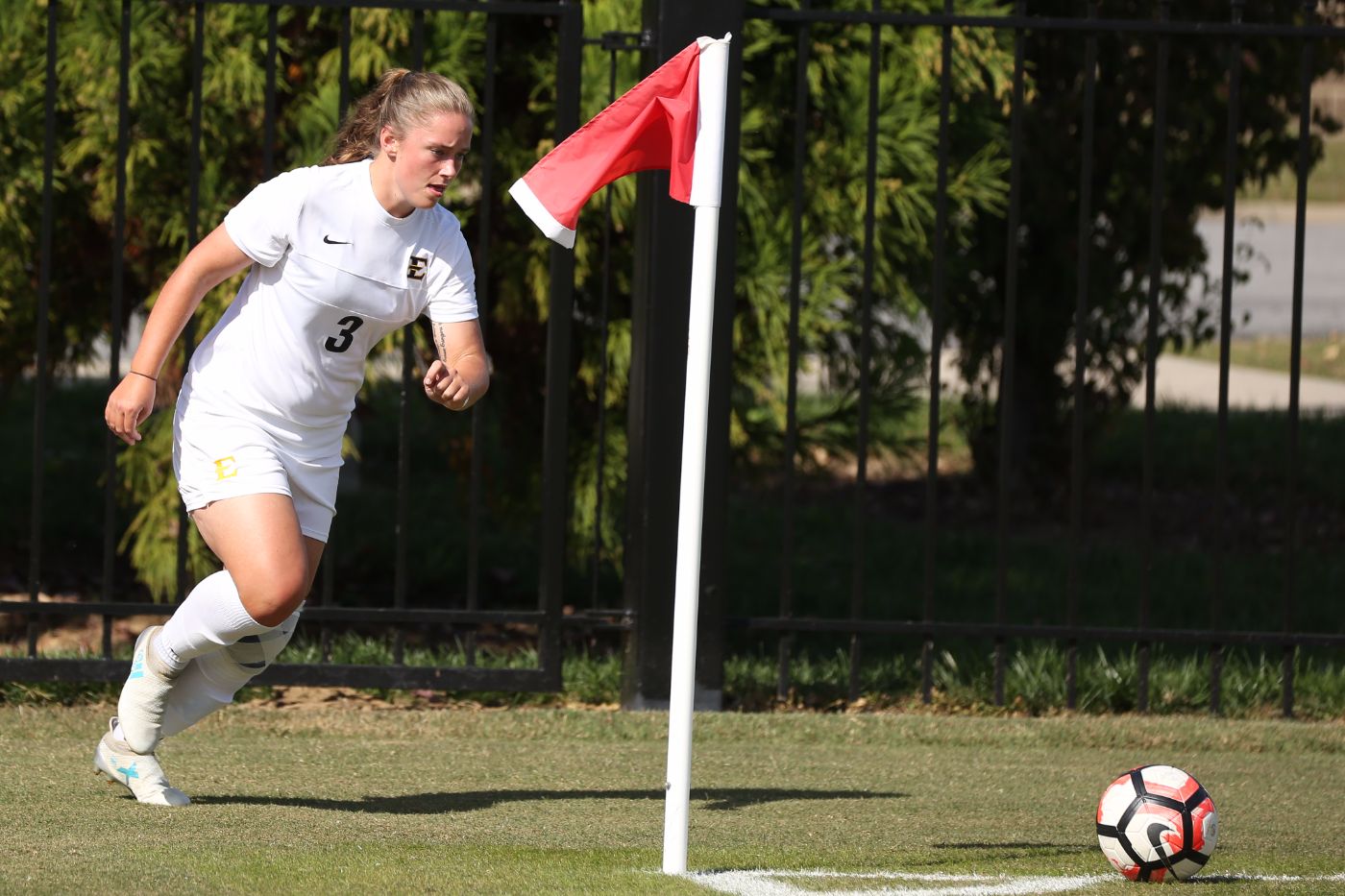 In a tense, back-and-forth contest Sunday afternoon at Summers-Taylor Stadium, ETSU’s women’s soccer team dropped a 2-1 setback to Western Carolina in the final game of the 2017 Southern Conference schedule.

The Bucs broke through first on Sunday, when Rachel Harbin (Arlington, Tenn.) took a feed from Fiona Dodge (Pontypool, Wales) and blasted a 17-yarder to the left of Catamounts keeper Jacquelyn Gnassi at 19:06. It was Harbin’s third goal of the season and Dodge’s second assist.

ETSU’s 1-0 lead held up until WCU’s Kasey Cooke leveled the score on penalty kick at 49:10. Nineteen minutes later, Anna Marie Mellis headed in Megan McCallister’s corner kick at 68:09 to put the Catamounts ahead, 2-1.

Down a goal, the Bucs pressed the attack and very nearly drew even. Eleonora Goldoni (Ferrara, Italy) blasted a 20-yarder that flew through traffic but deflected off the right upright at 71:08. Less than four minutes later, a corner kick by Emily McKerlie (Dumfries, Scotland) resulted in two shots, but Gnassi turned aside a header from Elena Pisani (Milano, Italy), and a follow-up from Isabel Hodgson (Adelaide, Australia) went wide.

Goldoni pushed an 18-yarder wide at 76:01, and got a look on the Bucs’ last rush, but her short-range attempt with 17 seconds left was just off the mark.

Wednesday’s tournament matchup against Wofford will be a rematch of the sides’ regular-season meeting just nine days ago, a 3-0 result for the Terriers in Spartanburg, S.C.