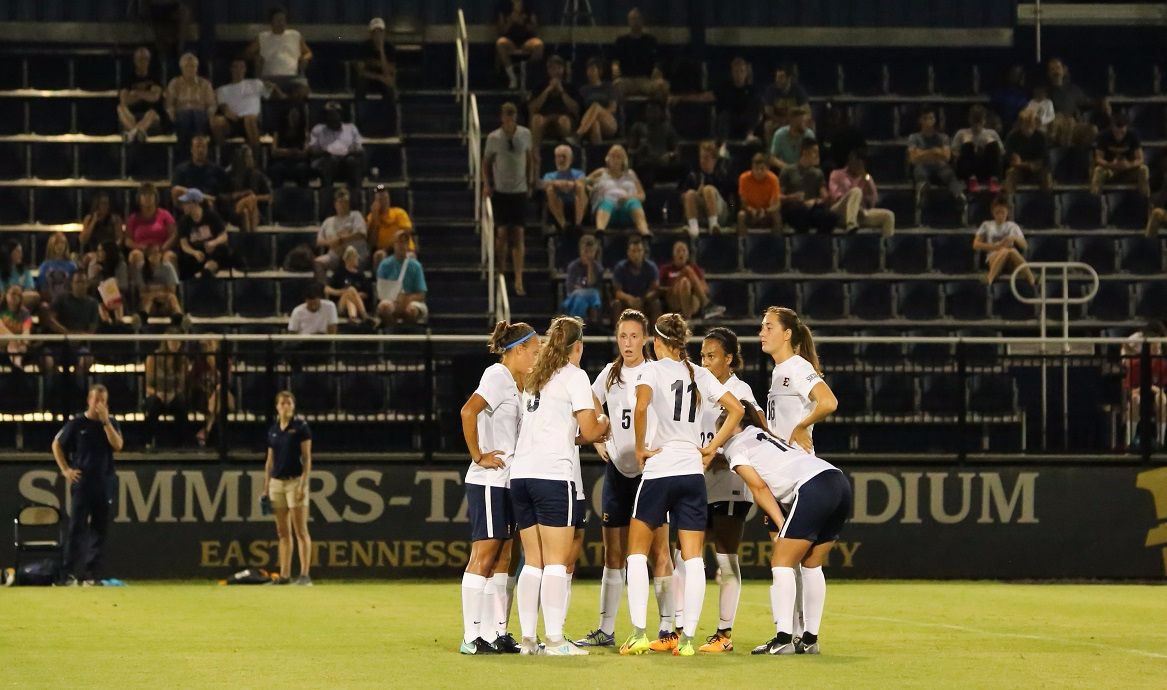 The Bucs will host Wofford in the first round of the Southern Conference Tournament on Wednesday, October 25 at Summers-Taylor Soccer Stadium. Kickoff is set for 7:00 pm.

It’s only about a two-hour drive from the Wofford campus in Spartanburg, S.C. to ETSU’s home pitch in Johnson City. And, the two squads will be only 12 days removed from their last meeting as they vie for a berth in the conference quarterfinals.

ETSU is the #8 seed, and Wofford #9, in the ten-team tournament field. Wednesday night’s winner advances to meet top-seeded Furman on Sunday, October 29.

Live Video is here. Mike Gallagher has the play-by-play on the SoCon Digital Network.

On October 13, the Bucs traveled to Spartanburg, where Wofford took a 3-0 result. The Terriers pounced on ETSU with two goals in the first five minutes and added an insurance goal later in the 1st half.

THE POST-SEASON IS A NEW SEASON

Both teams ended the regular season with a three-match losing streak and last played on Sunday, when the Bucs dropped a hard-fought 2-1 setback to Western Carolina and Wofford suffered a 1-0 defeat at Chattanooga.

Wednesday will be the first time ETSU and Wofford have met in the SoCon Tournament.

ETSU is making its 8th appearance in the tournament and has a record of 3-7-0 in SoCon post-season play. The Bucs’ best showing was a runner-up finish last year.

Goldoni has attempted 61 shots in 2017, tied with Jordan Monty for 5th-most in a single season and four back of Kathy McLain and Sarah Zadrazil in 4th.

Goldoni’s ten goals this year are 8th-most in a season. Her 23 points are four shy of Erin Ashton, Genna Petersen and Sarah Zadrazil for 7th in a season.

For her career, Goldoni’s 27 goals are tied with Jordan Monty and Zadrazil for 4th and three behind Ramey Kerns for 3rd. Goldoni’s 60 points are eight behind Kerns for 4th, and her 85 shots on goal are 18 back of Monty for 2nd. Goldoni has taken 140 shots in her career, seven shy of Molly Collinson for 4th all-time.

Cutshall has 11 career victories and needs one more to tie Caitlin Gaughan for 3rd all-time.