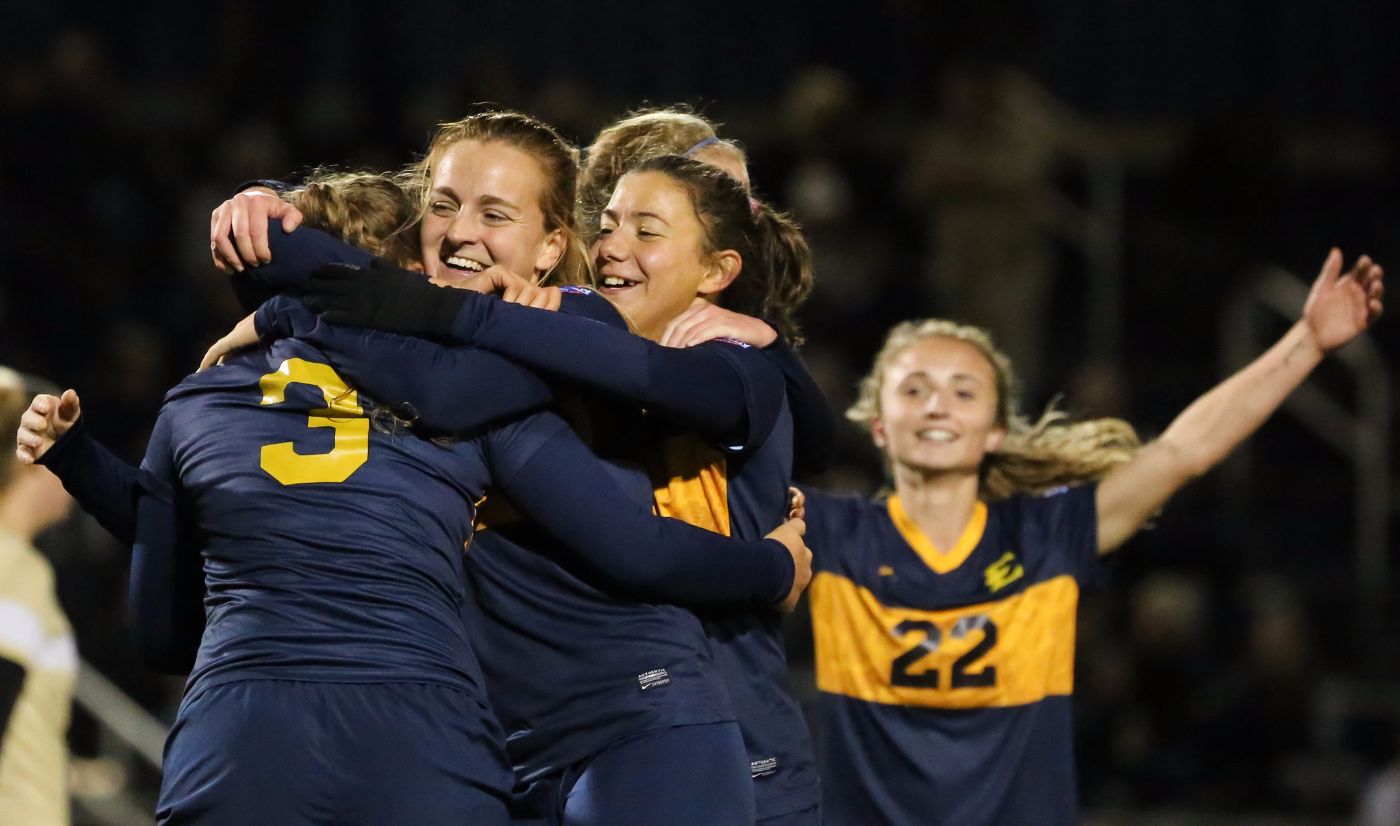 JOHNSON CITY, Tenn. (Oct. 25, 2017) – On the coldest night of the fall so far, the ETSU women’s soccer team heated up, and kept their season alive.

The Bucs broke open a close match with a barrage of four goals in less than eight minutes early in the 2nd half, pulling away from Wofford for a 5-0 win in the first round of the Southern Conference Tournament, on a chilly, 45-degree Wednesday night at Summers-Taylor Stadium.

The victory advances ETSU to a quarterfinal meeting with top-seeded Furman on Sunday, October 29, in Greenville, S.C.

The Bucs’ five goals were the second-most in a game in 2017, and the highest since an 8-0 win over South Carolina State in the season opener on August 18.

ETSU, seeded 8th in the tournament, broke through first when Izzy Hodgson (Adelaide, Australia) took a serve from Rachel Harbin (Arlington, Tenn.) and buried it in the lower-right corner of the net at 16:34. It was Hodgson’s second goal of the year, and Harbin’s fourth assist.

The 1-0 lead stood until the Bucs’ goal-scoring frenzy shortly after halftime.

Fiona Dodge (Pontypool, Wales) notched her first goal of the season, a short-range shot off a deflected corner kick, at 54:36.

Pauline Vienne (Lausanne, Switzerland) ended the onslaught, and the scoring, firing in a free kick from just outside the penalty are at 62:27. It was her fifth goal of the season.

The Bucs were outshot, 13-12, but held a 7-2 advantage in shots on goal. On defense, ETSU held Wofford’s Hayley Younginer – the nation’s leading scorer with 21 goals and 46 points – to just two shots, neither on goal.

Wednesday was the first-ever SoCon Tournament meeting between the longtime rivals. ETSU improved to 6-7-1 all-time against Wofford, including a 5-1-0 in matches played in Johnson City.

Sunday’s quarterfinal match against Furman is scheduled to kick off at 2:00 pm.