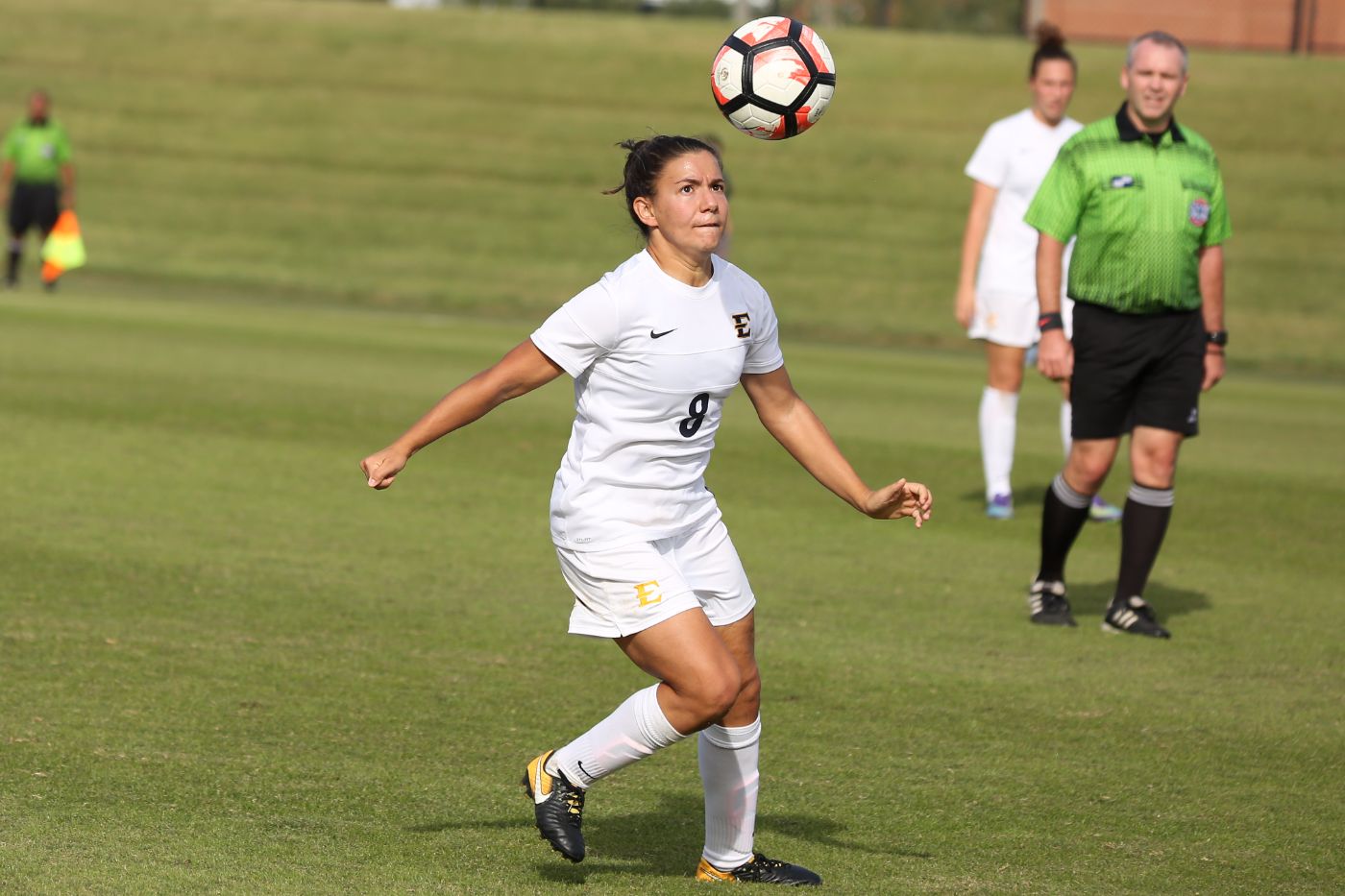 It’s also what the ETSU women’s soccer team has a chance to do against Furman in Sunday’s quarterfinal round of the Southern Conference Tournament. Kickoff is set for 2:00 pm at Stone Field at Snyder Soccer Stadium in Greenville, S.C.

By the seedings, the Paladins are considered to be the best team in the tournament field. Furman received the top seed in a tiebreaker with defending champion Samford after each team went 8-0-1 in conference play.

ETSU, seeded 8th, eliminated #9 Wofford, 5-0, in a first round match Wednesday night at Summers-Taylor Stadium in what was arguably the Bucs’ most complete outing of 2017. On offense, the five goals each came from a different player and were the second-most in a match this season. On defense, ETSU limited Wofford to just two shots on goals and held Hayley Younginer – the nation’s leading scorer – to only two shots, neither on goal.

“It was really important that we put a complete performance in and start the conference tournament on the right foot,” Bucs head coach Adam Sayers said after the win over the Terriers, “and we did that from start to finish. It all came together tonight.”

Live Video, from the SoCon Digital Network, is here.

Much like Wednesday, when ETSU and Wofford played for the second time in 12 days, Sunday’s match is another quick turnaround. The two sides last met only on October 15, when Furman took a 5-0 result in Greenville.

Furman has won 12 of the 13 all-time matches with ETSU. The Bucs’ lone win came on October 23 of last year, by a 2-0 score in Johnson City. The Bucs are 0-7 and have been outscored 31-2 all-time against Furman in Greenville.

Sunday will be the second SoCon Tournament meeting between the two sides and the first in nearly 15 years – Furman took a 3-0 win in a quarterfinal match in Greensboro, N.C. on November 7, 2002.

On defense, Furman has 11 shutouts this season and has conceded only one goal in the last 11 matches.

The Bucs, whose attack has been hampered by injuries much of the season, feature Eleonora Goldoni (Ferrara, Italy), who’s 2nd in the SoCon and among the nation’s leaders in goals (10) and shots per game (3.88).

An encouraging sign from Wednesday’s win over Wofford was the diversity of ETSU’s offense. Three players scored their first goals of the season -- Fiona Dodge (Pontypool, Wales), Elena Pisani (Milano, Italy) and Emily McKerlie (Dumfries, Scotland), and the goal from Isabel Hodgson (Adelaide, Australia) was just her second of the year. Meanwhile, Pauline Vienne (Lausanne, Switzerland) tallied her 5th of the year, but it her first since August 27. Vienne has missed seven of the Bucs’ 18 matches this season due to injury and a stint with the Swiss national team.

Goldoni has attempted 66 shots in 2017, tying her own total from last year for 3rd-most in a single season. She’s 21 behind Hannah Short for 2nd.

Goldoni’s ten goals this year are 8th-most in a season, and her 23 points leave her four behind of Erin Ashton, Genna Petersen and Sarah Zadrazil for 7th-most.

In career records, Goldoni’s 27 goals tie her with Jordan Monty and Zadrazil for 4th and three behind Ramey Kerns for 3rd. Goldoni’s 60 points are eight back of Kerns for 4th, and her 85 shots on goal are 18 behind Monty in 2nd. Goldoni has taken 145 shots, only two shy of Molly Collinson for 4th all-time.

Cutshall has 109 saves in her career, 3rd-most all-time and 31 behind Megan Masch in 2nd.

Cutshall’s victory Wednesday was the 12th of her career, tying her with Caitlin Gaughan for 3rd all-time and three behind Megan Masch for 2nd.

Sunday’s winner advances to the SoCon Semifinals on Friday, November 3, in Birmingham, Ala.