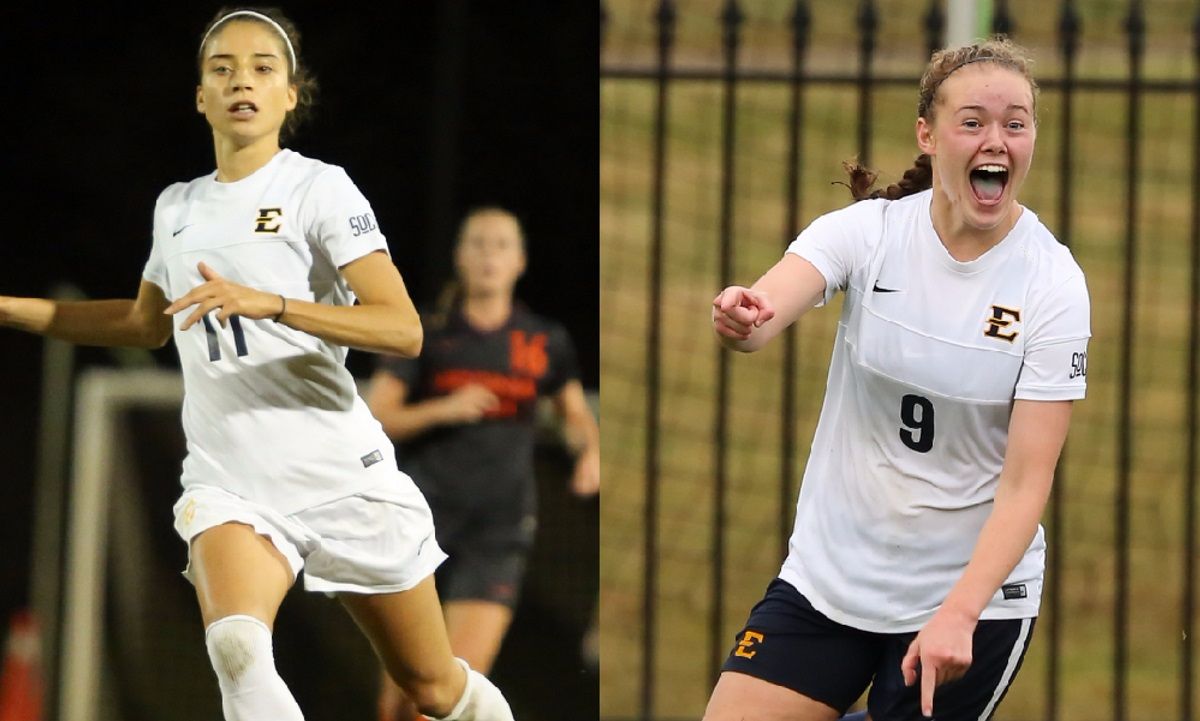 Goldoni led the Bucs, and was 3rd in the SoCon, with 11 goals – her second straight season reaching double digits. She was 2nd in the conference in shots per game (3.78) and her 25 points were 3rd-best in the league.

Goldoni led the Bucs in shots (68) and shots on goal (34) this season, and was 3rd in the conference in each category.

She also put her stamp on ETSU’s record book. Her 11 goals tied for 2nd-most in a single season, and her 68 were 3rd. With 28 goals in her career, Goldoni is 4th on the Bucs’ all-time list and only seven short of Erin Ashton’s program-best 35. Goldoni’s 63 career points put her 5th all-time; her 73 shots on goal are 4th on the list, and her 147 shots are tied for 4th.

Connolly played in 11 matches in her freshman season, scoring two goals on nine shots. Her first was a valuable insurance goal in the Bucs’ win over The Citadel, but her second was more dramatic.

In overtime, against Mercer on October 8, Connolly calmly converted a penalty kick in the 99th minute for the only goal of the match in ETSU’s 1-0 victory. It gave the Bucs three valuable points out of a game in which injuries sidelined four starters.

ETSU battled through a series of injuries to post a record of 6-13-0, 3-6-0 in 2017 and was seeded 8th in the SoCon Tournament. The Bucs eliminated Wofford, 5-0, in a first round match on October 25 before dropping Sunday’s quarterfinal at Furman.

Furman and Samford, who shared the regular season championship, combined to fill ten of the 12 spots on the SoCon 1st Team. Samford’s Jermaine Seoposenwe is the Player of the Year, with teammate Allie Lourie named Defensive Player of the Year. Chloe Arnold of Chattanooga is the Freshman of the Year. Furman’s Andrew Burr is the Coach of the Year.