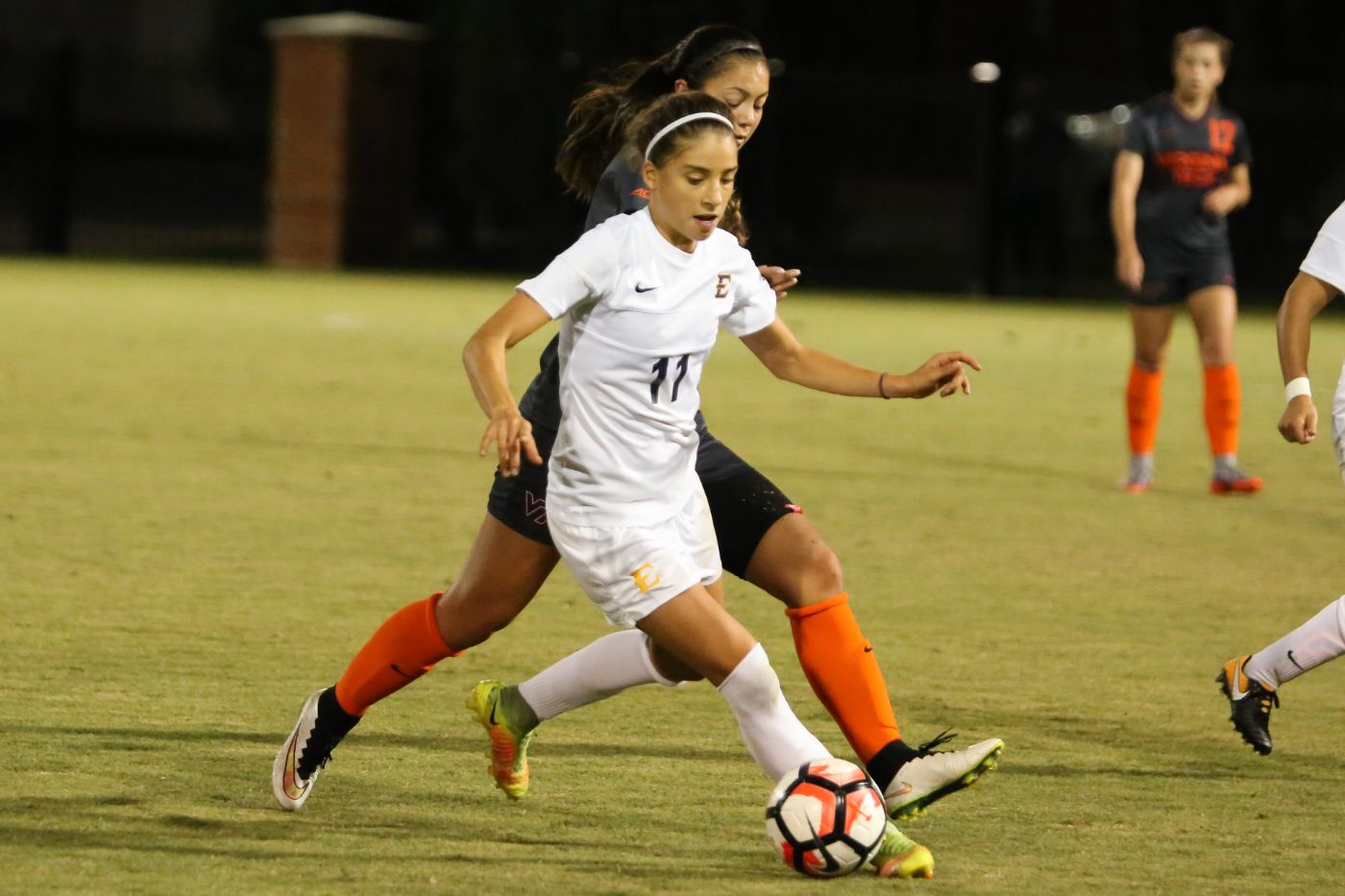 Bucs' Leading Scorer in Second Stint with Home Country's Side

JOHNSON CITY, Tenn. (December 18, 2017) -- When Eleonora Goldoni (Ferrara, Italy) is asked, “What did you do over semester break?” she’ll have quite a story to tell.

The junior forward is taking part in a training camp with her home country’s Under-23 national team, which began December 17 and runs through December 21 in Novarello, Italy.

“When I found out I was selected for this camp with the national team I was extremely happy,” Goldoni said. “It’s a chance I don't want to waste, and I’m lucky to be able to take advantage of this opportunity. I’m ready to work hard and do my best to honor this jersey. I’m looking forward to working with great players and learning something new from a well-prepared staff team. I can't wait!”

It’s the second stint with Italy’s U-23 team for Goldoni. She and then-ETSU teammate Cecelia Re (Busnago, Italy) were called up to the squad in May 2016.

At ETSU in 2017, Goldoni was named 2nd Team All-Southern Conference after finishing third in the league in goals (11) and second in points (25) and shots per game (3.78). Goldoni was also third in shots (68) and shots on goal (34). Also, the SoCon named Goldoni its Student-Athlete of the Week for October 4-10.

Goldoni’s 11 goals were second-most in a single season in ETSU history and her 68 shots were third. She ended the season with 28 goals for her career, putting her #4 on the Bucs’ all-time list. Goldoni’s 63 points are 5th-most all-time, and she’s 4th in shots on goal (73) and shots attempted (147).

“We’re extremely proud of Leo for her selection. She thoroughly deserves this opportunity,” said ETSU head coach Adam Sayers. “Not only is she a fantastic player, she consistently displays an excellent work ethic and a very selfless attitude. She works very hard for the team above herself. She’s also an excellent student, and role model in the community. She’ll be a wonderful ambassador for ETSU.”

Goldoni is one of several current or former ETSU player to have an opportunity to compete for their national sides in 2017.

Junior Pauline Vienne (Lausanne, Switzerland) – the Bucs’ second-leading scorer this fall – earned a spot on the Swiss national team for a pair of World Cup qualifiers in September.

Sarah Zadrazil (St. Gilgen, Austria) continued with her national team in the 2017 UEFA Women’s Euro Championship over the summer. (She also played for Austria in 2016.)

Sayers, the Bucs’ head coach, was on the staff of the US Women’s Under-18 team when the side played three matches in Australia last summer.

Current ETSU player Fiona Dodge (Pontypool, Wales) played for the Welsh team in qualifying matches for the UEFA U-19 Championship in the fall of 2015.