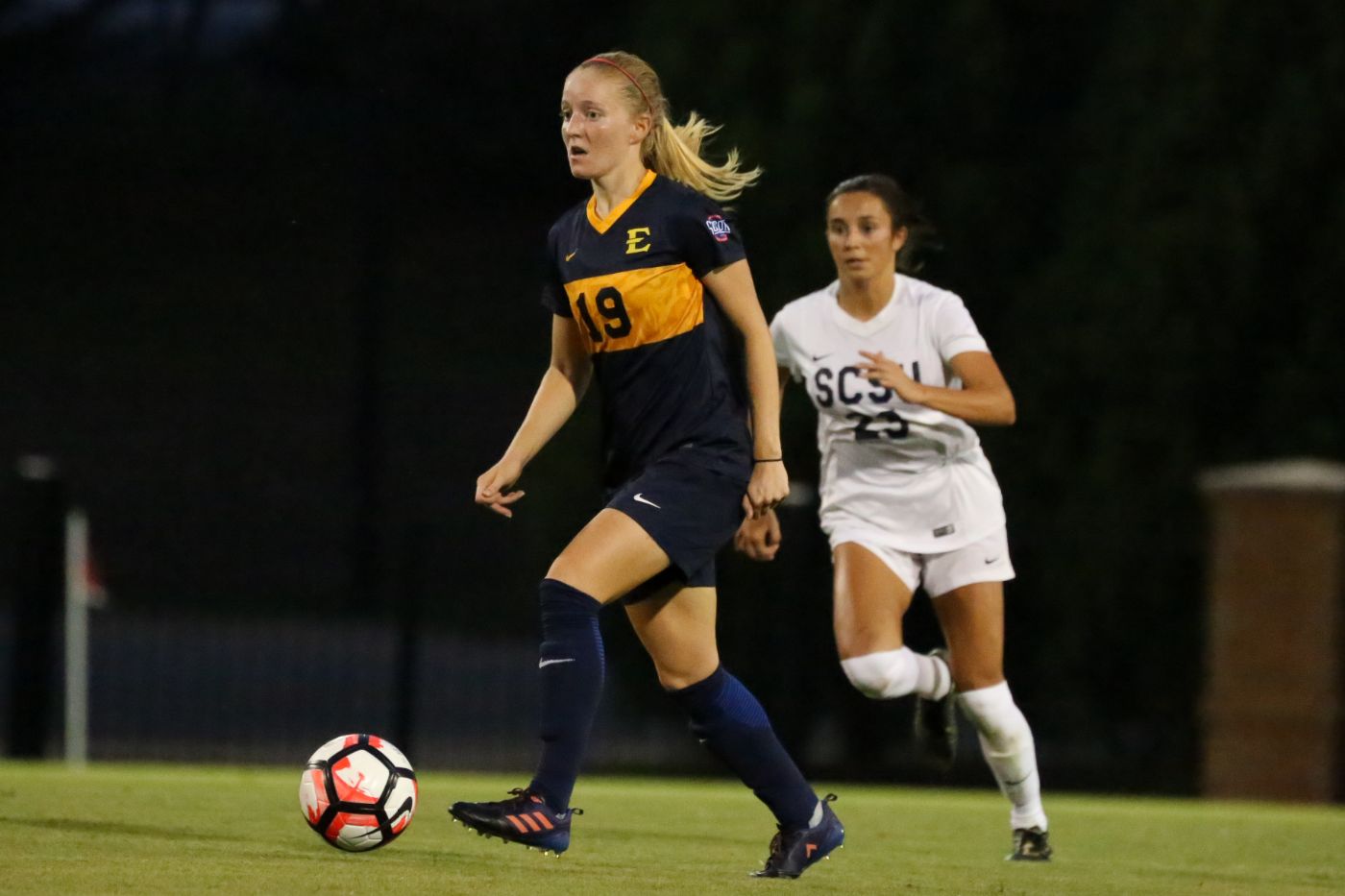 Second Stint with National Side for ETSU Junior

JOHNSON CITY, Tenn. (January 5, 2018) – When ETSU students return to campus later this month for the start of the spring semester, women’s soccer player Pauline Vienne (Lausanne, Switzerland) will have a good reason to be away.

The junior defender is scheduled to return to the Swiss national team when it convenes in Valencia, Spain, for a training camp scheduled to run from January 15-24.

This will be Vienne’s second stint with her home country’s team. She was with the team for two World Cup qualifiers last fall – a 4-1 win at Albania on September 15, and a 2-1 home victory over Poland on September 19. Switzerland is 4-0 in qualifying matches to date and stand atop UEFA’s Group 2 standings with 12 points, six points clear of Scotland and Poland in second place.

“I’m really excited for this opportunity,” Vienne said. “Last time I was with the team, I wasn’t able to show my full potential because of an injury. I’m looking forward to this camp and to being able to gain valuable experience, for myself and hopefully for my teammates here at ETSU.”

“We are extremely proud of Pauline. She’s worked very hard for this opportunity and thoroughly deserves it,” said ETSU head coach Adam Sayers. “In addition to being technically excellent, she’s a very mature, intelligent player, and so suits international soccer well. Pauline is committed to continued development, learning, and self-improvement.”

In 12 matches with ETSU last fall, Vienne finished second on the team in points (13) and goals (5), including a hat trick in the Bucs’ season-opening win over South Carolina State on August 18. She’s appeared in 51 matches in her three seasons with the Bucs.

“This will be a very beneficial experience for Pauline,” Sayers said, “and a good step on her journey to a long and distinguished career in the game, which we are committed to helping her with as much as possible. Pauline also excels academically, and is a great role model for you women. She will be a great ambassador for ETSU, and represent us well on the international stage.”

Vienne is the second Buccaneer to play for Switzerland, joining Irina Bruetsch, who played for ETSU in 2015 and 2016. That Swiss duo is part of a long line of current and former ETSU standouts who’ve represented their home countries, including: