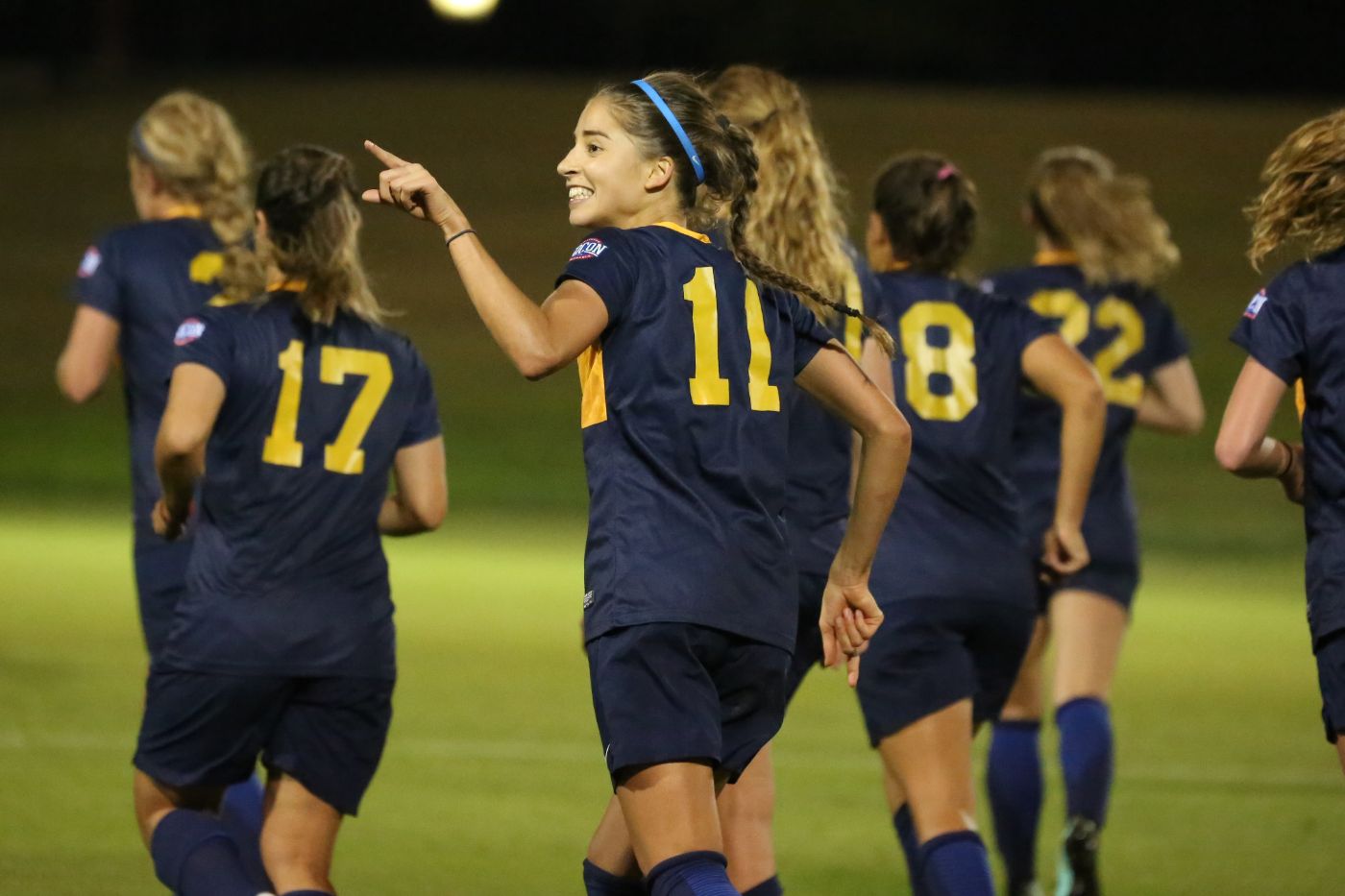 JOHNSON CITY, Tenn. (February 20, 2018) – In what represents another significant step in her development as a player, ETSU’s Eleonora Goldoni (Ferrara, Italy) is returning to her home country’s national senior soccer team.

Goldoni will re-join the Italian side as it prepares for the Cyprus Cup tournament. It’s her second stint with the senior team -- she was called up from the U23 squad for a training camp last month.

Italy is in Group A of the Cyprus Cup and opens group stage play against defending champion Switzerland on Wednesday, February 28. Kickoff is scheduled for 11:00 am EST at AEK Arena in Larnaca, Cyprus. Italy and Switzerland are tied for 17th in the latest FIFA women’s world rankings, and 9th in UEFA.

Italy meets Wales (35th FIFA/21st UEFA) on Friday, March 2 at 6:00 am EST at GSZ Stadium in Larnaca. The Azzurre conclude group stage play against Finland (28th/17th) at 6:00 am on Monday, March 5, back at AEK Arena. The tournament concludes with placement matches on Wednesday, March 7, with sites, opponents and kickoff times to be announced.

“We are very proud of Leo for her continued selection for the Italian full women’s national team,” said ETSU head coach Adam Sayers. “She thoroughly deserves it. Her work ethic, dedication, and commitment, on and off the field, combined with her outstanding ability as a player, have put her in this position. She will be a fantastic ambassador for ETSU on the world stage.”

Goldoni began her national team career with the U17 and U19 squads before she came to ETSU. She joined the U23 team for a training camp in May 2016, and returned for another in December 2017. Goldoni was called up to the senior team this past January 10.

In her time at ETSU, Goldoni earned 1st Team All-Southern Conference honors in 2016 and was 2nd Team in 2017. In each of those seasons, she led the Bucs in points, goals and shots, while also securing a spot on the SoCon’s Fall All-Academic Team. The SoCon named Goldoni its Student-Athlete of the Week for October 4-10, 2017.

Goldoni stands 4th in ETSU program history in goals (28), shots on goals (73), and shots attempted (147) after her three seasons with the Bucs. Her 63 career points are 5th all-time.

Goldoni is one of at least 20 current or former ETSU players, from ten different countries, who’ve represented their national teams in recent seasons. Most recently, that list includes junior Pauline Vienne (Lausanne, Switzerland), who took part in a 10-day training camp with the Swiss team last month.