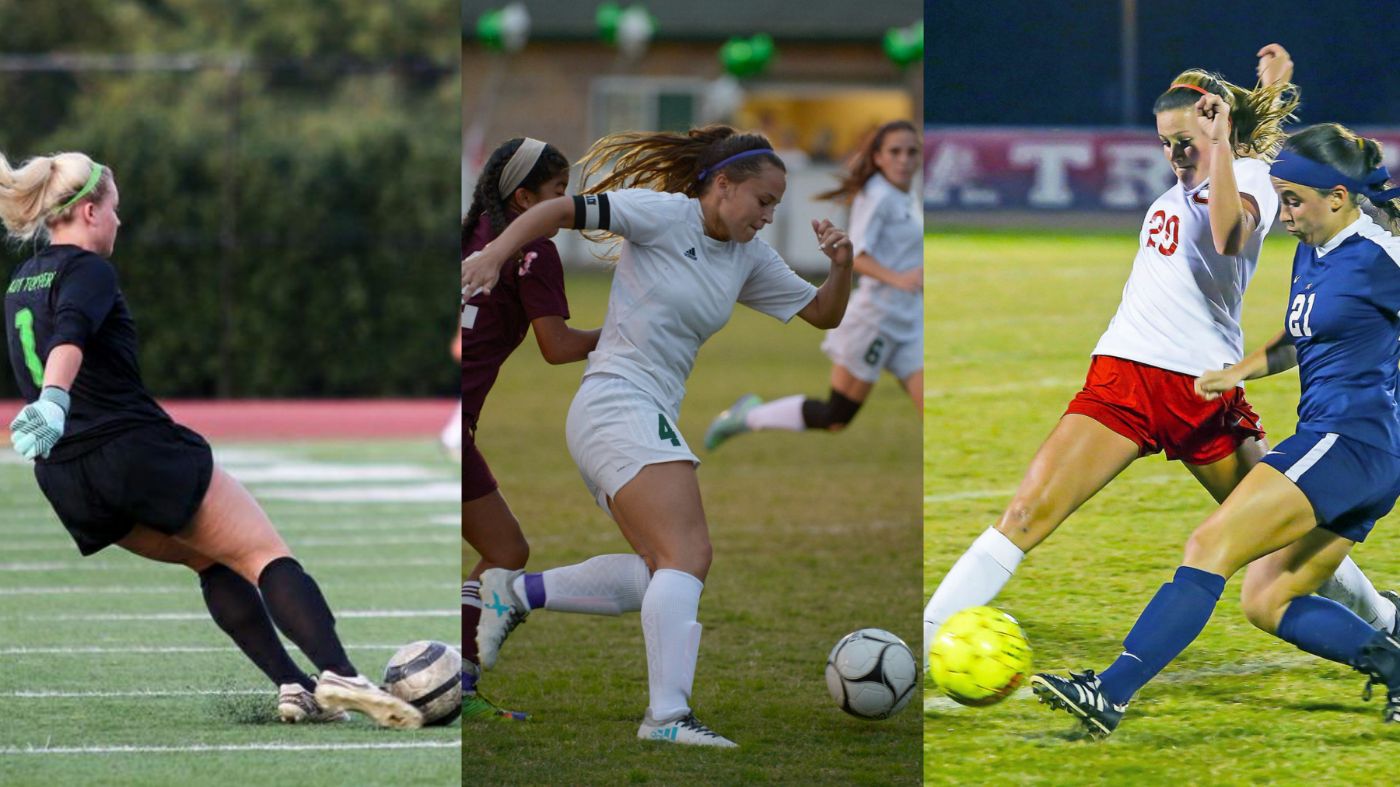 The incoming class will add to each third of the pitch. Each player earned all-state honors in high school -- Mrozek as a goalkeeper, Williams as a central defender/midfielder, and Cavender as a forward.

“This group of talented young women will join an already experienced and dedicated team looking to compete for a conference championship this coming fall,” Sayers said.

“I love the environment at ETSU. It feels so homey to me. I felt like I connected well with all the girls on the team. It definitely feels like somewhere I could call home for the next four years, and I’m more than excited. The campus is beautiful, and it has everything that I was looking for!”

“Sydney is no stranger to winning. She comes from a highly successful high school program and is a three-time state champion. Her physicality and mental toughness enable her to create problems for the opposition in front of goal. We are truly looking forward to Sydney wearing navy and gold this fall.”

“I’m very familiar with the campus and the coaches, and they’ve always been very welcoming to me. The campus is great, and the school is big, but not too big. ETSU has my major and it’s close to home, so my family and friends can come to home games.”

“We’re extremely excited to add Tess to our roster this upcoming fall. She’s a third generation Buccaneer, with ETSU being in close proximity to home. Tess is confident with the ball at her feet, demonstrates tremendous distribution skills, and excels on crosses and balls in the air.”

“There was no apparent reason why I shouldn’t. Out of all the schools and camps I’ve been to, it was the only place I was drawn to both the school and the soccer program. The campus is beautiful, as is the surrounding area, and that was a major factor in my decision. Johnson City reminds me of my hometown without being too much like it, so I have a feeling I’ll be able to make a home out of ETSU and Johnson City for at least the next four years. The team offers a kind yet competitive atmosphere, which is what I was looking for, and I’m excited to play and compete at the level ETSU does. I had an intense feeling as soon as I walked into Summers-Taylor Stadium that this is where I wanted to go to school and play, and I am more than happy to be following my heart to ETSU.”

“Sarah is a flexible player, in that she can confidently play as a central defender, as well as deep-lying midfield player. She remains calm in possession under pressure, has a good understanding of her role and the game, and positions herself well.  She fits extremely well into our style of play and we couldn’t be happier to add her to this program.”