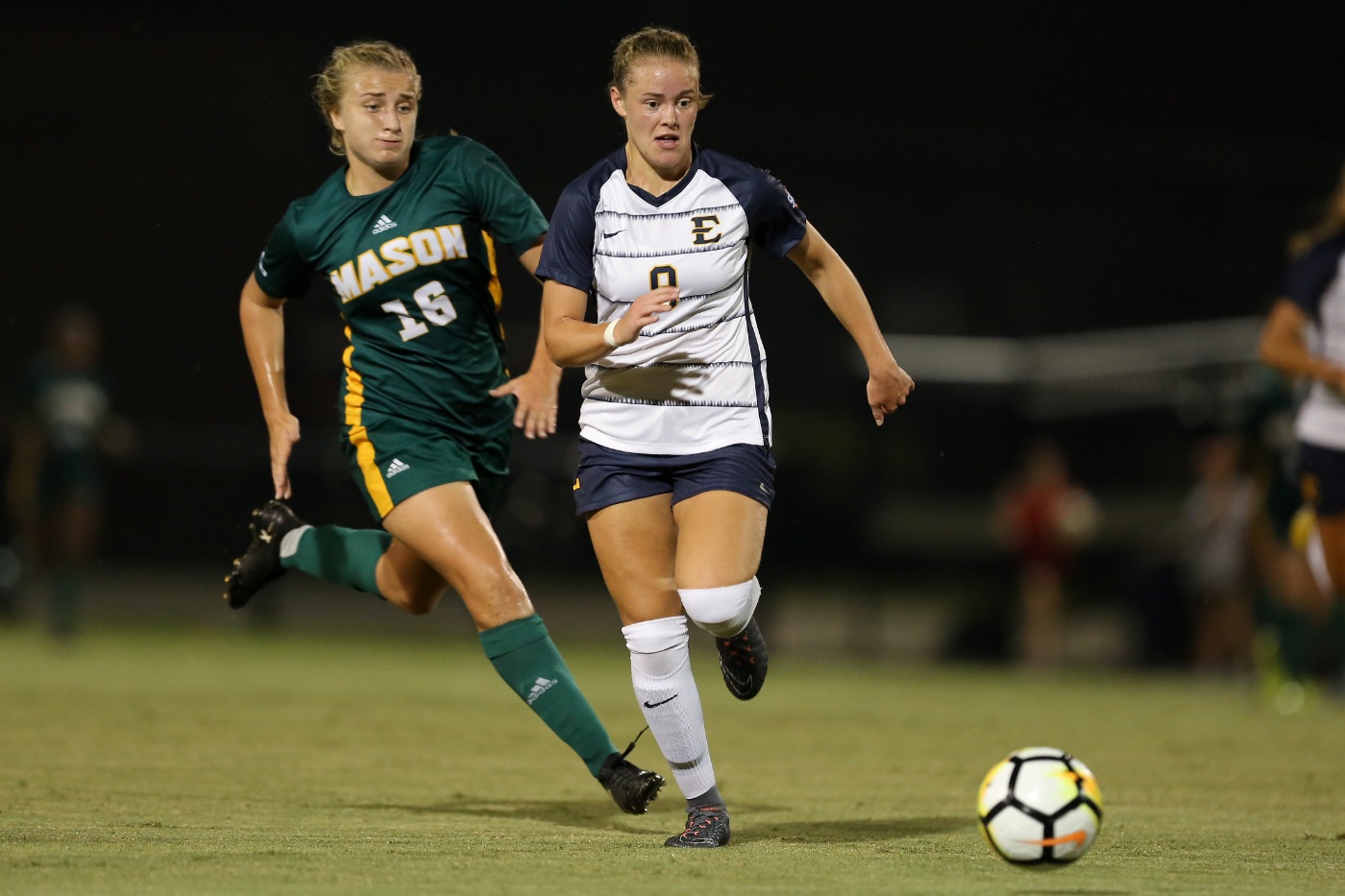 The Bucs (0-1) will host its third game in a row at Summers-Taylor Stadium after defeating Appalachian State in an exhibition 4-1 before falling 1-0 in the season-opener to George Mason. The Colonels (0-1) will also look for its first win after a 2-1 loss at Cincinnati.

ETSU opened the season at home against George Mason and were defeated 1-0 on a late goal in the 83rd minute. The Bucs gave George Mason all it could handle defensively, shutting down opportunities from 10 shot attempts and six corner kicks.

ETSU put together a strong comeback attempt in the final seven minutes, as Fiona Dodge (Pontypool, Wales) had a set piece from 30 yards out hit the right post with under three minutes to go. Off the rebound, Rachel Harbin (Arlington, Tenn.) attempted a liner, but George Mason keeper Morgan Symmers corralled the save.

Senior goalkeeper Lea Ann Cutshall combated six shots away for saves in the season opener, allowing a tough luck in the 83rd minute to discontinue the shutout bid.

The Bucs return 19 letterwinners to this year’s squad, including 10 seniors and 10 starters from 2017.

Two seniors on this year’s squad, Cutshall and Eleonora Goldoni (Ferrara, Italy), are working their way up the career record books in their respective goalkeeping and scoring categories.

Cutshall, a Johnson City native and Science Hill High School alum, is six shutouts away from breaking the all-time school record for career shutouts. Also, her 119 career saves rank third on the all-time ETSU list, as she is 21 saves away from second all time. Jasmine Elliott holds the career saves record with 218 saves from 2013-16.

The Colonels were edged 2-1 in their season opener by Cincinnati last Thursday night.

Taking a 1-0 deficit into the half, the Bearcats scored two goals in the 64th and 69th minutes to gain the lead. The go-ahead goal came on a loose ball lost in a mob of players, tipped in by Cincinatti for the game-winner.

EKU sophomore goalkeeper Billie Clark made her first career start and recorded seven saves in 90 minutes of action. The Colonels fired off 10 shots with the lone goal coming from junior forward Erin Torrence off an assist from junior defender Katie Shaffer.

Tomorrow night’s contest will be the third all-time meeting. The series is tied, 1-1.