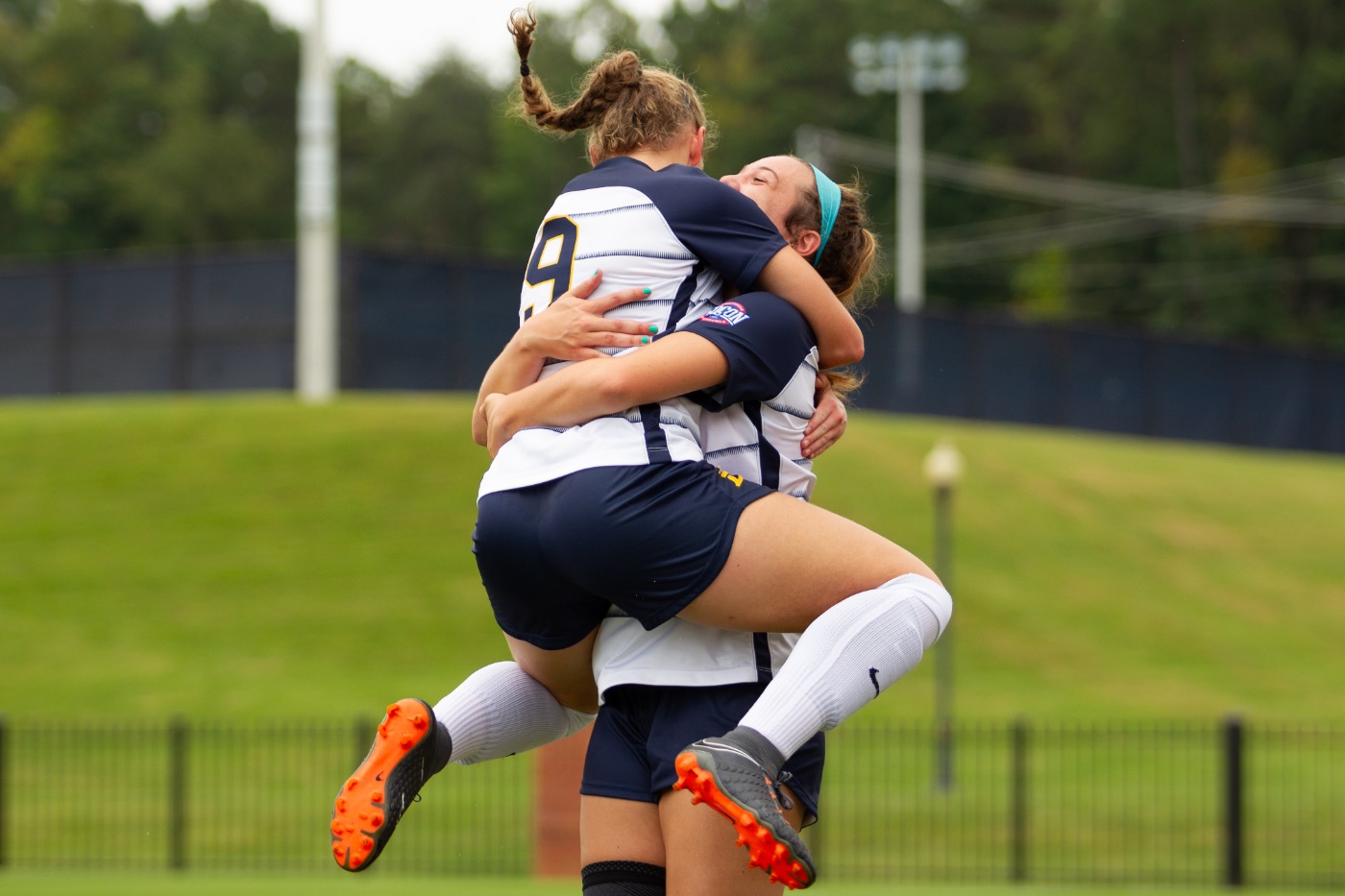 With the road win, ETSU improves to 4-7 and 3-0 in SoCon games, remaining atop the conference standings. Western Carolina falls to 5-4-2 and 2-1 in SoCon play.

“This was a fantastic performance from every player from start to finish,” said ETSU head coach Adam Sayers. “This was our most complete performance of the season against a strong opponent who was also unbeaten coming into this game.

“Defensively, we were organized, composed and patient. We played out from the back well into the midfield and forward players, and their hold up play was excellent. The forwards were a constant threat. They took the chance very well and created other opportunities. So proud of these players."

Sophomore forward Sarah Connolly (Ballygowan, Northern Ireland) continued her remarkable run of scoring early in the contest, scoring her fifth goal in two games in the 14th minute to put ETSU ahead for good, 1-0.

Connolly’s tapper came after senior Eleonora Goldoni (Ferrara, Italy) beamed one off the crossbar, causing a stray ball to opportunistically land near Connolly’s foot for the tap-in. Connolly now has two consecutive game-winners.

After tallying 32 saves in the last three contests, senior goalkeeper Lea Ann Cutshall (Johnson City, Tenn.) had an unusually slow night between the pipes, recording the shutout with only four saves.

The shutout was Cutshall’s third of the season, pulling her within two shutouts of tying the all-time career record at 13 set by Jasmine Elliot from 2013-16.

The contest went back-and-forth with Western Carolina holding a slight shot advantage at 12-10 and a 4-2 shots on goal edge. The Bucs attempted six corner kicks before WCU’s first attempt midway through the second half, as ETSU finished with a 7-2 advantage in that category.