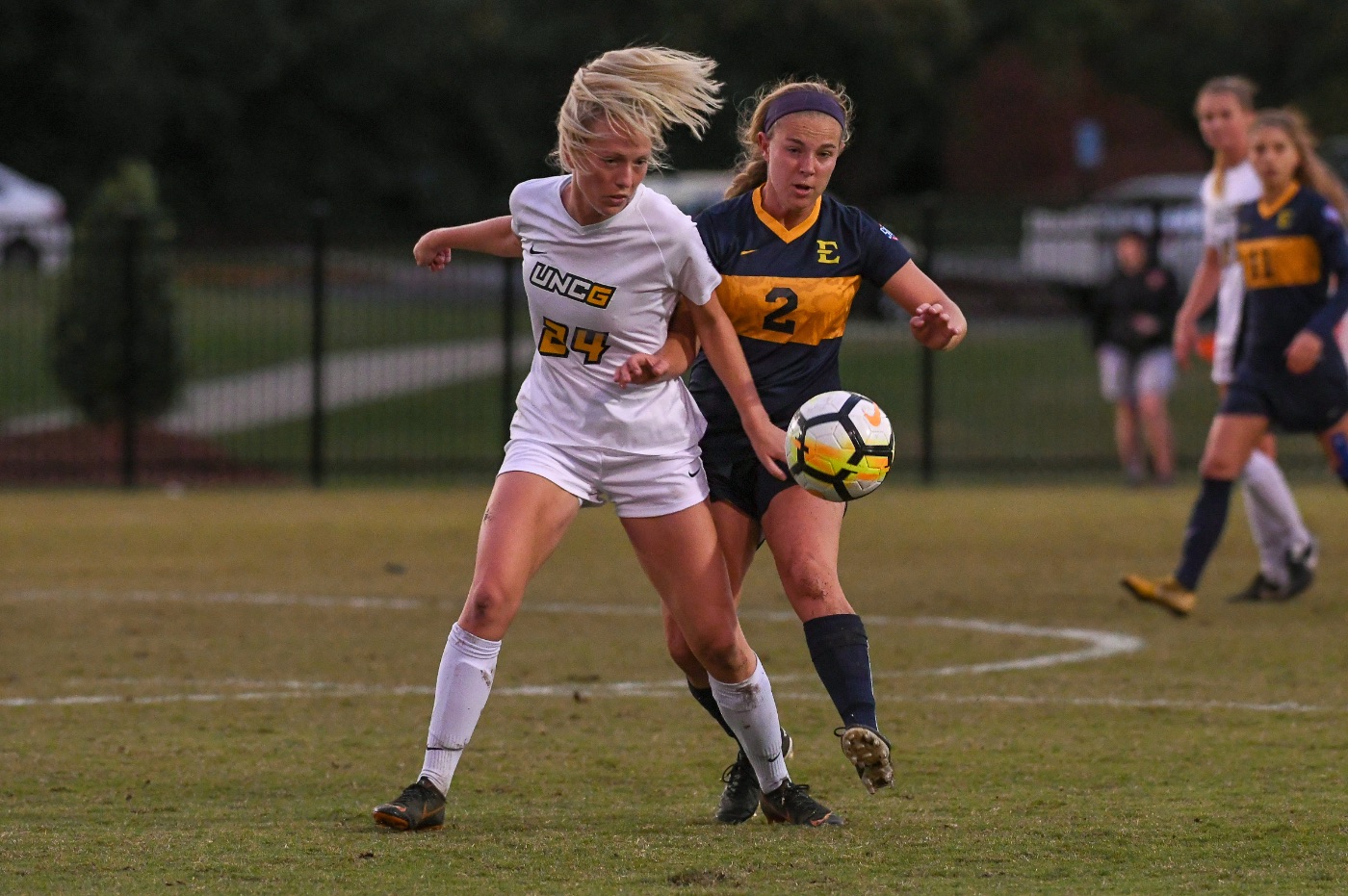 JOHNSON CITY, Tenn. (Oct. 28, 2018) – An ETSU women’s soccer season filled with thrilling record-breaking moments came to a close in Macon Friday night, as the No. 3 Bucs fell to No. 2 UNCG, 5-1, in the Southern Conference semifinal.

ETSU finishes the season with a 8-12 overall record, ending its season in the semifinal for the first time since 2014.

The lone ETSU goal came off the foot of junior Allie Duggan (Boca Raton, Fla.) in the second half. Duggan scored after Sarah Connolly (Ballygowan, Northern Ireland) had her shot saved, picking up the rebound for Duggan’s first goal of the season.

The Spartans drew first blood with a goal in the 19th minute by SoCon Freshman of the Year Nicole Souply, set up by a corner kick from the left side.

Right before the end of the half, UNCG found the net a second time with a goal by Grace Regal. The three second half goals came from Jordin Mosley and reigning SoCon Player of the Year Cienna Rideout. Rideout had a goal and a penalty kick to cap UNCG’s scoring.

The five Spartan goals are the most any team has scored on the Bucs this season. Also, this marks only second time since 2014 UNCG has defeated ETSU, with the Bucs winning five of the last seven in the series.

The Bucs saw an early opportunity to score first as Connolly had her shot blocked before Eleonora Goldoni (Ferrara, Italy) missed slightly high on the rebound. ETSU finished with 10 on the day.

With the season’s end, the Bucs will graduate 11 seniors — 10 of which were four-year players for head coach Adam Sayers. To read more about all 10 seniors' contributions to the ETSU program, click the box on the right-hand side of the page.

No. 2 UNCG advances to face No. 5 Furman in the SoCon Championship final set for Sunday at 2 p.m.