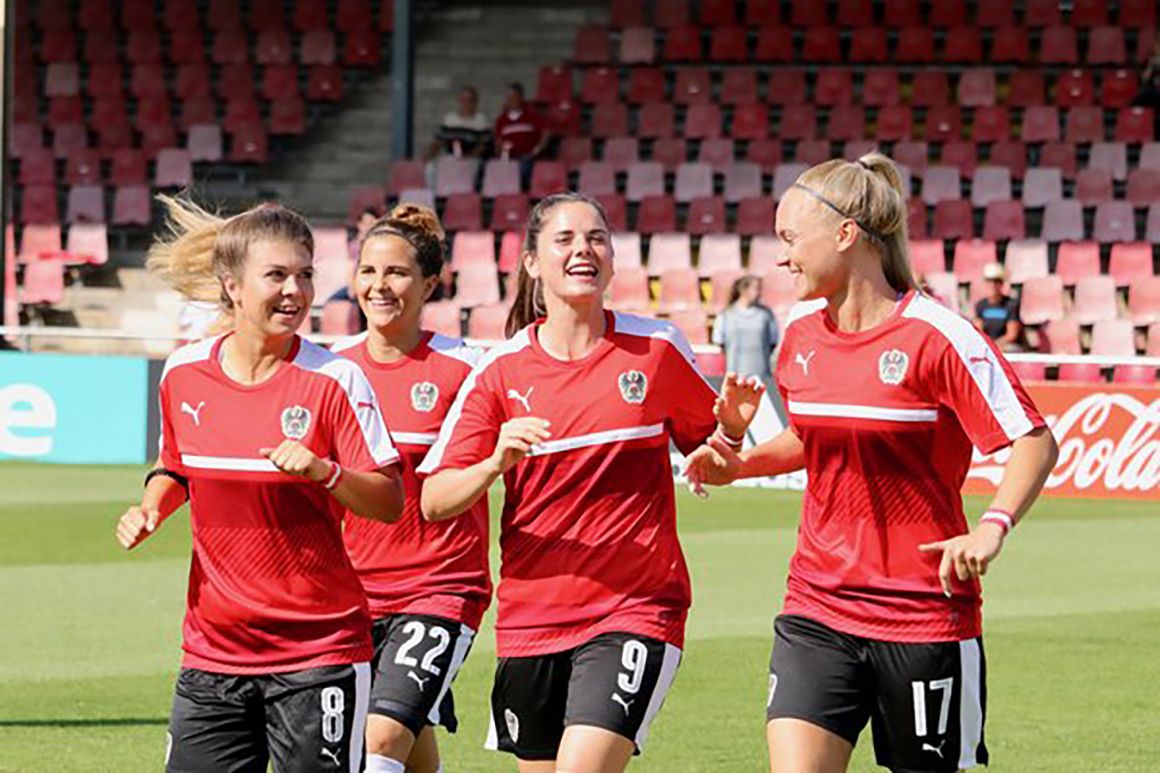 VIENNA, Austria (Dec. 21, 2018) – Former ETSU women’s soccer standout Sarah Zadrazil continues to represent the Bucs on a professional level overseas, as her native country of Austria named her the “Footballer of the Year” this week.

Zadrazil is the inaugural winner of this award, announced by the Austria Press Agency via DiePresse. Zadrazil currently stars as a midfielder for the German Bundesliga’s Turbine Potsdam team.

“We are extremely proud of Sarah,” said ETSU head coach Adam Sayers, who coached Zadrazil from 2012-15. “She was fantastic for ETSU during her four years here, garnering many deserved accolades. Also, her career post-ETSU continues to go from strength to strength, both with the national team and her club. She thoroughly deserves this recognition, and we look forward to continue following her excellent career. She is a wonderful role model and professional.”

The voting for “Footballer of the Year” consists of 10 coaches from teams in Austria’s top division — the Bundesliga — ranking their top three athletes in a point-based system. Any player around the world with Austrian citizenship is eligible for the award.

“There are not many people who claim to have become Austria's Footballer of the Year after their career, which makes me very proud,” Zadrazil told Austrian reporters.