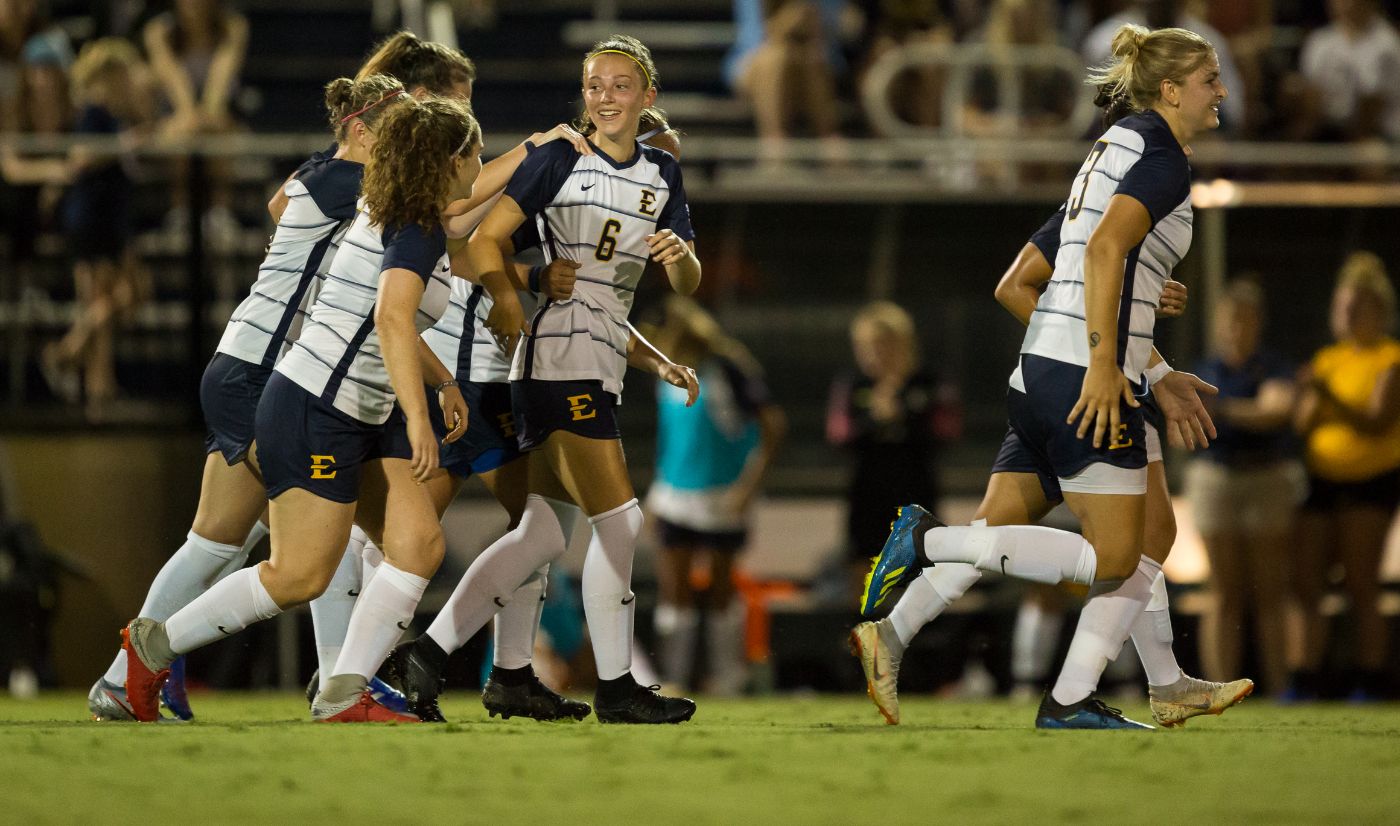 JOHNSON CITY, Tenn. (August 22, 2019) – The ETSU women’s soccer team kicked off to a strong start on Thursday evening, as the Bucs controlled their way to a 4-0 victory over King University at Summers-Taylor Stadium.

In only 16 minutes into her collegiate debut, Horiuchi found the ball at her feet 13 yards out after a defensive scramble from the Tornado forced a turnover deep into their own defensive third. The newcomer made no mistake and tucked her shot into an open net to cap off a strong start to the game.

ETSU found their second of the night through the foot of Sours. The junior picked her shot from over 20 yards out and slipped it just underneath the crossbar, giving the Tornado keeper no chance for it. Only six minutes later, the Bucs added another goal through Penaloza. After Jocelyn Nehls (New Richmond, Ohio) gained possession in the box, the rookie played Penaloza in on goal. The graduate transfer from Austin Peay sent a shot to the left side of the goal as the keeper couldn’t get enough on it to deflect the shot out of the goal to send the Bucs into half with a 3-0 lead.

ETSU controlled the second half, creating chances seemingly at will. Behind 24 total shots in the game, the Bucs finally converted a chance in the second half from a Kendall King (Charlotte, N.C.) corner kick. The loose ball found the feet of Bevan, who looped her shot over the keeper and two defenders on the line to put the game out of reach and send ETSU into the season on a positive performance.

Tess Mrozek (Johnson City, Tenn.) and Courtney Green (Lake Worth, Fla.) spent a half each safeguarding the net, with both of them finishing the evening with a save apiece. The Bucs outshot the Tornado 24-3 with Sours leading the team with three shots on goal.

“Thrilled with the players today,” commented head coach Adam Sayers. “We grew into the game as it went on and controlled it very well. We scored some very good goals and created several other chances. Building from the work we have been doing in preseason, it’s another step on the right direction. Now we turn our attention to Sunday.”

ETSU returns to Summers-Taylor on Sunday to take on UNC Asheville. Kickoff is scheduled for 7 p.m.