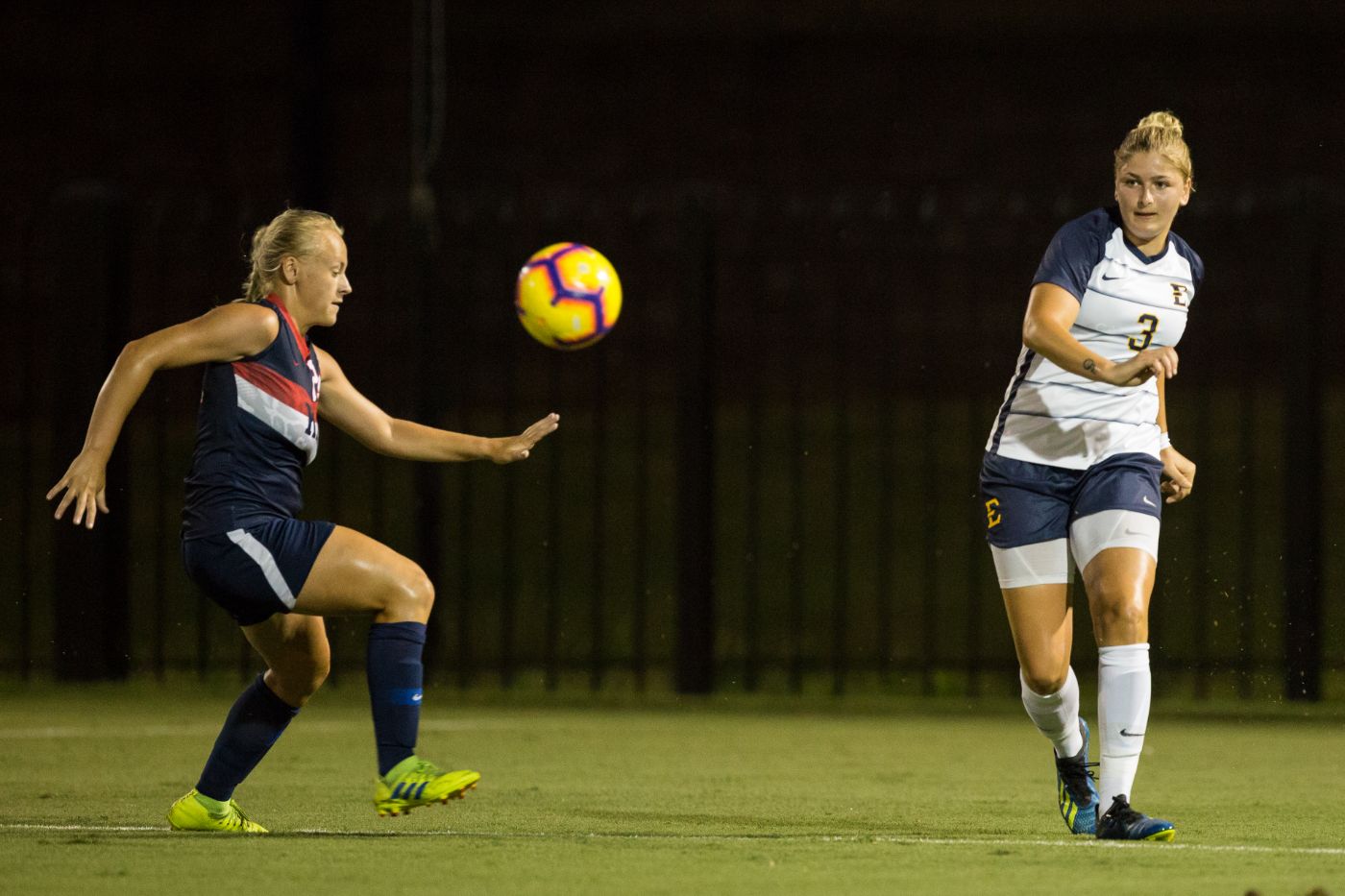 JOHNSON CITY, Tenn. (August 25, 2019) – The ETSU women’s soccer team dropped a heartbreaking loss over UNC Asheville on Sunday evening, conceding a 96th minute winner from the Bulldogs in the first overtime to fall to their first loss of the season.

ETSU marginally held an advantage after halftime, outshooting the Bulldogs 6-5 and forcing the only save out of either keeper in the first 45 minutes. The Bucs held a 5-0 margin in corner kicks but were unable to find their way through goal.

The second half saw chances from both sides go narrowly wide. ETSU forced three more saves out of the Bulldog keeper, including two efforts from Sydney Cavendar (Scott Depot, W. Va.) as the UNC Asheville goalie rose to the task and handled her duties comfortably. The excitement from the visiting crowd after the Bulldogs’ best chance in the second slowly trickled out as Gillian Oyos rifled a shot that rippled the top of the netting.

After neither side cut into the deadlock, the Bulldogs took the spoils only six minutes into extra action. The interchange of UNC Asheville attackers saw the ball fall to the feet of Skyler Chillson, who gave Tess Mrozek (Johnson City, Tenn.) no chance as the shot fell into the right side netting and sent the Bulldogs out with a win.

Mrozek finished the night with two saves as Sarah Connolly (Bollygowan, Northern Ireland) led the Bucs in shots with five. ETSU outshot the Bulldogs by a 13-12 margin.

ETSU finishes up their three game homestand to start the season by taking on USC Upstate. The Wednesday contest begins at 7 p.m. Live video and stats will be announced on the schedule on the website when available.