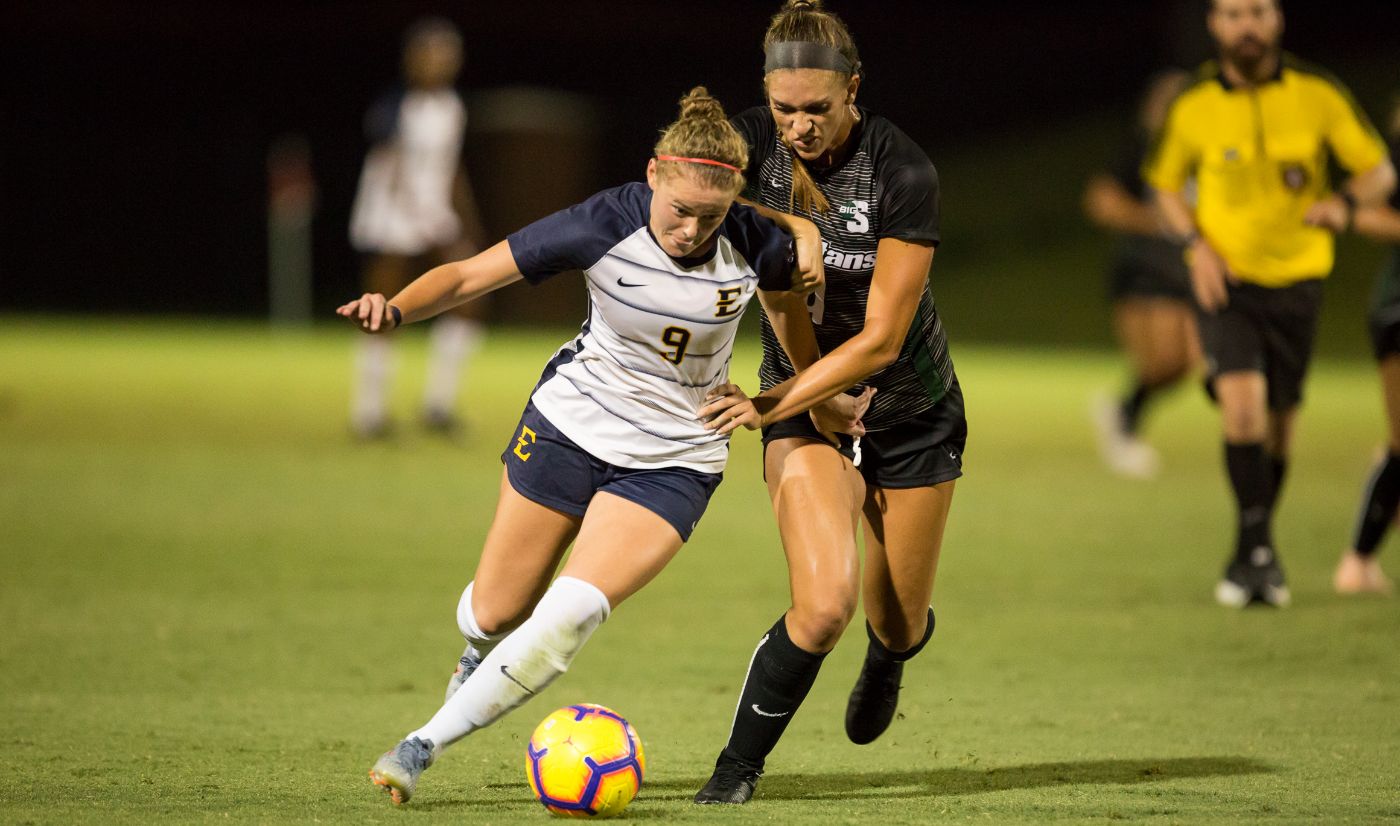 The Bucs came out from the get go with purpose, grabbing a 9-0 advantage in shots and forcing the Spartan keeper into four saves.

As the game grew on, ETSU kept their attacking mindset while USC Upstate slowly grew into the game, forcing goalkeeper Tess Mrozek (Johnson City, Tenn.) into two saves in the second half. With the closest chance in the first ninety minutes, the Spartans had an open shot on goal that was scrambled off the line brilliantly by Marina Bradic (Medvedja, Serbia) to maintain the tie with just under five minutes left in the contest.

Under two minutes into the second overtime, the Bucs were a brilliant save away from a Sarah Hill (Somerset, England) winner. Hill extended her foot full stretch to try and put her shot under the keeper, who was equal to the task as she fully extended to preserve the Spartan shutout. The two sides settled for a share of the game as the score ended in a 0-0 draw.

The Bucs travel to Gardner-Webb for a 7 p.m. kickoff on Sunday evening.