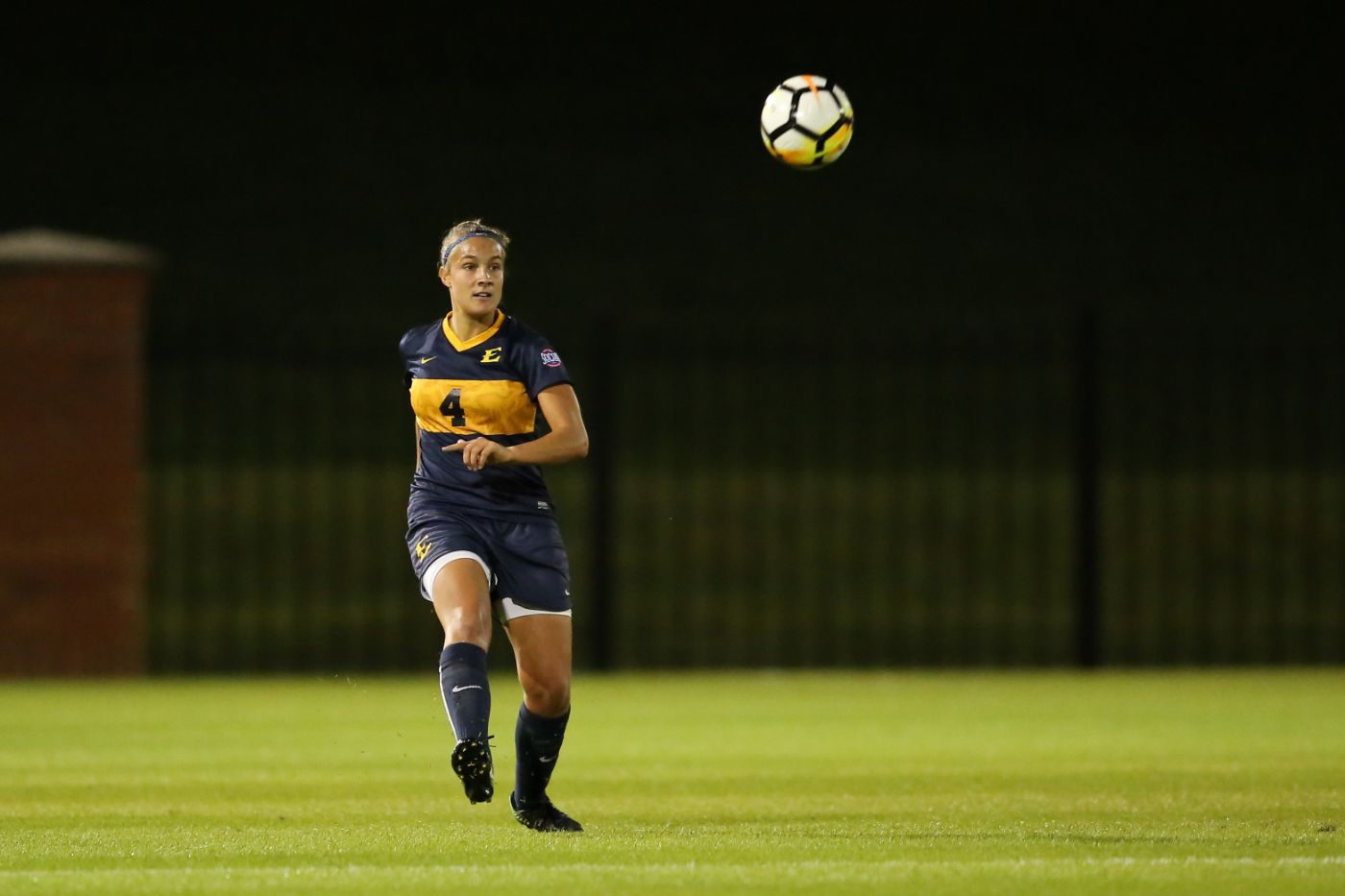 Mrozek with 12 saves in effort against GWU

JOHNSON CITY, Tenn. (September 1, 2019) – ETSU played their third consecutive overtime game on Sunday afternoon. Tess Mrozek (Johnson City, Tenn.) made 12 saves to help secure a result from Gardner-Webb with a 1-1 draw after 110 minutes.  The tie moved the Bucs to 1-1-2 on the year while GWU holds a 0-3-1 mark.

The Runnin’ Bulldogs entered the scoresheet first, needing just four minutes to put one into the Buccaneer net. Jada Newton raced past the ETSU defense and placed her shot around Mrozek for a 1-0 lead.

Under 10 minutes later, the Bucs rallied with a goal of their own. For the second time in the early season, Kendall King’s (Charlotte, N.C.) corner kick found an ETSU player for a goal, this time coming from the head of Elena Pisani (Milan, Italy). The senior defender powered her effort past the goalkeeper, who couldn’t put enough of a glove on the attempt to see it out of goal as the Bucs tied the game again.

ETSU almost found their first lead of the game through junior Sarah Connolly (Bollygowan, Northern Ireland) after 32 minutes. The forward picked the ball up from over 30 yards out and blasted an effort to catch the goalkeeper off guard. Despite beating the keeper, the ball slammed against the crossbar into the safety of a Bulldog defender as the score remained scoreless heading into the break.

The Bucs were unable to establish a rhythm in the second half as Gardner-Webb established a foothold in the game. Only able to create a few half chances, the Bucs were able to close it down defensively to force the third-straight overtime game for ETSU.

Creating the better chances in the two overtime periods, the Bucs were unable to breakthrough to earn a winner in extra time as the two sides settled for a draw.

The Bulldogs outshot the Bucs 24-13 on the evening, both sides with six corners apiece. Beatrice Abati (Milan, Italy) finished the night with four shots while Connolly recorded three efforts on the evening.

ETSU heads back on the road for a trip north next weekend. The Bucs face Navy (Annapolis, Md.) on Friday before facing Delaware State (Dover, Del.) on Sunday.