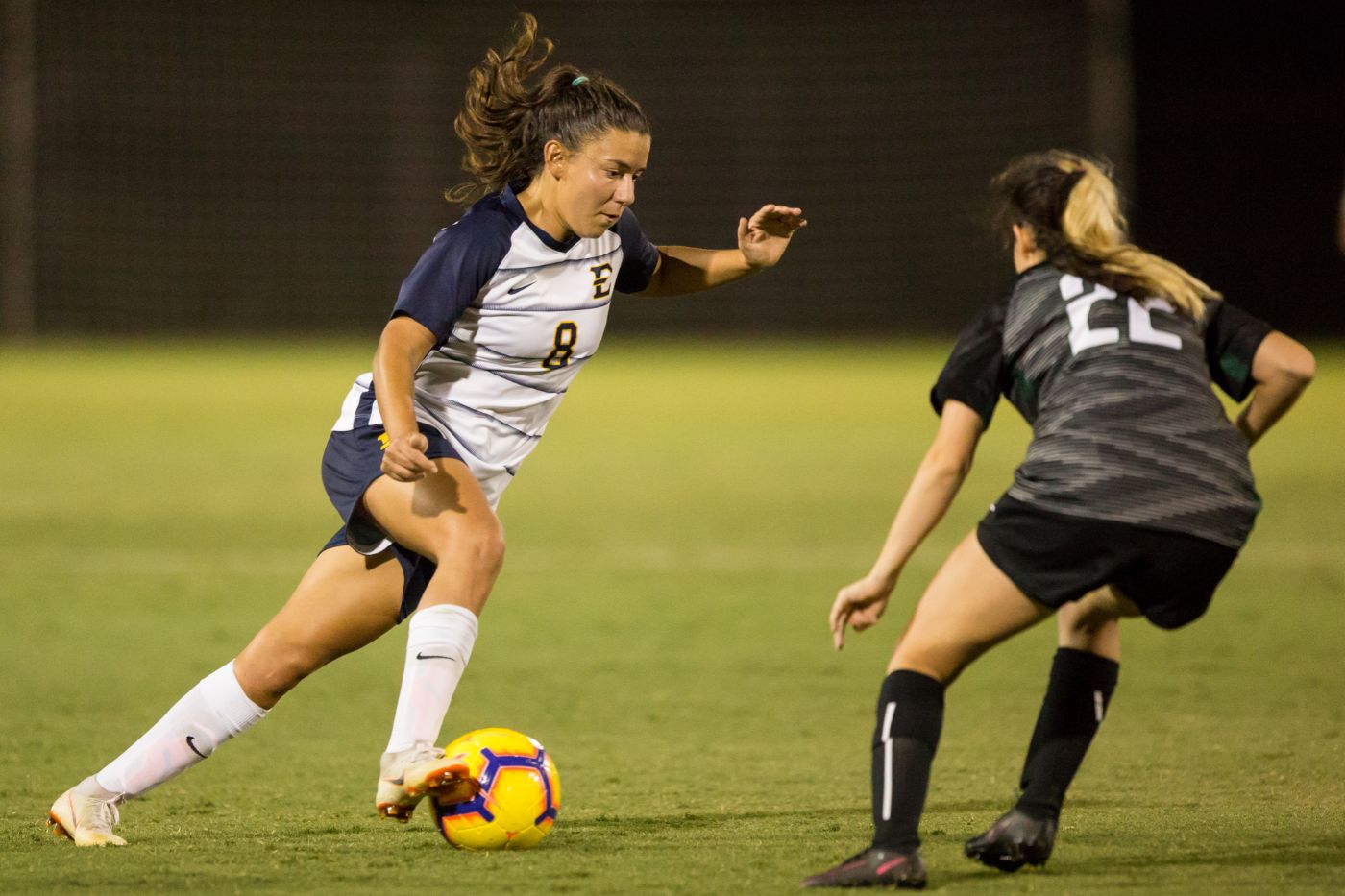 ANNAPOLIS, Md. (Sept. 6, 2019) – The ETSU women’s soccer team held strong, but were unable to see past host Navy as the Midshipmen outlasted the Bucs in a 2-1 win in Annapolis on Friday evening.

With the loss the Blue and Gold fall to 1-2-2 on the season. Navy improves to a 5-1 mark in their narrowest margin of victory on the season.

After nearly 30 minutes of action between the two sides with no shots on goal registered, a goal came out of almost nowhere from the Midshipmen. Avery Fries picked the ball up in midfield and beat a Buc defender before firing from well outside the 18 yard box, crashing the effort into the crossbar and into the netting to open the scoring on the evening.

With momentum from the goal, Navy creeped into the game and looked the more comfortable side in the final 15 minutes of the first half. The Bucs were able to hold their counterparts to the lone shot on the goal, slightly being edged 6-3 in shots but creating a chance on target of their own.

The defense of the Buccaneers looked strong in the second half, only conceding chances from distance that provided no real threat. It wasn’t until the 80th minute that Navy found their second goal. The Midshipmen were first to the second ball from a corner kick as Carolyn Mang headed home to give the hosts a two cushion lead.

ETSU showed a spark late in an attempt to create some last minute drama. After a scramble in the box, Beatrice Abati (Milan, Italy) scored her first goal as a Buc in the 88th minute as she arrived first to the loose ball and curled it around the onrushing keeper.

ETSU were unable to level it late as the home side were able to hang on with a victory. Navy outshot ETSU 21-5 on the evening, but only mustered a 6-2 advantage in shots on goal. Tess Mrozek (Johnson City, Tenn.) finished with four saves in her first appearance after winning SoCon Defensive Player of the Week, unable to do anything about the two efforts that went past her on the evening.

"Extremely proud of the players today," said head coach Adam Sayers. "We defended very well against a strong Navy team. The back four were colossal. We set ourselves up to be hard to beat and difficult to break down. It was going to take something special to penetrate us and it was a spectacular goal in the first half from Navy. We refused to give in and battled throughout. A lot of positives to take from this."

The Bucs take on the Hornets of Delaware State on Sunday afternoon. Kickoff is scheduled for 1 p.m.