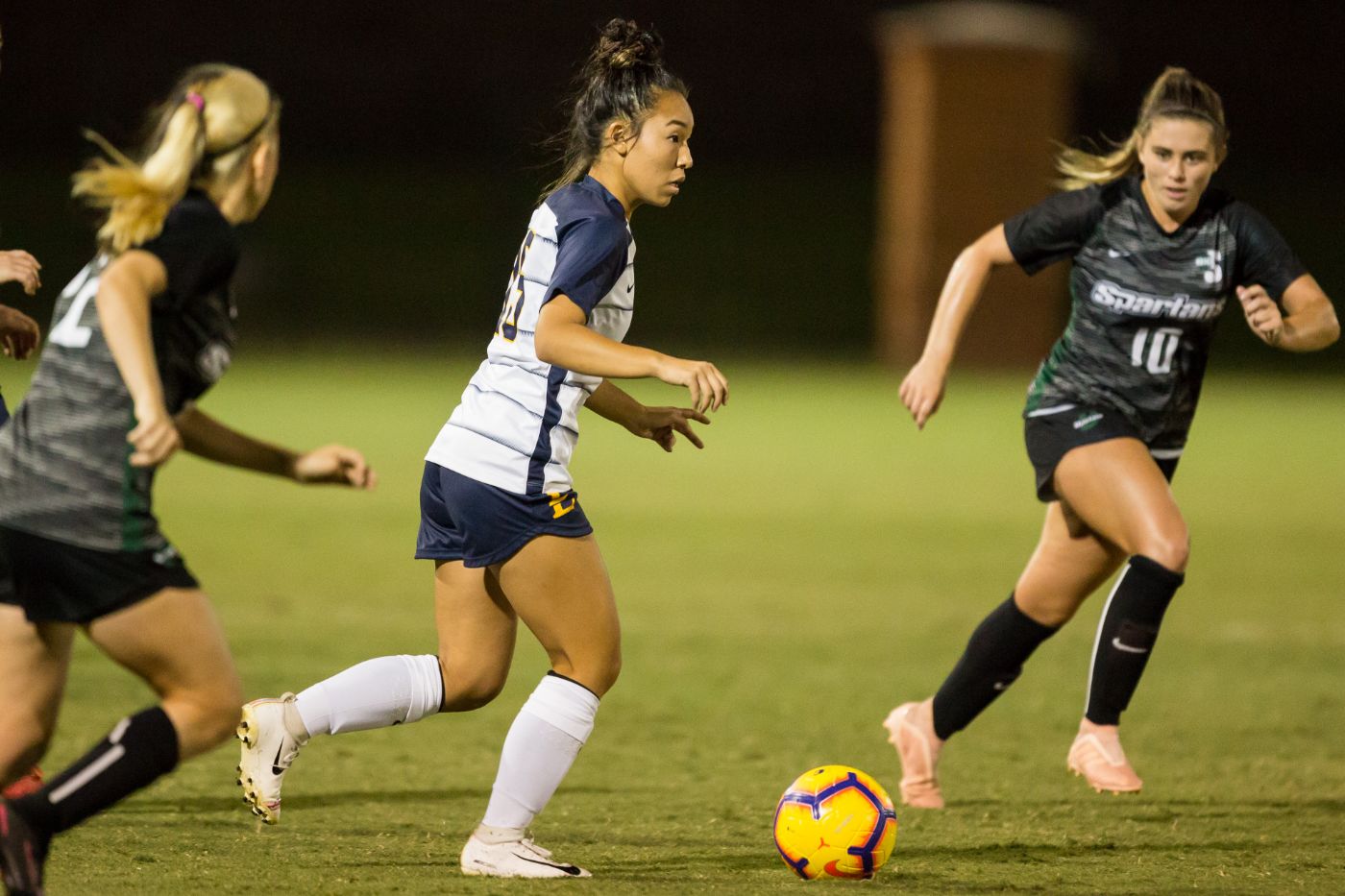 DOVER, Del. (Sept. 8, 2019) – The Bucs got back to winning ways on Sunday afternoon, controlling their way to a dominant 5-2 victory on the road at Delaware State behind two goals and an assist from freshman Anjela Kricak (Krusevac, Serbia).

ETSU moves to 2-2-2 on the season with the win, while the hosting Hornets fall to 0-6 on the year.

"It was a good result in difficult conditions," head coach Adam Sayers commented. "It took us awhile to grow into the game but we began effectively pressing them out of possession and played quick, minimal touch soccer in possession and began creating chances."

The Hornets opened the scoring just 10 minutes into action against the run of play to take an early lead. Geligne Franklin beat Tess Mrozek (Johnson City, Tenn) to a ball outside of the box and fired in on an open net to give the hosts an early advantage.

The lead didn’t last long, as Kricak netted her first goal of her collegiate career from a 40 yard effort over the keeper. Kricak again was called upon, scoring her second of the half just before the break to give the Bucs an advantage heading into the intermission.

On the other side of the break, ETSU doubled their advantage through Momoko Horiuchi (Paris, Tenn.) as the freshman scored her second goal of the season. Horiuchi’s goal was the second of the afternoon she was involved in, grabbing the assist for the second Kricak goal.

After the Bucs conceded a goal to cut the lead to 3-2, Kricak earned her first assist with just over 10 minutes to play as leading Buc goal scorer from 2018 Sarah Connolly (Bollygowan, Northern Ireland) opened her account on the year in an effort from range.

Pamela Penaloza (Bogota, Colombia) put the game out of reach, scoring her second of the year on one of the last kicks of the game to seal a resounding victory for the Buc side. Mrozek earned a win and a save before being replaced by freshman Courtney Green (Lake Worth, Fla.) for the final 34 minutes of the game.

"The players handled the pressure and testing circumstances very well. Credit to DSU, they caused us some problems with their quick forward play, but again our defense and goalkeepers were very solid," said Sayers. "Overall, a positive result today following a strong display on Friday, and a great way to end the weekend."

The Bucs outshot the Hornets 19-5 on the afternoon, forcing the Hornet keeper into six saves. ETSU also held a 8-1 advantage in corners. Penaloza and Elena Pisani (Milan, Italy) both led the Bucs with three shots.