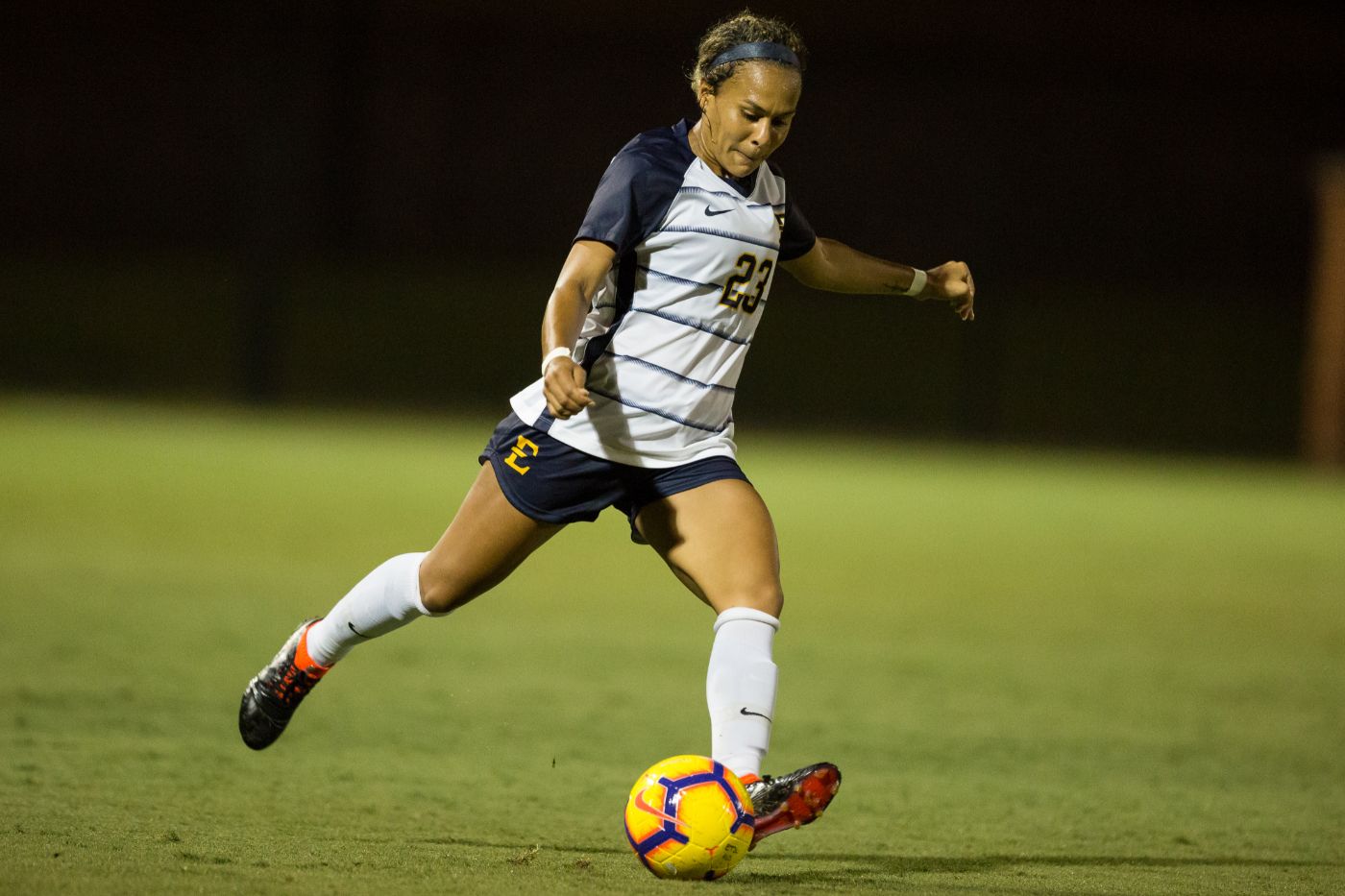 With the opening twenty minutes unable to separate the sides, the Highlanders struck first in the 24th minute from a corner, as Alexeis Kirnos headed in her first goal of the season to give Radford a lead. The Highlanders doubled their tally just minutes later, a well driven cross from the left that was rifled into the back of the net from Nelia Perez.

Radford outshot the Bucs 8-2 in the first half, as ETSU forced the Highlander keeper into two saves with their two opportunities. Radford also held a 4-0 advantage in corners.

ETSU came out with something to prove in the second, controlling much more of the game and providing opportunities on the ball throughout the half. Despite the response, the final ball could never find the back of the Radford goal.

The Bucs held the Highlander offense to just three shots in the second half with none of them threatening the goal of Tess Mrozek (Johnson City, Tenn.). Raffaela Giuliano (Caserta, Italy) and Sarah Connolly (Bollygowan, Northern Ireland) recorded shots on target for ETSU.

The Bucs head on the road to face Winthrop on Sunday evening. Kickoff is scheduled for 7 p.m. and will be streamed on ESPN+.