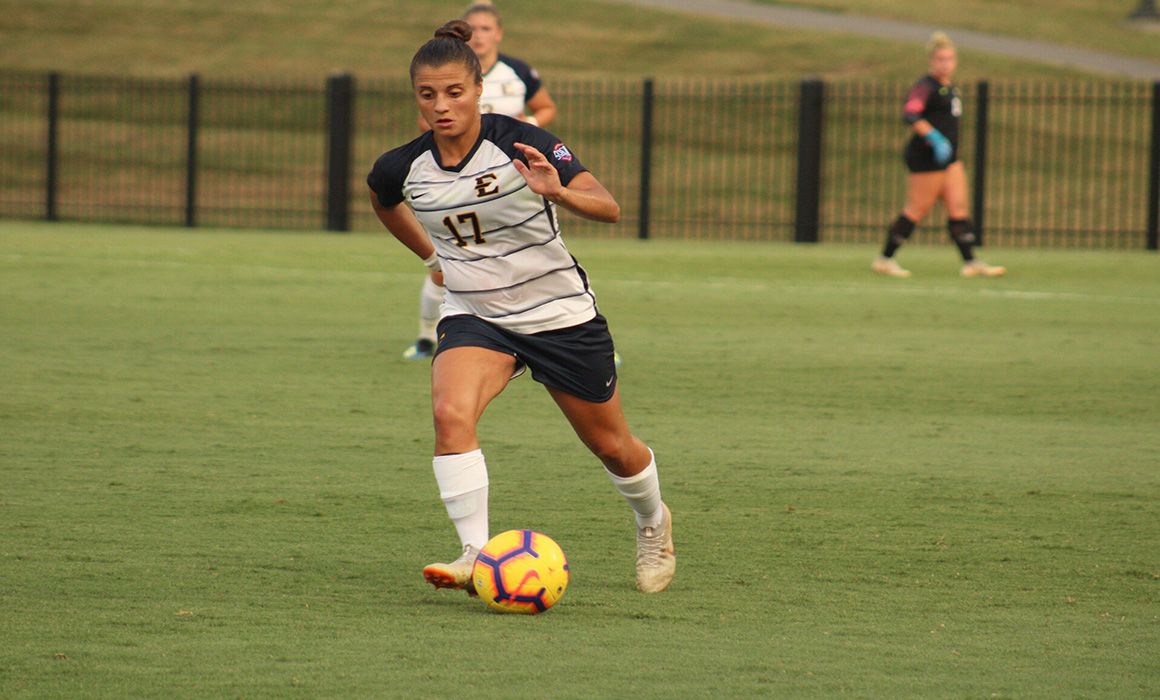 The majority of the first half was spent in the middle of the field, as both sides battled for possession and control in the midfield, unable to create any real threats on goal.

Into the first half, both sides recorded four shots, with ETSU holding an advantage in shots on goal by a narrow 3-2 margin. The Eagles held a 2-0 advantage in corner kicks in the first 45 minutes.

Winthrop took advantage of their first set piece in the second half, as Keeley Leising took a Eagle corner kick that met the head of Allie Thomas, who powered it past the Buccaneer goal to put the hosts ahead.

It would be enough to see the hosts through, as the Bucs were unable to register a shot on target in the final 15 minutes to drop their second in as many games.

Tess Mrozek (Johnson City, Tenn.) recorded two saves for the Bucs, while Kendall King (Charlotte, N.C.) led the Bucs off the bench with two shots. ETSU forced Winthrop goalkeeper Ashlynn Harris into five saves out of their seven shots on the night.

The Bucs are back in action on Wednesday, taking on Hampton in a 5 p.m. matchup at Summers-Taylor.