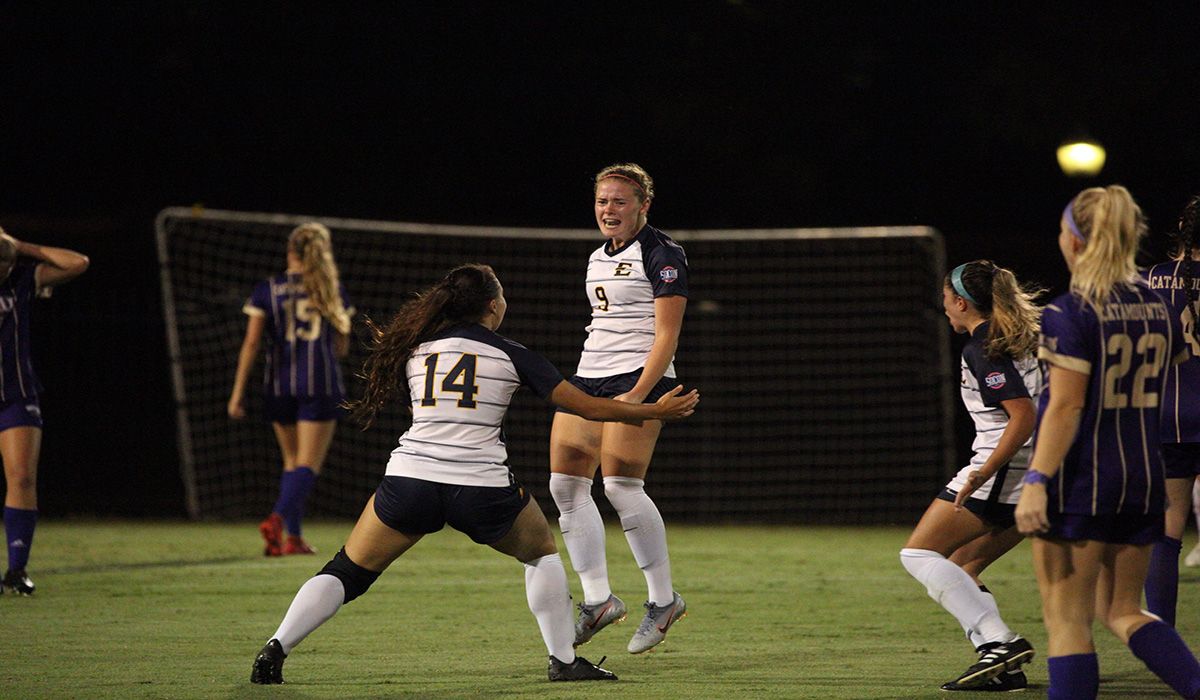 ORANGEBURG, S.C. (Sept. 30, 2019) – In the non-conference finale of the ETSU women’s soccer schedule, the Bucs finished strong by recording a 5-0 road win over the SC State Bulldogs on Monday evening through a Sarah Connolly (Bollygowan, Northern Ireland) hat trick. The Bucs head into the remainder of SoCon play at 4-5-2 while the Bulldogs fall to 1-8.

The Bucs got out to an early start, scoring in the first minute of action. With the ball at the Bulldog keeper’s feet, Connolly gave chase to pressure her into action, winning the challenge and slotting the ball into a wide open net.

Connolly doubled her advantage just three minutes later, tapping into the goal from a Sydney Cavender (Scott Depot, W. Va) assist. The two would flip roles just under a minute later, as Anjela Kricak (Krusevac, Serbia) and Connolly played it into Cavender who scored her first collegiate goal as a Buc as the ETSU went up 3-0 in the first five minutes.

Connolly completed her hat trick on 17 minutes, the second time in her career scoring more than three goals in a game. The junior’s sixth goal of the season came from play down the wing from Maegan Sours (Erie, Colo.) who crossed it into Cavender. Cavender played the ball across for Connolly, and the Northern Ireland native made no mistake as she buried home the effort to give a 4-0 lead to her side.

The Blue and Gold grabbed their fifth goal through an own goal from the Bulldogs, capping off a tied season-high five goals as the Bucs finished off the non-conference season in style.

The Bucs host back-to-back conference matchups at Summers-Taylor this weekend, hosting Samford on Friday, Oct. 4 at 7 p.m. before Chattanooga comes to town on Sunday, Oct. 6 at 2 p.m.