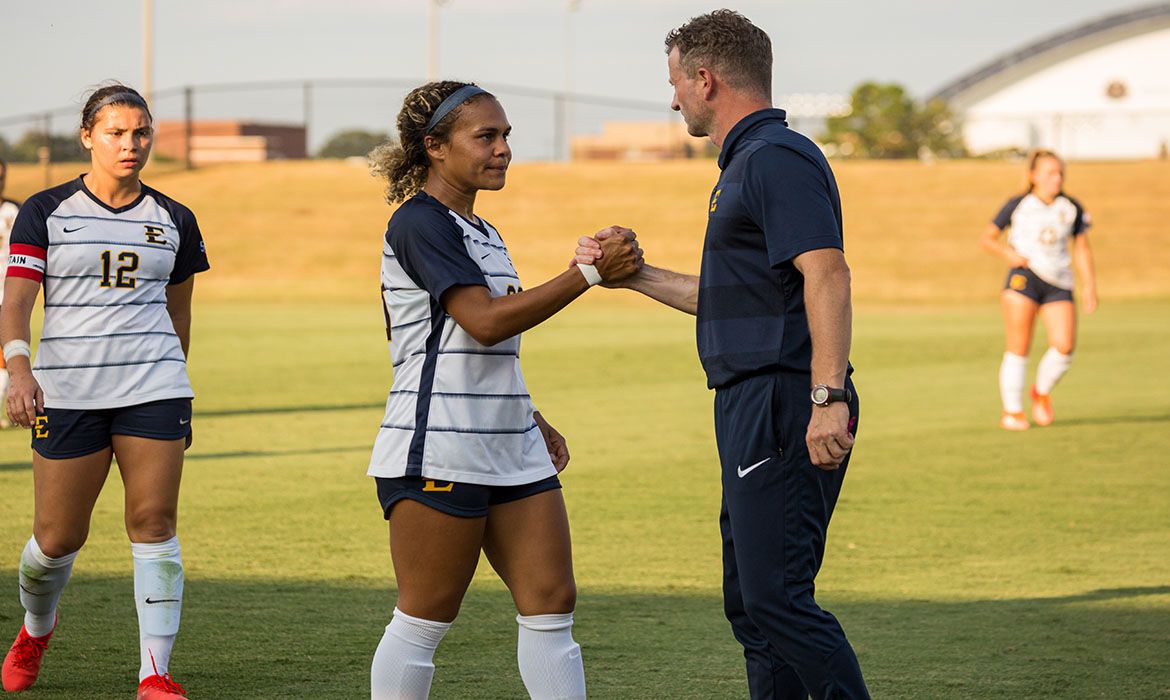 GREENVILLE, S.C. (Oct. 11, 2019) – ETSU women’s soccer took a hit to their conference campaign on Friday evening to the hands of Furman, the Paladins grabbing a 2-0 win on home soil at Stone Soccer Stadium.

With two of the better defensive sides in conference play meeting each other, the first half started out the way it would be expected. 30 minutes into the game, shots from Maegan Sours (Erie, Colo.) and Anjela Kricak (Krusevac, Serbia) saw the Bucs edge the Paladins in shots 2-1 early on in the defensive battle.

Furman responded over the final 15 minutes of the first half, increasingly challenging the Buccaneer defense with five unanswered shots to end the half. Adam Sayer’s side was up to the challenge, allowing only one of the six first half shots on target, an effort that Tess Mrozek (Johnson City, Tenn.) handled comfortably as the sides went into the locker to make adjustments with the 0-0 score line.

The Bucs opened the second half on a positive note, recording four shots and forcing Furman’s Kellsey Weaver into three saves as they looked to open the scoring.

Like the first half, the Paladins slowly grew into the game, threatening Mrozek’s goal after earning a free kick on top of the box. Erin O’Hearn stepped up to take the kick and rung the side post as the effort crashed off and into the box, where the Mrozek grabbed a follow up attempt to clear the danger.

But the Furman pressure finally found a way just a minute later in the 75th minute, Arianna Milicia floating a ball into the path of Erin Houlihan, who headed the ball into the far netting to open the scoring for the hosts as she recorded her sixth goal of the season.

The Paladins sealed the game in the 89th minute after the Buccaneers conceded their first penalty of the season. O’Hearn made no mistake, firing low to Mrozek’s right, leaving the keeper with no chance as Furman escaped with a 2-0 win.

The Bucs conclude their weekend trip to on Sunday, visiting Wofford in a 2 p.m. afternoon matchup against the Terriers.