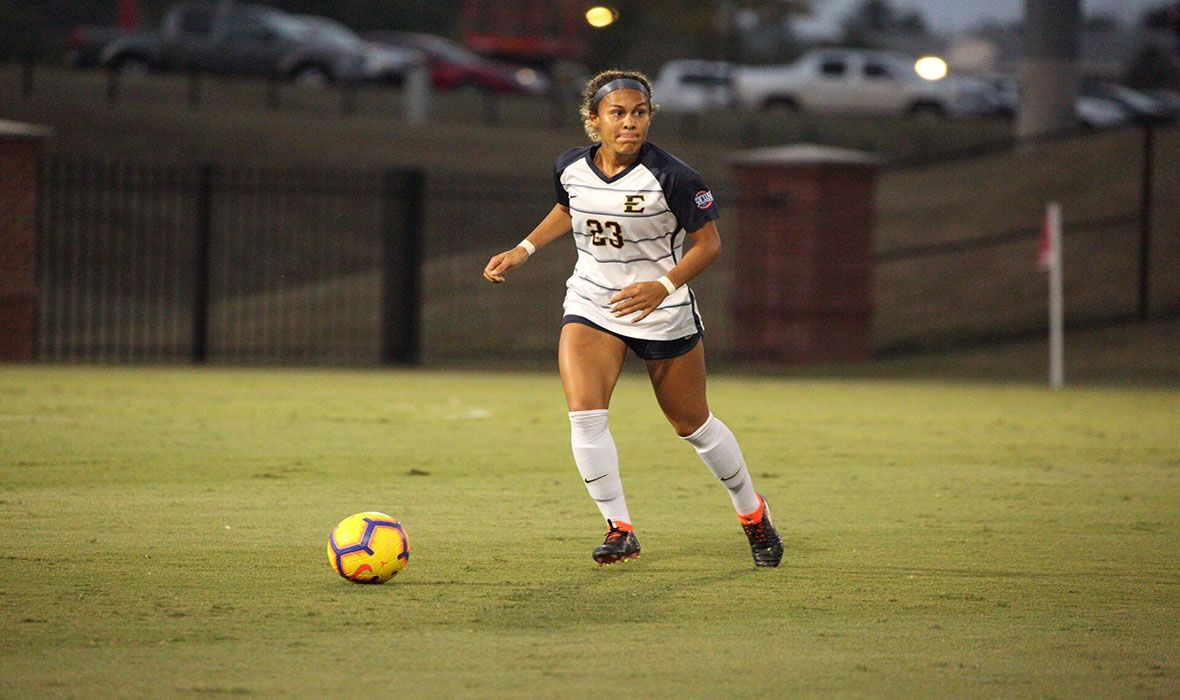 SPARTANBURG, S.C. (Oct. 13, 2019) – After controlling most of the game, the ETSU women’s soccer team allowed a late game-winner from Wofford to fall in a 1-0 Southern Conference showdown Sunday afternoon at Snyder Field. The Bucs fall to 4-8-3 on the season, a 2-5-2 record in SoCon play.

Opening the contest, the Bucs were the only team looking threatening to open the scoring. Despite a 7-0 advantage in shots in the first half, ETSU failed to find a final product as the two teams went into the break with a 0-0 score line.

Beatrice Abati (Milan, Italy) highlighted the Buc offense in the first half, taking five shots while forcing the Wofford keeper into one save. Elena Pisani (Milan, Italy) and Maegan Sours (Erie, Colo.) also combined for a shot each.

Both sides came out of the 10 minute intermission looking for a quick start, the Terriers grabbing their first attempt at the 53 minute mark. Sydney Cavender (Scott Depot, W. Va) had two efforts in the 55th minute as Maria Mon equaled the call and saved both pair of attempts to keep the score at nil-nil.

Sours forced Mon into yet another save in the 69th minute before Tess Mrozek (Johnson City, Tenn.) received her first action of the game, saving a Terrier attempt just a minute later.

With just over five minutes to go in the contest, the Terriers found the game’s only breakthrough as Cameryn Burke placed an effort to the right side of the goal, beating Mrozek and sending the home side out with a conference win while playing behind the ball most of the contest.

Abati and Sours led the Bucs offensively with five and three shots respectively. ETSU outshot the Terriers 13-7 in the match, a 6-3 advantage in shots on goal. Mrozek finished with two saves on the afternoon.

The Bucs are back in action next weekend, hosting Mercer and The Citadel at Summers-Taylor Stadium. ETSU begins their homestand against the Bears in a Friday kickoff at 7 p.m.