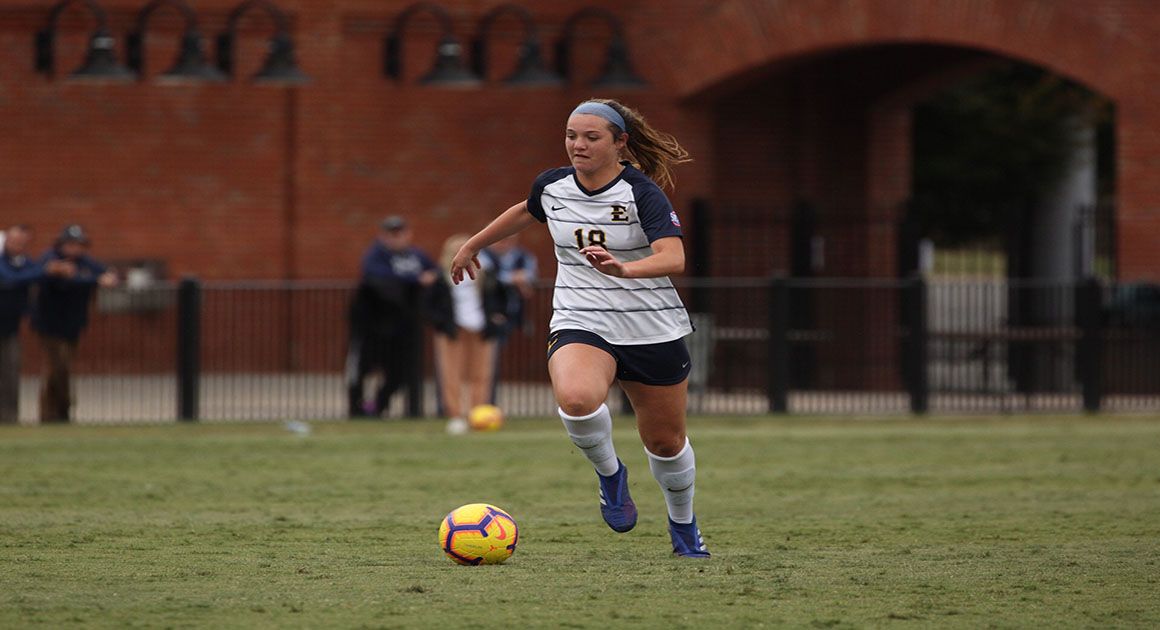 GREENSBORO, N.C. (Oct. 27, 2019) – In the final game of the season, ETSU women’s soccer were overmatched by a UNC Greensboro side in a 2-0 defeat at UNCG Soccer Complex on Sunday afternoon.

With SoCon tournament implications on the line heading into the match, the Bucs looked to get off on the right foot in order to host the first round of the tournament in the next weekend. Despite the attacking play, the Bucs were unable to grab any real opportunities in the first 30 minutes, creating only one chance that didn’t threaten the Spartan side.

After growing into the game, the Bucs started to record chance after chance, including forcing a save from UNCG’s Abby Buchholz from Elena Pisani’s (Milan, Italy) header that resulted in a scramble around the box before the Spartans eventually cleared the danger.

With just three minutes before half, the Spartans broke through the Buccaneer defense and opened the goal scoring on the afternoon. Recycling the play in the box, Kaley Tucker ran onto a through ball at the top of the 18 and rifled her shot low and out of reach of a stretching Tess Mrozek (Johnson City, Tenn.)

The Spartans came out in full control in the second half, outshooting the Bucs 12-2 over the course of the last 45 minutes. UNCG put the game away in the 65th minute, heading home an opportunity to double the Spartan advantage and all but ensure a victory on the afternoon.

UNCG outshot the Bucs 20-8 over the course of the game, forcing Mrozek into seven saves. The Bucs were led offensively by Pisani, who put both of her opportunities on net to give Buchholz her two saves.