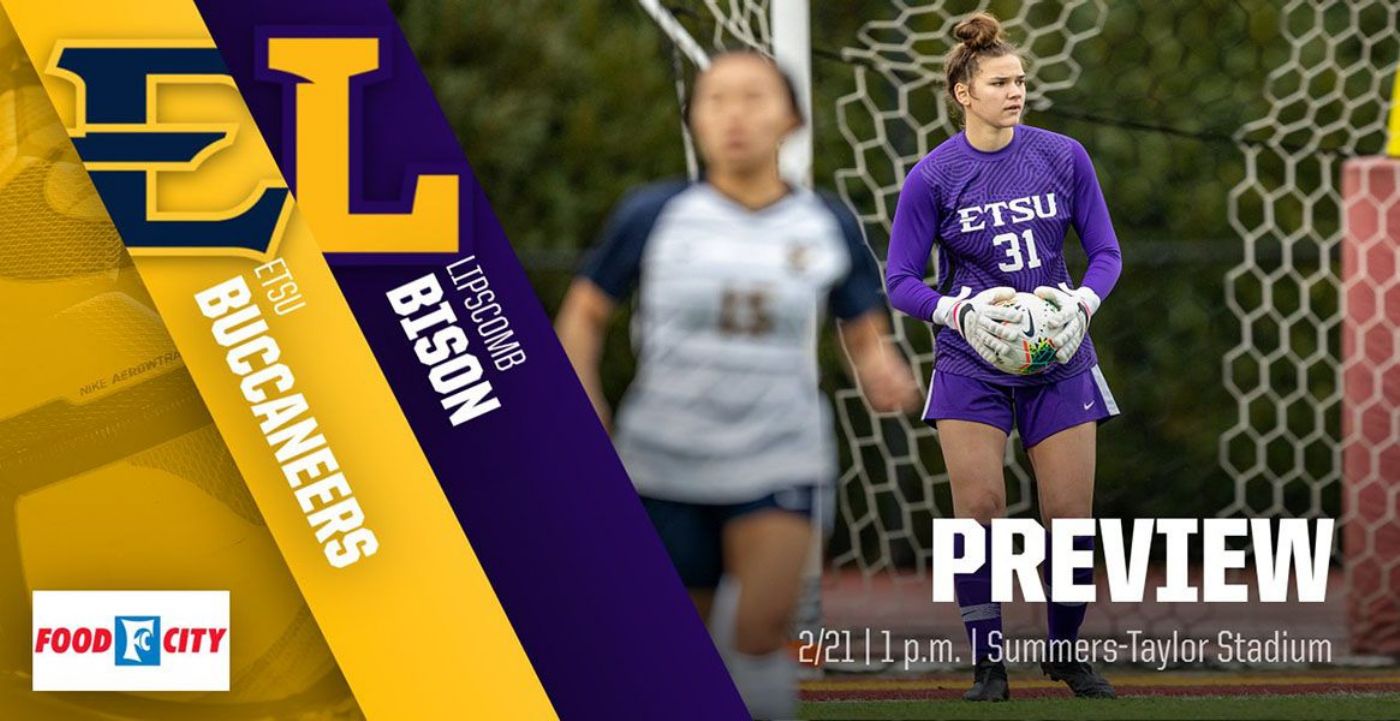 Bucs look to bounce back against the Bisons

JOHNSON CITY, Tenn. (Feb. 20, 2021) – After a last minute switch to Kermit Tipton Stadium for the season opener, ETSU women’s soccer welcomes Lipscomb for the first match of the season at Summers-Taylor Stadium on Sunday afternoon.

Initially scheduled for Friday, the two teams pushed the game to a weekend matinee in response to adverse weather conditions. The two in-state squads look for their first win of the season in the 1 p.m. kickoff.

The Bucs are set for action on ESPN+ for the Sunday matchup against the Bisons. Buccaneer Sports Network’s very own Mike Gallagher is on play-by-play for the call.

As previously mentioned, ETSU hosted Marshall on a unfamiliar playing field in the season opener, having to move to Kermit Tipton Stadium at Science Hill HS in Johnson City, due to a waterlogged pitch at Summers-Taylor Stadium. Despite the late adjustment, it was a tightly wounded battle with the Thundering Herd. The visitors opened the deadlock just over 10 minutes into the second half, but were met by an immediate retaliation from the Blue and Gold. Each squad had a chance to win the match on either side of the end of regulation, the Herd eventually breaking through with just under 40 seconds left in the first overtime period to spoil the debut of ETSU Head Coach Jay Yelton.

Sarah Connolly (Bollygowan, Northern Ireland) leads the Buccaneer line, entering with 16 career goals for the Blue and Gold (10th in program history). Andjela Kricak (Krusevac, Serbia) enters with the lone goal in the Buccaneer loss, building off a freshman season in which the midfielder tallied two goals and six assists.

The Bisons meet a Lee University side that was raring for an upset, the DII school knocking off Lipscomb 2-1 at home in their season opener. Coming in as preseason ASUN favorites, the Bisons launched 17 shots compared to the five conceded, but were unable to capitalize on their chances. Lipscomb will meet the Bucs for their first road trip of the season in Sunday’s matchup.

Four players landed on the ASUN Preseason All-Conference Team, led by sophomore Molly Grant. Grant earned a spot on the ASUN All-Freshman team last season and returns as the top assister and third-leading goal scorer in the conference. Katia Hanger, Logan McFadden and Cami Rogers all join Grant in the preseason recognition. Hanger joined Grant on the All-Freshman team in 2019, while McFadden returns from an injury that kept her out in 2019 with 2018 ASUN Defender of the Year accolades to her name. A transfer from Auburn last season, Rogers looks to build on her three goal, five assist campaign from 2019.

The Sunday matchup marks the 10th meeting between the two sides, a series historically dominated by the Blue and Gold. With an overall record of 8-1 against the Nashville side, the two face off in their first meeting since 2013. The only loss in the series to the Bisons was nearly 13 years ago, Lipscomb sneaking out of Summers-Taylor Stadium with a 1-0 overtime win. That win marked one of the only four times ETSU allowed a goal to the incoming visitors, outscoring Lipscomb 20-4 in the series.