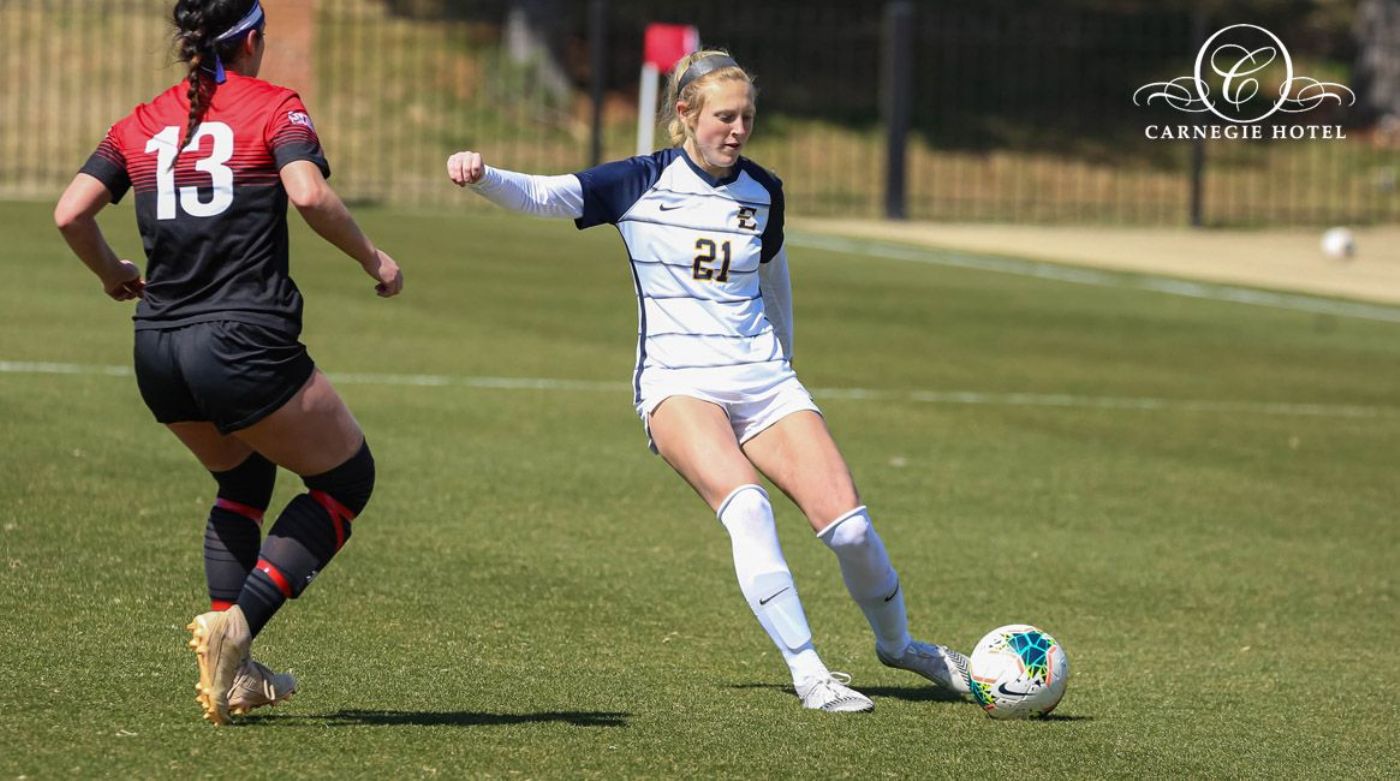 ETSU and Western Carolina set for their single-game weekend

JOHNSON CITY, Tenn. (March 18, 2021) – ETSU continues their first road journey of the season, facing their third consecutive trip away from Summers-Taylor as Western Carolina plays host to the Bucs in a Friday afternoon showdown.

The meeting with Western Carolina at the Catamount Sports Complex is the last of their road trip before heading back home next weekend for a doubleheader weekend in Johnson City. Both teams come off stumbling blocks against Chattanooga and Samford this past weekend.

The Bucs are set for action on ESPN+ for the Friday matchup against the Catamounts.

After opening up with back-to-back results to remain undefeated in conference, ETSU took their first two losses of the conference campaign against Chattanooga and Samford. Scoring the opening goal against the Mocs, the first time this season ETSU scored the first goal, the Bucs succumbed to a late goal in regulation to force overtime. The hosts grabbed the winner in double overtime to stun the Bucs and send them to Samford with their first SoCon loss.

The Bulldogs met the Bucs showing why they were considered preseason favorites, beating ETSU by a 5-0 score behind three second half goals in less than 10 minutes. It was the first meeting between ETSU head coach Jay Yelton and his brother Todd after spending 17 seasons on the same sidelines as each other.

Jocelyn Nehls (New Richmond, Ohio) continued her recent form by scoring her second goal in as many games against the Mocs, tucking away a dangerous free kick from Kendall King (Charlotte, N.C.). The two lead the Bucs in points on the season, Nehls pacing the Blue and Gold with five while King registered her third point after scoring her first collegiate goal the week prior.

After a strong start, Ashton Blair (Knoxville, Tenn.) looks to shake off a seven goal weekend for the Bucs. The freshman keeper averages more than five saves a contest, collecting a save percentage of .717. The ETSU defense still searches for their first clean sheet of the season.

The Catamounts enter the Friday afternoon contest with a 2-5 record, 1-3 in SoCon play. WCU suffered similar outcomes over the weekend to the Bulldogs and Mocs, dropping both contests on the road.

Both the Catamounts and Bucs have been in at least four contests this season that have been decided by a goal or less, Western Carolina being 1-3 when in tight games. Their lone non-conference win came in their only overtime game of the year, defeating Charlotte with a first period overtime winner.

With a two-minute brace against VMI, Regan Ward leads the Catamounts with five points, her two goals joint-most on the team. Maryanne Kilgore also contributes two goals to the Cullowhee side, Maggie Lloyd registering the other tally on the year. The primary Catamount shot stopper is Melody Mezzina, who holds a 1.16 GAA, a .794 save percentage and two shutouts.

The Catamounts hold a close series history, taking eight wins in the 16 matchups. The Bucs have grabbed six wins, the two sides splitting honors twice in the series. The road team has won the last three matches of the series, WCU grabbing a double-overtime winner in the last meeting in 2019.