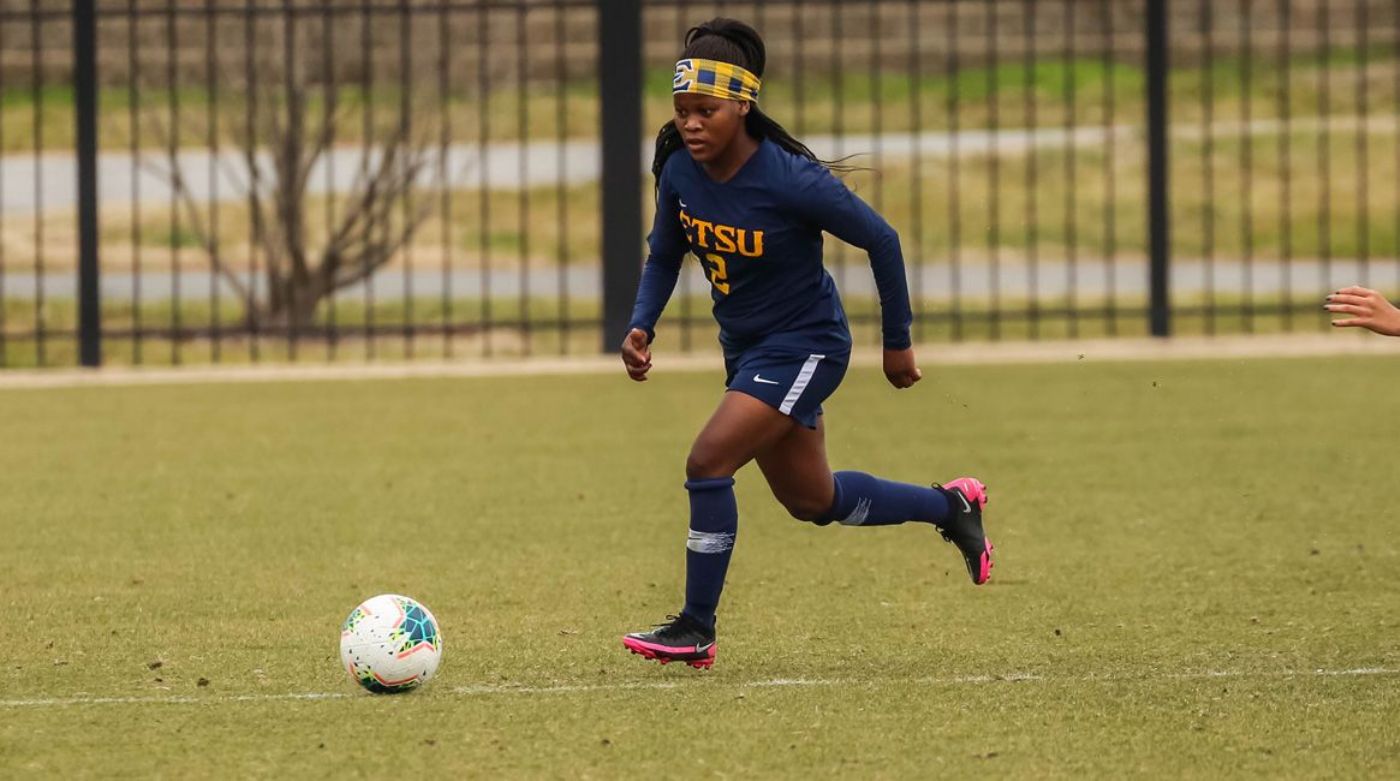 In one of their first opportunities, the hosts capitalized on a set piece to give the Catamounts a lead less than 25 minutes into the opening half. Western Carolina used two second half goals to increase their advantage, ending any hope of a late Buccaneer comeback attempt.

Western Carolina held a 16-4 advantage in shots, seven of the Catamount efforts on target.

ETSU created five corner kick opportunities compared to Western Carolina’s four. Only 17 fouls were whistled throughout the match, 9-8 in favor of the hosts.

The Bucs suffered their second straight shutout after scoring in their opening five games.

With a midfield battle back-and-forth over the course of the opening 20 minutes, neither side were able to create any real opportunities on goal. That would change with a Western Carolina corner kick in the 23rd minute. Amber Van Den Berg stepped up to take the set piece, her curling effort sailing over the host of bodies and finding the back of the net, scoring an unlikely goal to put the hosts ahead. Despite growing into the game the final 20 minutes of the half, the Bucs were unable to respond as the Catamounts took a 1-0 lead into half.

Western Carolina extended their lead 10 minutes into the second half, countering a Buccaneer attack as Van Den Berg picked out Summit Dann, who had all the time in the world to find a finish to double the Catamount advantage.

Looking for a late bid for a comeback, Raffaella Giuliano (Caserta, Italy) produced the second chance of the second half, forcing the WCU keeper into a save that gave ETSU a corner. The Catamounts dealt with it, able to kill the last 10 minutes before Maggie Lloyd capped off the afternoon with a third goal in the 88th minute for Western Carolina to walk out with a 3-0 Catamount win.

The Bucs return home next weekend, facing Wofford in a 3 p.m. kick on March 26 inside Summers-Taylor.