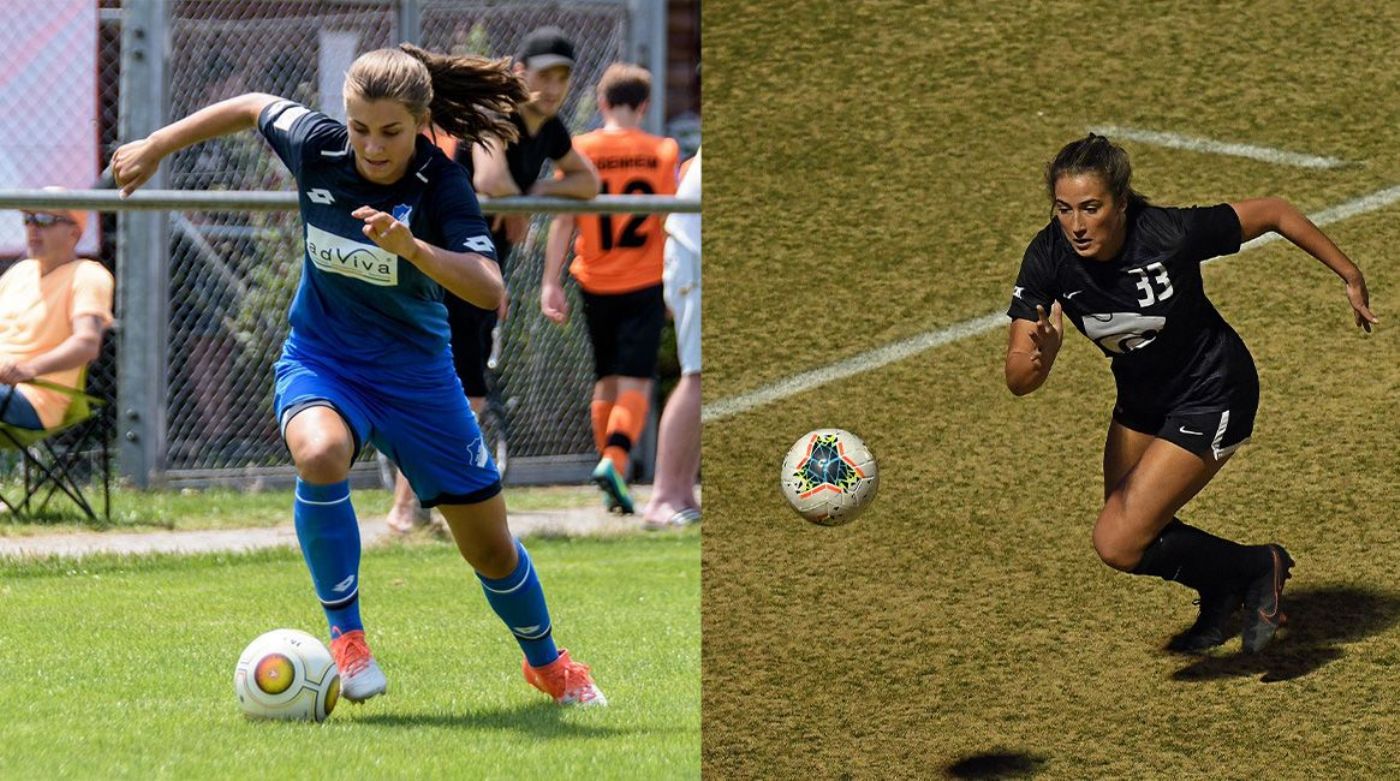 The two additions to the roster brings the ETSU newcomers up to 10, adding a variety of depth and experience to a thin squad in the 2021 spring season. Both Brown and Bauer are expected to compete in an advanced role, both playing up front as a forward for their previous club/school.

“With the addition of Nele and Jenna, we believe we have added another dimension to our attacking options and should make us much more efficient in front of goal,” said Yelton. “Both of them are proven goal scorers and we expect them to make an immediate impact in the squad.”

Prior to ETSU: Spent two seasons at Kansas State…made 16 appearances and one start for the Wildcats…named the 2016 Tulsa World Herald All-Metro Player of the Year and the VYPE Northeast Oklahoma Player of the Year, scoring 19 goals and leading Claremore HS to their first Class 5A state title as a freshman...an honorable mention in 2017 and a second team nomination to the Tulsa World Herald All-World Team in 2018…helped Claremore to a state runner-up finish in the 2017 Class 5A state championships…won three straight district titles with her high school…member of the TopDrawerSoccer.com Spring 2019 High School All-America Watch List…scored 60 goals in her high school career.

“Jenna bring will bring college experience at the power five level to our team. She is someone who we believe will be an important part of our possession opportunities in the final third as we create our attack. We are really excited that Jenna is choosing to join us at ETSU and that she will be a fantastic addition to our team.”

Prior to ETSU: Spent time in Germany at the Gymnasium Bammental, playing soccer and handball...represented the German National Team at various youth levels...was the top goal scorer for FC Bammental in 2015...moved on to TSG 1899 Hoffenheim, where she was again the top scorer in 2016, 2017 and 2018...was also the top goal scorer for her Baden state team at the U14, U15, U16 and U17 level...won the Cordial Cup in 2018...was selected as the U17 best player and top goal scorer at the international Niederrhein Cup.

“We are really looking forward to having Nele join us. She’s a dynamic forward who can play on either wing and has scored goals at every level she has played at. One of the things that really impressed us about Nele was her ability to create opportunities for herself and her teammates, and we expect that she will be a handful for SoCon defenders to have to deal with.”