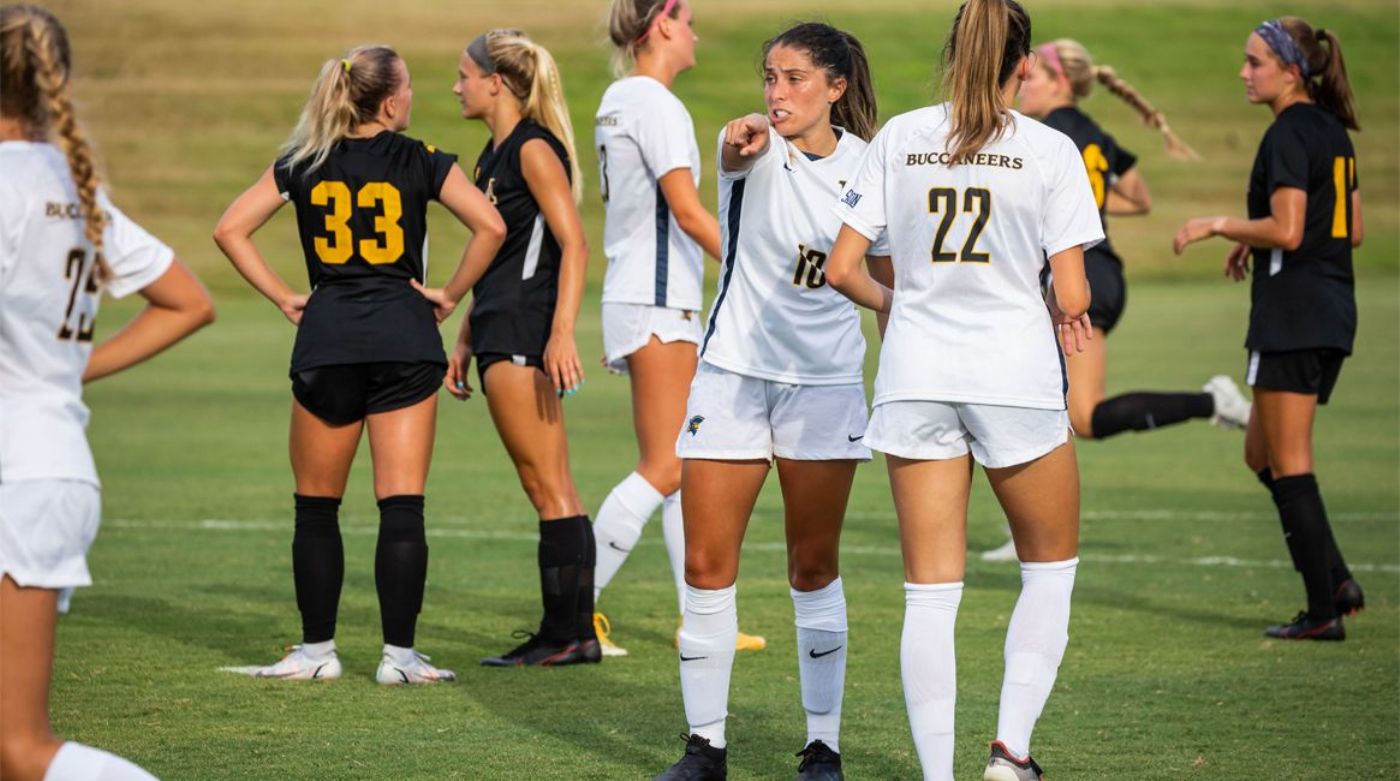 Bucs travel to Oxford to take on the ranked Rebels

JOHNSON CITY, Tenn. (Aug. 18, 2021) – The ETSU women’s soccer team will waste no time getting their feet wet heading into the season, as the Buccaneers look to top the #23 Ole Miss Rebels in their season-opener on Thursday evening.

After a season that shook up the landscape of college sports, the Bucs will get their first chance at an SEC foe in the Jay Yelton era in his first fall season in charge of the Blue and Gold. The trip south will be the first time since 2018 that the Bucs competed against a rival from the Southeastern Conference, hosting the then ninth-ranked Volunteers inside Summers-Taylor Stadium.

The Bucs are set for action on the SECN+ ($) for the season-opener against the Rebels.

Plenty of addition and hardly any subtraction defines the squad entering the 2021 campaign, looking to build off Yelton’s first year in charge of the Bucs earlier in the spring. All 20 players who played in the spring season return to the field, with an additional eight players joining the roster.

With six goals in eight games, the Bucs look to identify their next threat on goal after Sarah Connolly (Bollygowan, Northern Ireland) remains sidelined with an injury suffered in the spring. The senior entered the season with 16 career goals, placing her 10th on the program leaderboard. After a quiet sophomore campaign, Andjela Kricak (Krusevac, Serbia) will look to get back in her freshman form that saw her register two goals and six assists.

Seventh-year Pamela Penaloza (Bogota, Colombia) looks to solidify the ETSU defense, joined by a Buccaneer veteran Raffaella Giuliano (Caserta, Italy) as the two will help lead a host of incoming youth in the position.

With only one goalkeeper on the roster last season, the position has quickly become one of the most interesting battles in the preseason as two freshman shot stoppers join the depth chart this season.

The Rebels have become a consistent threat to the SEC, having competed in six straight SEC Tournaments under the tutelage of Matt Mott. Ole Miss finished with a 10-6-2 record last season, playing in both the fall and the spring. The Rebels rattled off an unbeaten streak of eight games, including six straight wins to end the season before falling in a tightly contested 1-0 battle against Duke in the NCAA Tournament.

Leading the way for the Rebels is senior midfielder Haleigh Stackpole, who finished with a team-high 16 points on four goals and eight assists last season. Leading goal scorer from 2020 Channing Foster also returns to the fold for Ole Miss, netting five goals over the course of the campaign. Mo O’Connor also returns for the Rebels, scoring four and assisting three last year. In net, Ashley Orkus returns after playing all 18 games for her side a year ago. The senior registered seven clean sheets, making 85 saves with an .825 save percentage.

It will be the third ever meeting between the two sides when they clash at Ole Miss Soccer Stadium on Thursday, Ole Miss leading the series after winning both matches in 2006 and 2009. The Bucs look for their first ever win against an SEC foe, entering the matchup at 0-13.