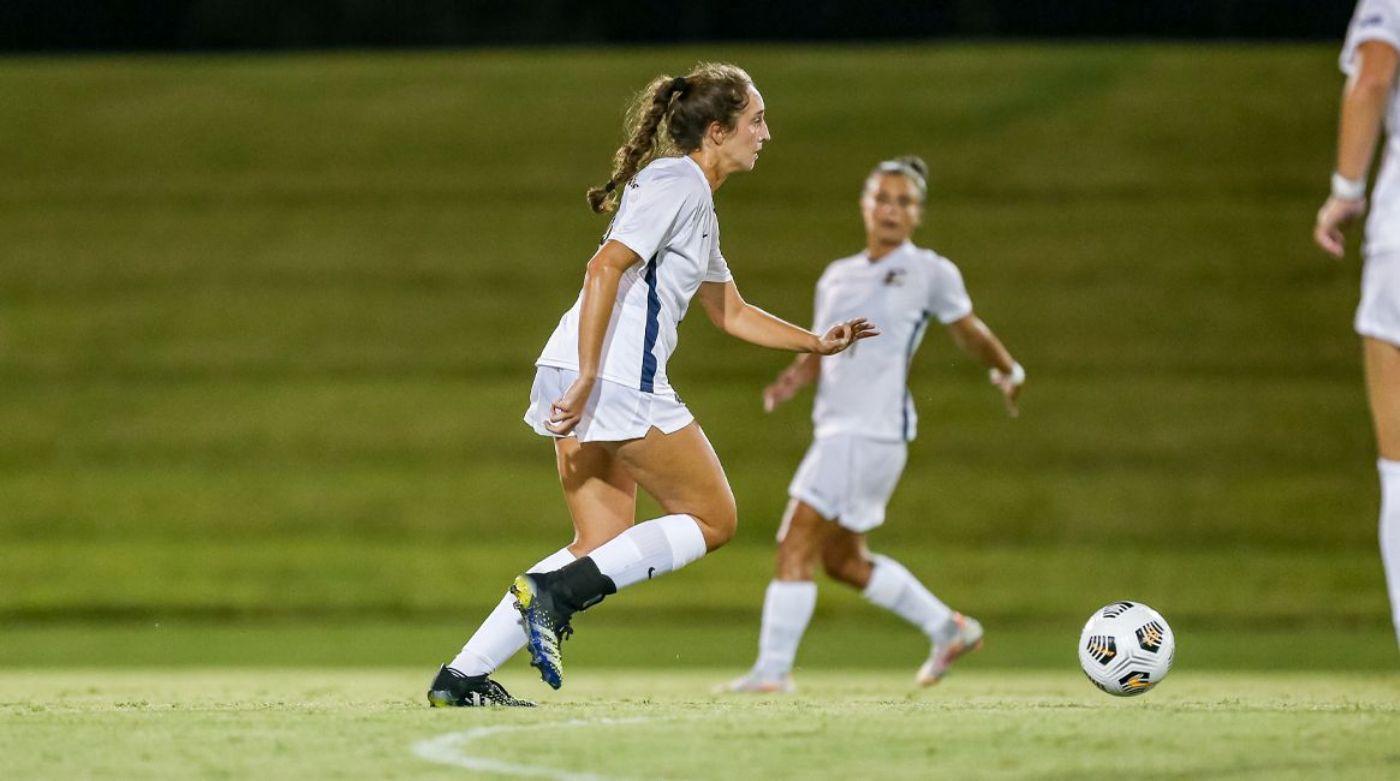 SPARTANBURG, S.C. (Aug. 31, 2021) – After a blazing start that has seen the ETSU women’s soccer team start out 2-0 on the season, the first Southern Conference award for the Blue and Gold was nabbed on Tuesday afternoon.

Slotting right into the lineup as a true freshman, Sydney Somogyi (Germantown, Tenn.) wasted no time making an impact on her squad on her way to SoCon Defensive Player of the Week nominations.

The Tennessee native made her collegiate debut in the season opener against Presbyterian inside of Summers-Taylor Stadium, helping the Bucs shut out the Blue Hose in 1-0 fashion. Not only did Somogyi and the rest of the Buccaneer defense claim their first clean sheet of the season, they allowed the second fewest shots in program history as the Blue Hose were only able to muster two attempts on goal. The only other time in ETSU’s history where the defense proved more impenetrable was in a 10-0 rout over Alabama A&M on Sept. 4, 2011, allowing just a single opportunity.

The Blue and Gold followed up the dominant performance with a strong showing against UNCA, also holding the Buccaneers without a shot in the first half. As the hosts grew into the game, the Buccaneer line answered the call and kept their opposition out of the net, needing extra time to decide the contest. Somogyi took matters into her own hands, getting on the end of a Kendall King (Charlotte, N.C.) corner kick to score the 102nd minute winner, leaving Asheville with a 2-0 record with two shutouts to match.

Somogyi became the first freshman to score in a game since 2019, Momoko Horiuchi (Paris, Tenn.) the last to strike in her rookie season. The center back also becomes the first Buccaneer to win SoCon Defensive Player of the Week honors since Sept. 3, 2019 when Tess Mrozek was awarded the nomination after her performances in goal. Somogyi becomes the first defender to win the award for the Blue and Gold.

UP NEXT
The women head out on the road again, taking on Radford in a 7 p.m. Thursday kick on Sept. 2nd.