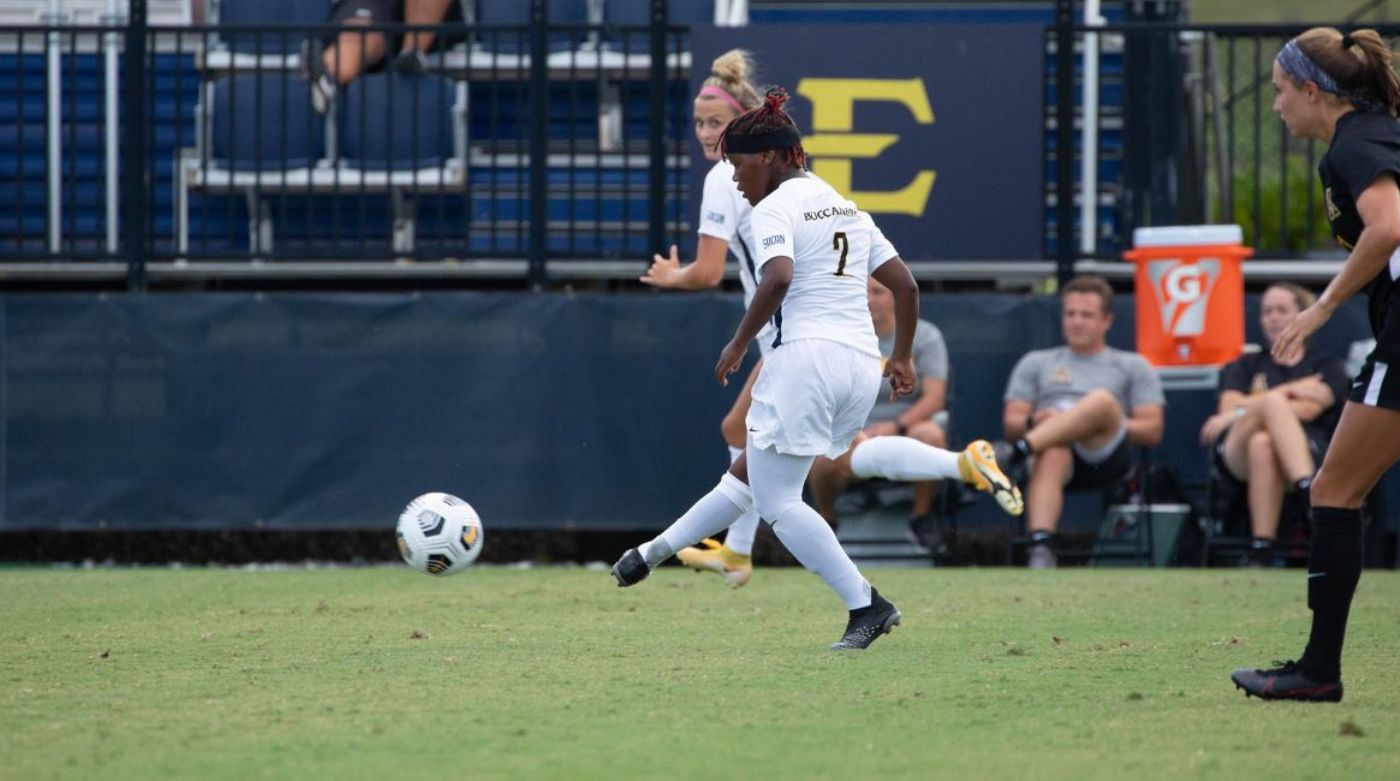 RADFORD, Va. (Sept. 2, 2021) – The ETSU women’s soccer team suffered defeat for the first time on Thursday evening, narrowly dropping a tightly contested match against the Radford Highlanders in 1-0 fashion on the road.

The Bucs will have grievances with how their goal was conceded but it proved to be the difference as the strike midway through the first half was the first given up on the season for the Blue and Gold. The Bucs move to 2-1 with the result as Radford moves to an unblemished 3-0.

Shu Ohba (Fujisawa, Japan) suffered defeat for the first time of her career after nabbing two shutouts in her first two games. The freshman saved two shots on the evening.

Lauren Seedlock gets the win for the Highlanders, moving to 3-0 on the year with her second clean sheet. Seedlock finished the night with four saves.

The Bucs grabbed the opening few chances in the contest, but the Highlanders were the first to test a goalkeeper as ETSU allowed their first shot of the first half this season 16 minutes in. Earning a free kick 25 yards out, Alexeis Kirnos forced Ohba to make a clean save to her right before resetting the Buccaneer attack.

The Buccaneers grabbed their best opportunity in the first 20 minute from an inch perfect cross from Maegan Sours (Erie, Colo.) The senior found acres of space down the right-hand side and picked out Nele Bauer (Bammental, Germany) whose header was saved by Seedlock.

Radford scored the first goal on the Buccaneer defense all season off a set piece. After Ohba went to claim a corner kick, the freshman keeper got clattered into, forcing her to lose possession of the ball. The Highlanders took advantage, Amy Swain finishing into an open net to give the hosts the advantage in the 28th minute.

The second half saw much of the same of the first, the Buccaneers holding an advantage in possession and shots, but not able to convert it into quality chances. Two untroubled saves from the Highlander keeper proved not enough to grab the equalizer, Pamela Penaloza’s (Bogota, Colombia) shot with just over five minute to go the last attack mustered from the Blue and Gold.

The Bucs have outshot their opponents in all three contests this year, holding a slight 5-4 advantage at the break despite their one goal deficit. The four shots are the first allowed all season after the first two games saw the Blue and Gold hold their opponents to zero shots allowed.

Kricak led the team with three shots, including an effort late in the first half that hit the left post before heading out of play.

The Bucs get more than a week’s rest, facing Middle Tennessee and Lipscomb on the road next Friday (Sept. 10) and Sunday (Sept. 12).