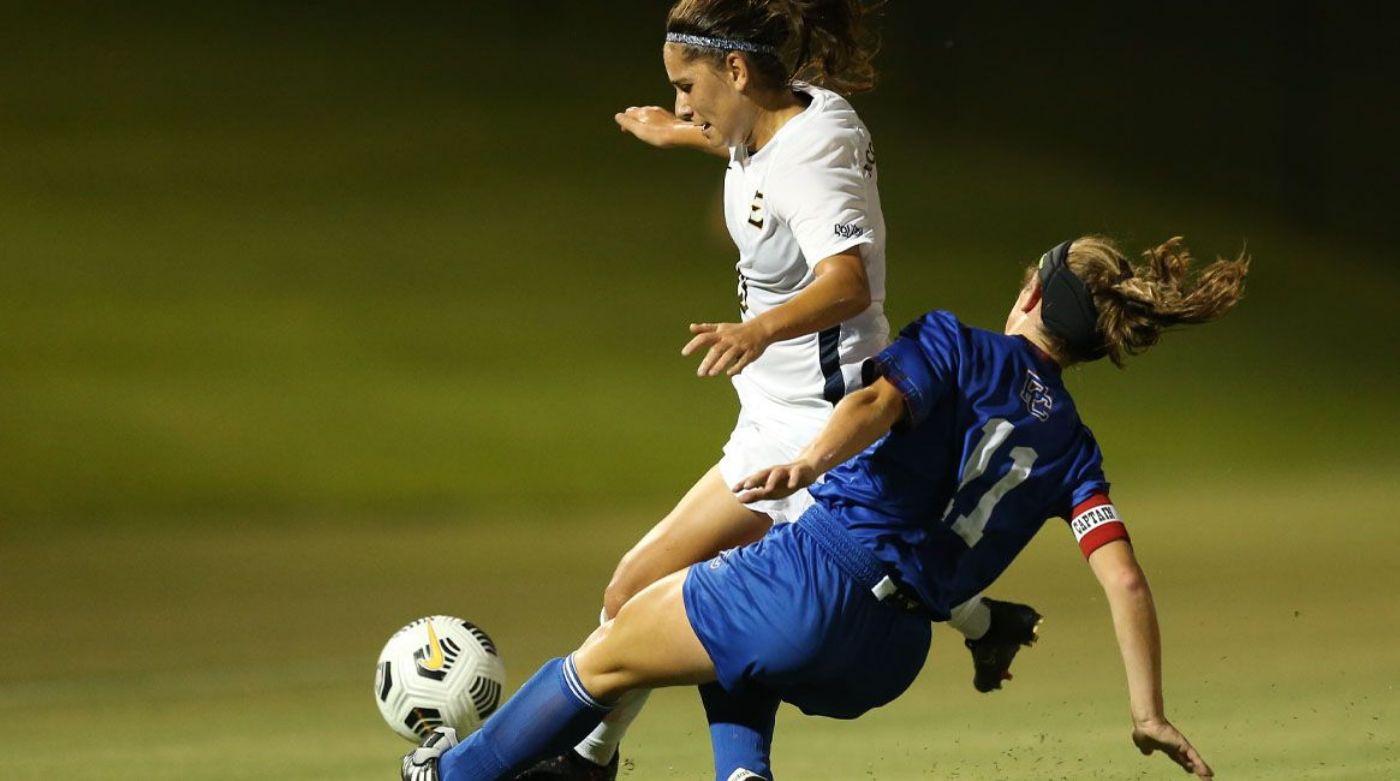 The ETSU women’s soccer team defeated Middle Tennessee on the road on Friday evening, continuing their hot start to the season with the 2-1 victory.

Kyra Ranvek (Knoxville, Tenn.) opened the scoring with two goals on each side of the half to put the Bucs up by two. Despite a free kick finding the back of the Buccaneer net, the Blue and Gold’s defense held strong and mustered the performance to hold off a late comeback charge by the Blue Raiders to move to 3-1 on the season.

Ranvek grabbed the opener for the Bucs in the dying embers of the first half, her 44th minute header finding the back of the net for her first goal of her career.

The sophomore struck paydirt again in the 65th, getting on the end of a threatening cross from six yards out and volleying it past the MTSU goalkeeper and into the net.

Shu Ohba (Fujisawa, Japan) continues a strong start to her freshman season, registering a career-high nine saves and conceding just the lone goal in the win to move to 3-1 on the year.

Hannah Suder takes the loss on the evening, her two saves not enough to fall to 3-3-1.

The Bucs opened the game with the first two chances over the first 15 minutes, unable to get past Suder. The hosts grew into the game and possibly had a goal shout of their own in the 26th. A corner kick gave the Buccaneer defense problems, flirting with the goal mouth before the Bucs cleared it out of danger. MTSU players waved their arms in the air, trying to persuade the center ref that the ball had crossed the line.

Ohba would be called upon once more in the half, matching the Blue Raider effort with her third save of the contest. As the Bucs pushed forward, Lindsey Cook (Greeneville, Tenn.) was quickest to react off the throw in, crossing it into the box. Ranvek met the pass with a header, floating it over the MTSU keeper and into the back of the net for the first goal of her collegiate career.

Despite the hosts getting more comfortable on the ball, the Bucs defense held strong to avoid an initial wave of pressure. On the first shot of the second half, the Blue and Gold doubled their advantage through Ranvek once more. The sophomore got on the end of Momoko Horiuchi’s Paris, Tenn.) cutting cross and volleyed it into the back of the net to put the Bucs up 2-0.

Middle Tennessee got a consolation goal back near the 80th minute through a free kick, cutting the lead back to one. The Blue and Gold defense held strong over the final 10 minutes, however, able to cling on to their lead to walk off with a big 2-1 away win.

The Bucs are off to their best start since 2015, that side also starting the year with three wins out of their first four matches.

In his early tenure, Head Coach Jay Yelton is now 2-0 when his side scores multiple goals in a match.

Ranvek is the first Buc since the 2019 season to score two or more goals in a game, Sarah Connolly last reaching that mark in the 5-0 win against SC State on September 30th with a hat trick.

The women hit the road for another in-state matchup on Sunday, taking on Lipscomb on Sunday afternoon in Nashville.