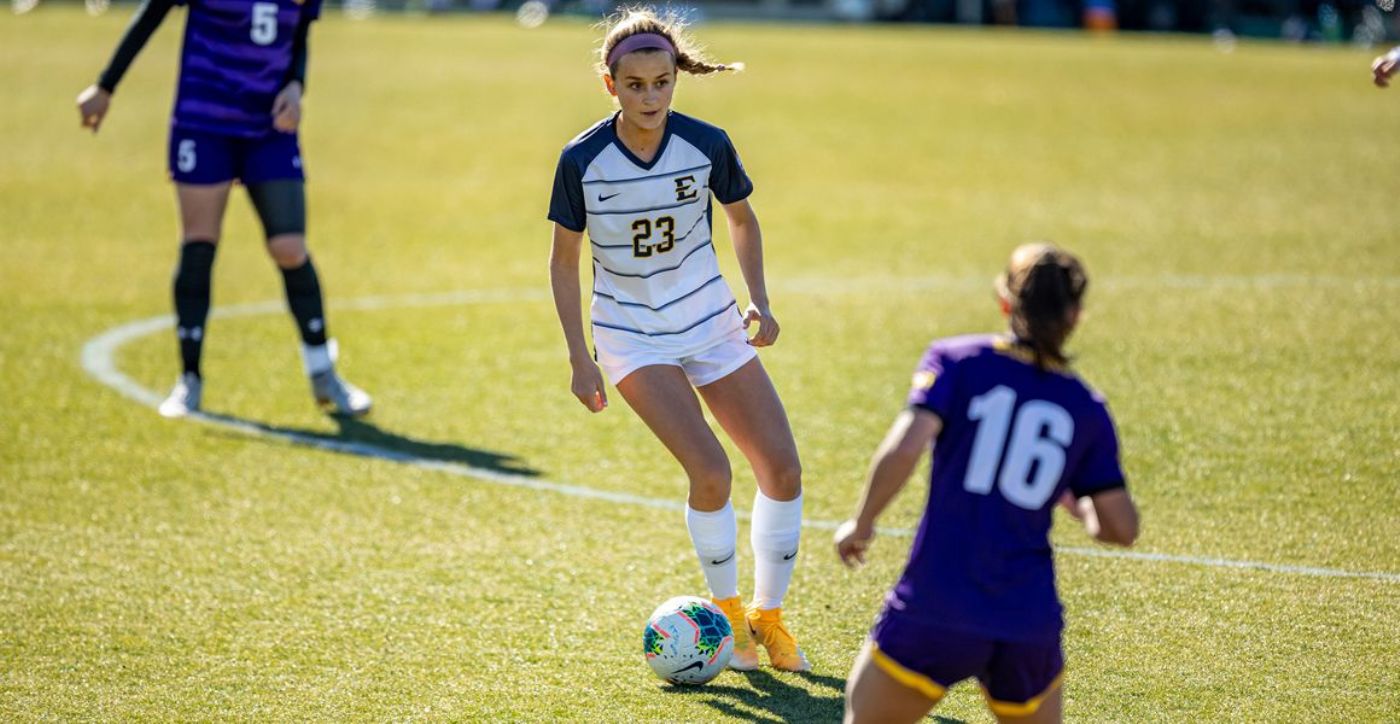 Ranvek helped lift the Blue and Gold to a 1-0-1 mark last week as ETSU defeated MTSU 2-1 in Murfreesboro, while playing ASUN preseason favorite Lipscomb to a 1-1 draw Sunday afternoon in Nashville.

The Buccaneer sophomore picked a great time to score her first collegiate goals, as her strike in the 44th minute gave ETSU the 1-0 halftime lead. From there, Ranvek put the game on ice when Momoko Horiuchi (Parris, Tenn.) crossed one six yards out, resulting in the Knoxville, Tenn. native volleying the ball over the keeper in the 66th minute. Ranvek, who played 36 minutes off the bench, made the most of her two shot attempts against the Blue Raiders. Ranvek played 44 minutes in Sunday’s match against Lipscomb, where ETSU remained unbeaten against the Bisons on their turf.

This marks the Bucs’ second weekly award of the season as freshman Sydney Somogyi (Germantown, Tenn.) was named SoCon Defensive Player of the Week on Aug. 31.