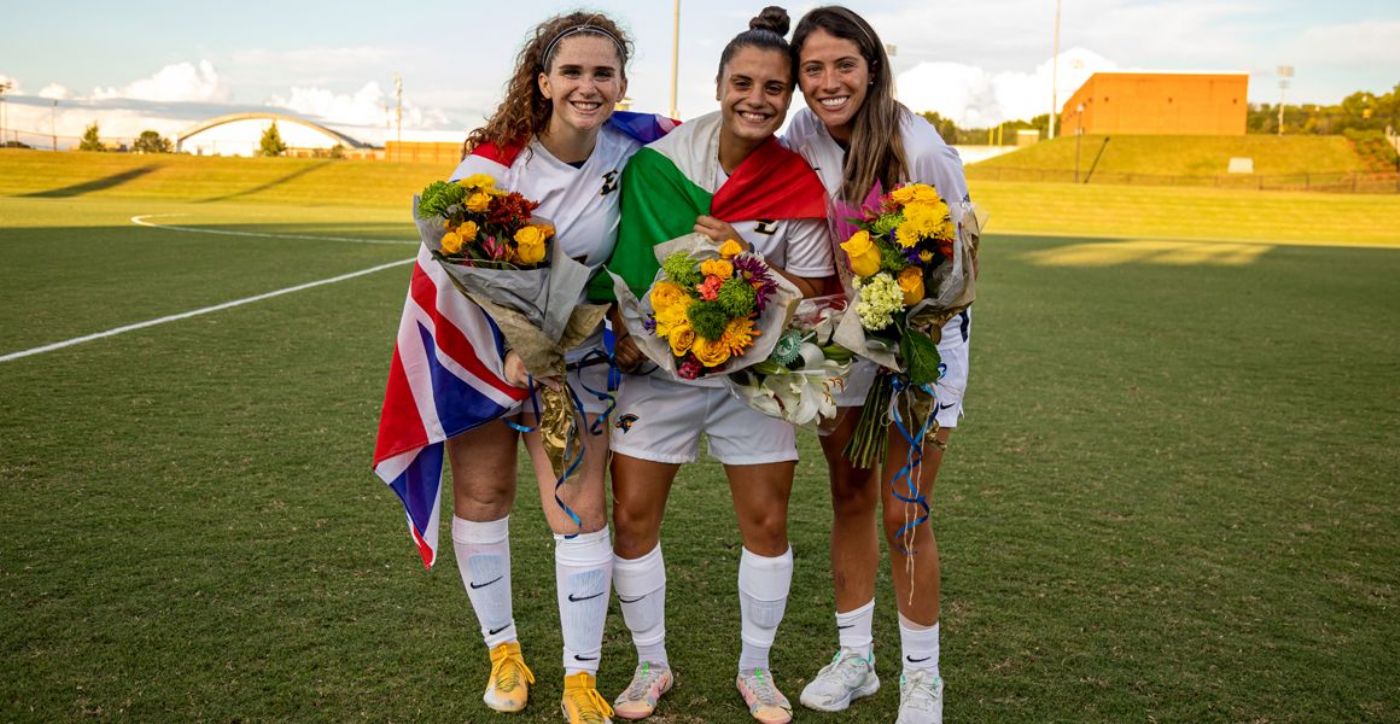 The Bucs looked to have cracked the scoreboard when Momoko Horiuchi (Paris, Tenn.) put one through the back of the net in the 70th minute; however, the line judge signaled offsides to wipe off the goal. Despite a couple of scoring chances in overtime, the Blue and Gold were unable to find the golden goal and walked away with their second straight tie.

ETSU remained unbeaten in its last three games as the Bucs’ record moved to 3-1-2, while Tennessee Tech – who was playing its first game since Aug. 29 – went to 1-3-1 on the year.

Freshman Shu Ohba (Fujisawa, Japan) was stellar in goal as she registered a career-high nine saves and is now 3-1-2 on the campaign. Ohba registered her third clean sheet of the season. Tennessee Tech’s Isabelle Austin – the 2020-21 Ohio Valley Conference Goalkeeper of the Year – totaled three saves, moving her mark to 1-3-1.

The Bucs got off to a sluggish start as the Golden Eagles out-shot ETSU, 7-1, in the opening 45 minutes. Five of those shots were on goal, but Ohba kept TTU off the board. ETSU’s lone shot in the half came from Horiuchi in the 42nd minute, but she misfired high and right of the net.

Both teams had one corner kick in the first half and each committed three fouls.

ETSU picked up the pace in the second half and in overtime as they generated eight shots – four coming on goal. Following the unfortunate and controversial call on the Horiuchi play in the 70th minute, the Bucs missed a golden opportunity in the 99th. With ETSU having a corner kick, the ball was played to the box and Jenna Brown (Claremore, Okla.) had two shots on goal. However, her first shot to the lower right-hand corner was saved by a TTU defender and her second attempt was blocked. The Golden Eagles had the final shot in the opening overtime stanza, but Ohba made her ninth save of the night, sending it to another 10-minute period.

The Bucs had two corners in the second overtime but didn’t put a shot on net, while TTU’s shot in the closing seconds was high off the mark.

Brown and Raffaella Giuliano (Caserta, Italy) each had two shots, while Chloe Smith led all players with five shots (four on goal) for the visitors from Cookeville.

ETSU opens Southern Conference play next Friday when the Bucs host The Citadel at 7 p.m. at Summers-Taylor Stadium.