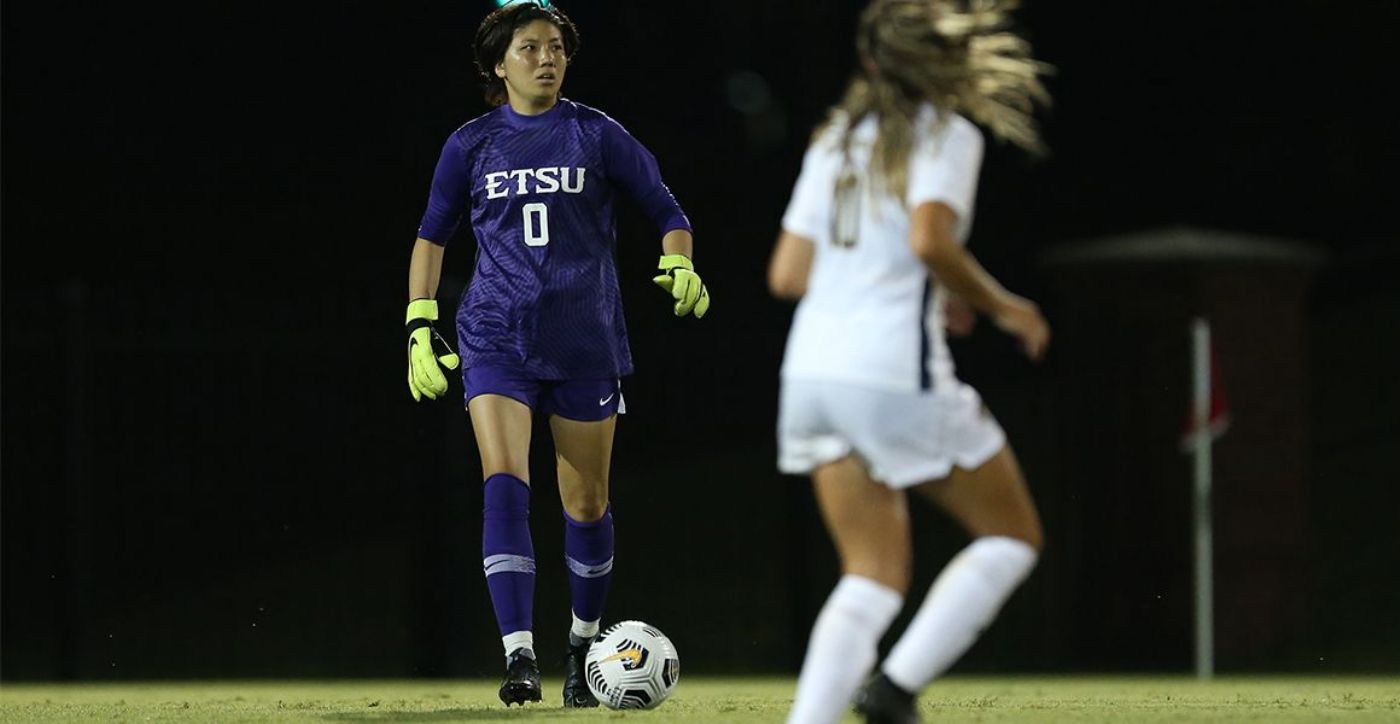 Ohba was stellar yet again in goal last Friday night as she kept Tennessee Tech scoreless for all 110 minutes in the 0-0 draw inside Summers-Taylor Stadium. The Buccaneer freshman posted a career-high nine saves en route to recording her third clean sheet of the season.

Five of the nine saves came in the first half where the Bucs were out-shot, 7-1, while also coming up big in overtime by stopping two shots. Ohba was tested early and often as her first save came in the opening minute, while the other four first-half saves were all registered in the first 20 minutes. The nine saves were the most by a Buccaneer keeper since Sept. 1, 2019 when Tess Mrozek stopped 12 shots versus Gardner-Webb.

Ohba becomes the third Buccaneer player to collect a SoCon weekly honor this season. Last week, sophomore forward Kyra Ranvek (Knoxville, Tenn.) was named Player of the Week, while freshman Sydney Somogyi (Germantown, Tenn.) was named SoCon Defensive Player of the Week on Aug. 31. This marks the first time since 2014 where three different Buccaneers have earned a weekly honor. During that 2014 season, Simona Koren received two awards, while Hannah Short and Sarah Zadrazil both earned one.