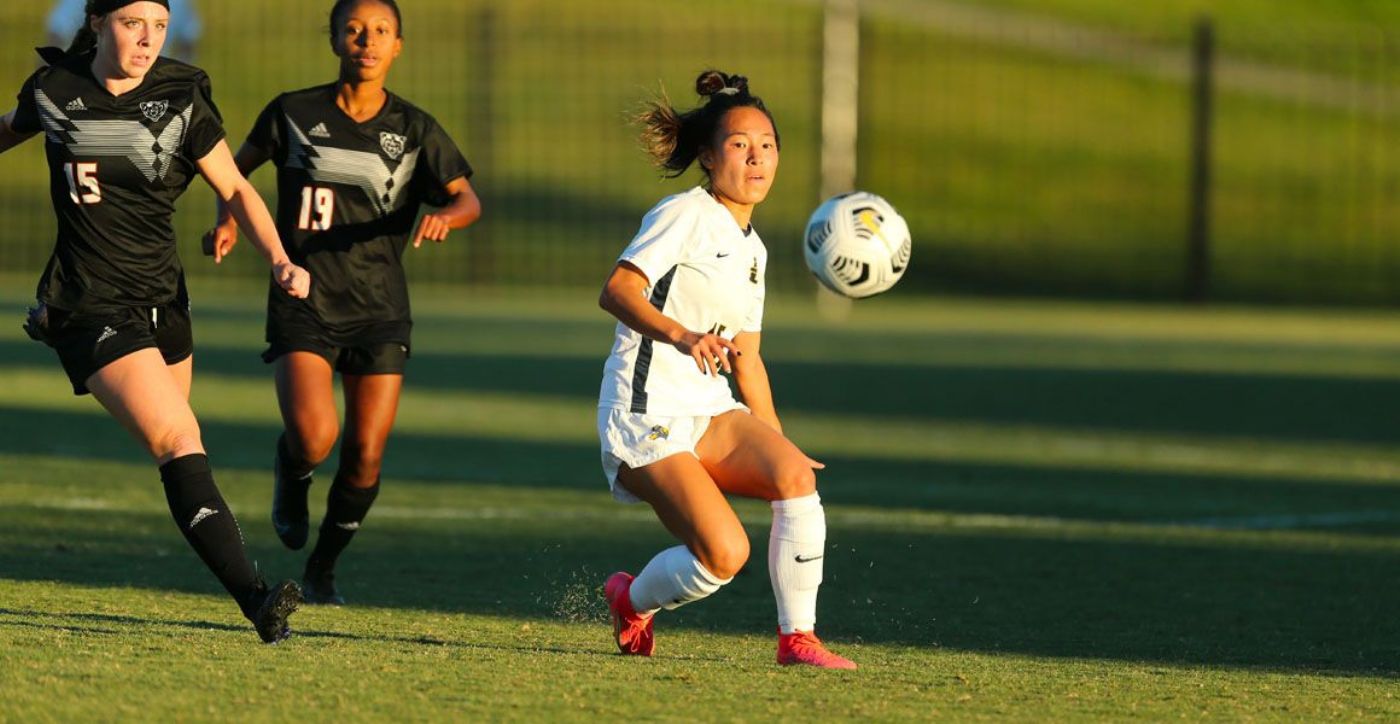 GREENVILLE, S.C. (Oct. 3, 2021) – Looking to cap off the Southern Conference road sweep in The Palmetto State, the ETSU women’s soccer team couldn’t complete the task, as the Buccaneers fell to preseason conference favorite Furman, 3-1, on Sunday afternoon at Stone Stadium.

The Paladins struck for two first-half goals – the first coming from Jasmine Greene in the 10th minute – while Greene assisted Nieva Gaither for Furman’s second score in the 26th minute.

Furman added to its lead early in the second half when Paige Carlson (Johnson City, Tenn.) took down Ashlyn Goila in the box, setting up a penalty kick. Isabella Gutierrez, the reigning SoCon Player of the Year, capitalized on the shot, giving the Paladins a 3-0 advantage in the 50th minute.

The Blue and Gold struck in the 69th minute when Momoko Horiuchi (Paris, Tenn.) found the back of the net for her first goal of the season. Horiuchi put on some impressive moves as she fooled a pair of Paladin defenders to create space at the top of the 18-yard box and fired one to the right post for the score.

Neither team scored for the final 21 minutes as Shu Ohba (Fujisawa, Japan) was tested with a pair of shots and Madi Hook (Fareham, England) put a shot on net with a header in the 81st minute for the Bucs’ final look.

Furman out-shot ETSU, 13-6, with eight of those shots coming on goal, compared to four by the Bucs.

Ohba totaled five saves, while the three goals allowed by the Bucs marked a season high.

Horiuchi recorded her third career goal and the first since scoring the game-winner in the 5-2 victory over Delaware State on Sept. 8, 2019.